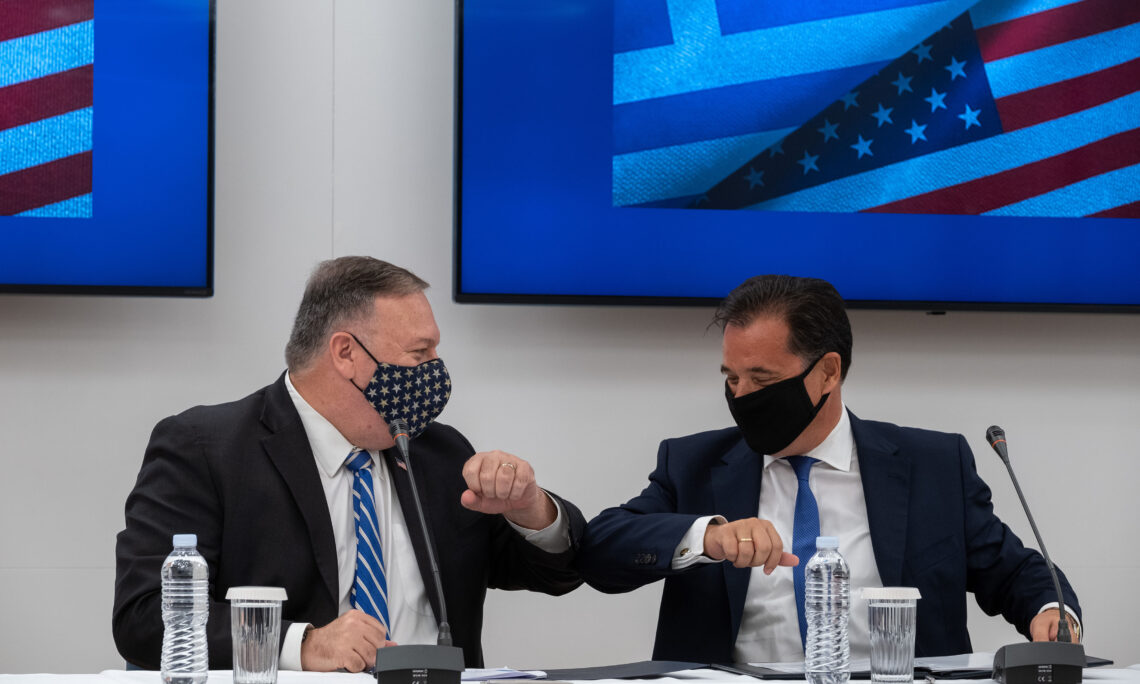 The U.S.-Greece Science and Technology Agreement was signed by U.S. Secretary of State Michael R. Pompeo and Greece’s Minister of Development and Investments Adonis Georgiadis, accompanied by U.S. Chief Technology Officer Michael Kratsios and Deputy Minister of Development and Investments Christos Dimas at a ceremony in Thessaloniki, Greece, on September 28, 2020.