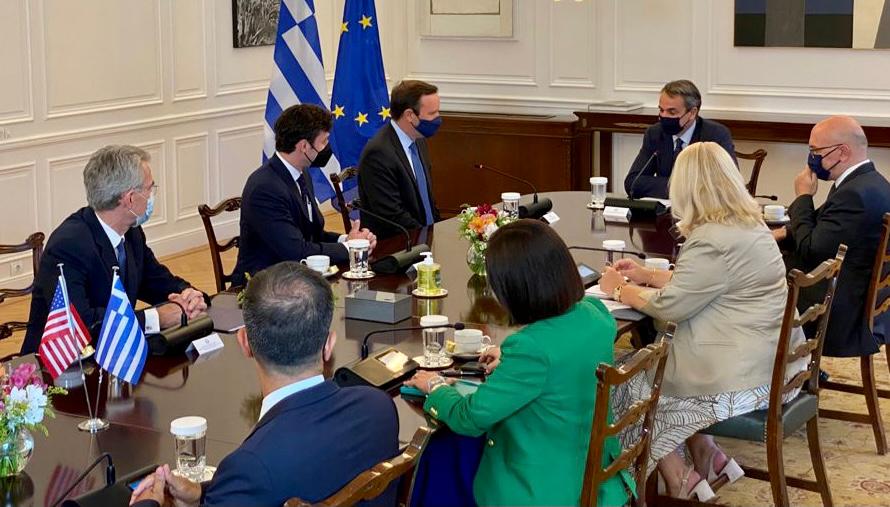 Senators Murphy and Ossoff’s visit came as the U.S.-Greece relationship is at a historic high point, as Greece commemorates the bicentennial of its fight for independence throughout 2021.  American philhellenes fought shoulder to shoulder with Greeks then, and the remarkable friendship that started 200 years ago carries on through today. Throughout the visit, the delegation was especially proud to represent the strong Greek-American communities in Connecticut and Georgia.

In their engagements, Senators Murphy and Ossoff highlighted the importance of U.S.-Greece cooperation toward long-lasting security, peace, and prosperity in the Eastern Mediterranean and Western Balkans; Greece’s efforts toward greater regional cooperation on security, political, energy, and economic issues; as well as its increasingly close relations with North Macedonia, Albania, and Kosovo.  They affirmed the U.S. would continue to lead efforts to build a stronger transatlantic community and support efforts to build a region characterized by cooperation rather than conflict, and governed by international law. They also highlighted the strong bipartisan Congressional support for the U.S. alliance with Greece.