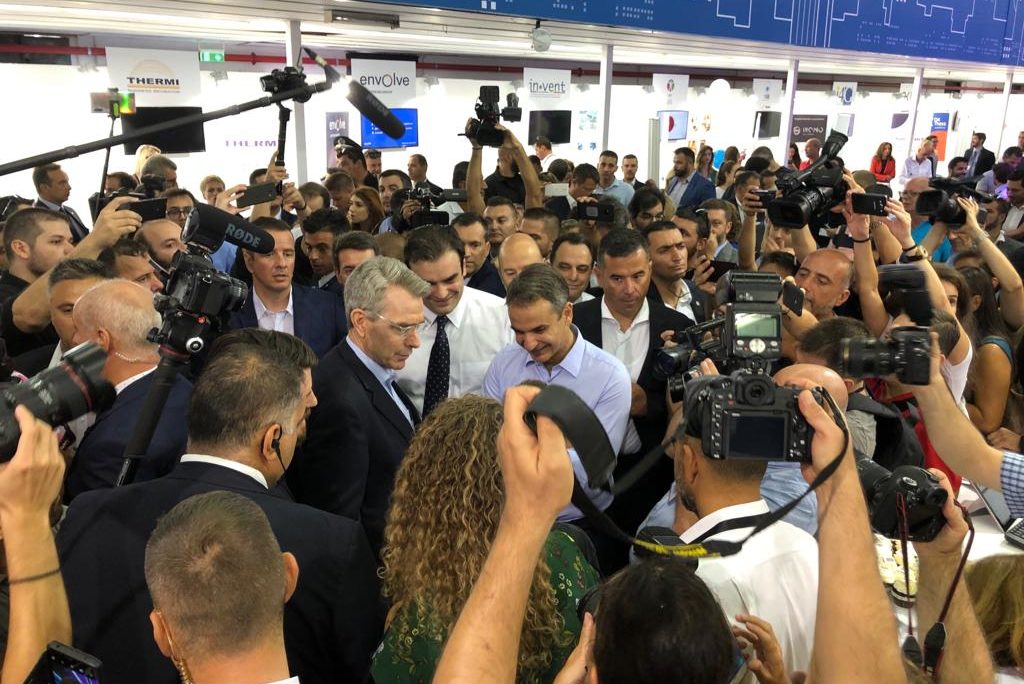 The U.S. and Greece: Taking the Next Steps as Partners

The United States took a great step forward in our relationship with Greece, especially in northern Greece, as the Honored Country at the 2018 Thessaloniki International Fair.  The depth and breadth of our engagement not only demonstrated the many benefits of our relationship, but inspired us all to reach even further.  We have generated new momentum, expanding beyond the Fair, and invigorating our collaboration in all areas.  As the 2019 Fair approaches, we promise to continue building on that positive momentum in all aspects of our relationship, from energy and commerce, to security and defense, to education and culture.  We will take these next steps, together, with the new Greece.

In this context, the United States is pleased to return for the 84th Thessaloniki International Fair from September 7-15, 2019 and to join India’s celebration as Honored Country.  Our renewed presence, USA@TIF2019, will focus on sharing experiences and expertise in entrepreneurship, innovation, and technology through a series of programs and fostering the “agora of ideas” for which the U.S. presence as Honored Country at TIF2018 became so well known.

The Embassy will co-sponsor the 4th Global “Agripreneurs” Summit to connect the Fair with the theme of this year’s Global Entrepreneurship Summit, the preeminent gathering of entrepreneurs and investors from around the world, which the U.S. and the Netherlands co-hosted in June.  The Summit will include public events, a trade expo, and a competition for agri-food companies – all to help our Greek partners take the next step forward in this important sector of the Greek economy.

Meanwhile, together with our partners at Found.ation, the U.S. Innovation Hub will return to this year’s Fair, offering entrepreneurship and digital skills workshops as well as “re-skilling” seminars that transition workers from non-digital fields into the digital sector.  Finally, with our long-time partners at the American Hellenic Chamber of Commerce, we will bring a series of high-profile U.S. speakers to this year’s Fair to address topics such as artificial intelligence, big data, smart cities, education and STEM practices, motion picture creation, new retail, defense and cybersecurity.

All of these events are part of our greater vision to build on our excellent partnership and take the next steps together towards renewed prosperity.

In energy, for example, the U.S. strongly supports Greece’s efforts to become a regional hub.  With the near completion of the Trans Adriatic Pipeline, the recent ground breaking of the Interconnector Greece-Bulgaria, steady interest in the Alexandroupoli floating storage and regasification unit, and bilateral discussions about revitalizing the oil pipeline to North Macedonia, northern Greece is rapidly transforming into a crucial crossroads for European energy security and diversification, as well as a site for major long-term investment.  ExxonMobil is a key investor in the hydrocarbon blocks off of Crete, and GE is expanding into the renewables sector.

The U.S.-Greece partnership is deepening in security and defense as well.  We are working with the Greek Ministry of Defense on a $2.3 million project, funded by the U.S. military, to remove the sunken dredger Olga from the Alexandroupoli port.  Removing the Olga will revitalize the port, making it a valuable asset for Greece, more attractive for investment, and it will also strengthen our bilateral military relationship and Greece’s role in NATO, increasing access and flexibility for military deployments like the recent U.S. Army Europe-led, multinational exercise Sabre Guardian.  We will also welcome the U.S. Army’s 3rd Combat Aviation Brigade to northern Greece this October.

Following the launch of the U.S.-Greece Strategic Dialogue in Washington last December, Thessaloniki hosted 39 future U.S. leaders for the first-ever Gilman Scholar Regional Career Summit.  During the Summit, this diverse group explored international career opportunities by visiting impressive sites like Aristotle University’s technology park.  We also launched the FLEX program in Greece, sending high school students for a year of study in the U.S. with the support of the Greek Ministry of Education (including impressive students from northern Greece!).

These are a few of the steps we have taken with our Greek partners since TIF2018. Our renewed presence at this year’s Thessaloniki International Fair reinforces the U.S. commitment to enhance our engagement in northern Greece and reinforce Thessaloniki’s role as the international gateway to the Western Balkans.  I hope you will all join us for the American programs in Thessaloniki. I look forward to seeing you there.