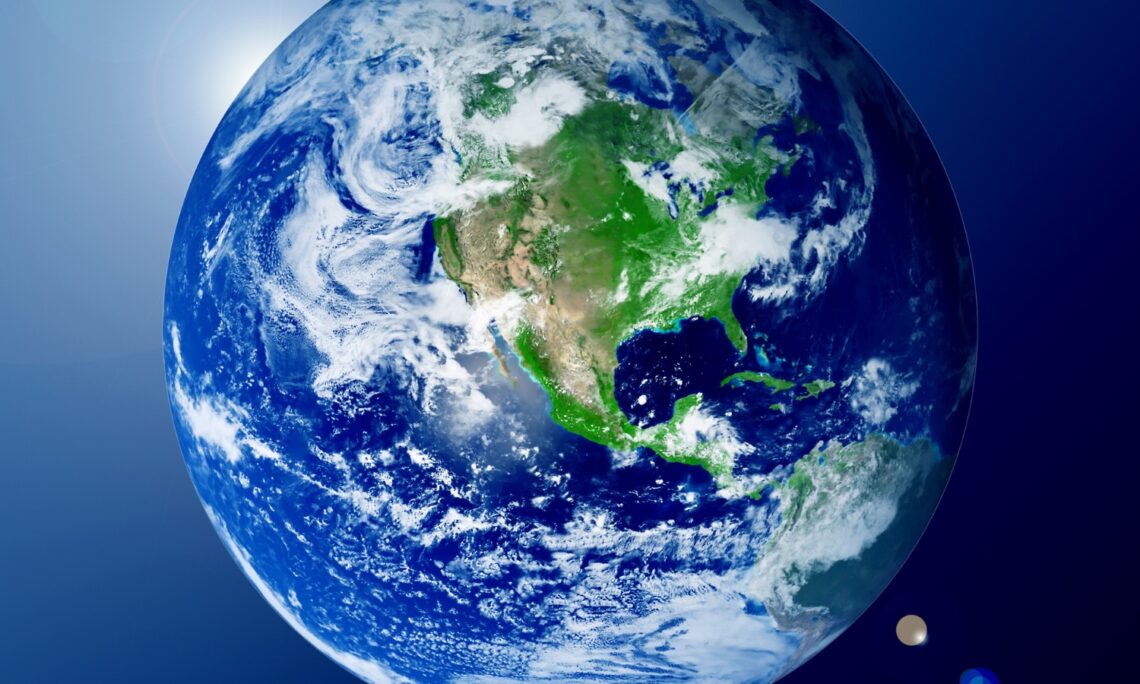 Greek Minister of the Environment and Energy Kostas Skrekas

The relationship between the United States and Greece is stronger than ever before, and today we are building on that remarkable foundation to chart a course forward on one of the most formidable and defining issues of our generation: the climate crisis.

In order to keep the Earth’s warming to 1.5 degrees Celsius and avoid catastrophe, every country needs to do more.  The world has already fallen behind on the targets we set five years ago with the Paris Agreement, and those targets didn’t go far enough.

U.S. President Joe Biden convened this week’s Leaders Summit on Climate to underscore the urgency and the economic benefits of stronger climate action. At the summit, Greece stated its commitment to becoming a clean energy leader undertaking significant initiatives to rid its economy of coal and polluting fuels.

Greece was among the first countries to support the revised agenda of the EU, which amended the targets of its 2030 Energy Strategy in order to achieve a 55% reduction of its total Greenhouse Gas Emissions compared to the levels of 2005.

Testament to that is the bold decision of Prime Minister Kyriakos Mitsotakis who pledged that Greece will complete its flagship reform, the retirement of all lignite-fired power plants sooner than originally planned.

The United States commends Greece’s leadership in this effort, and for demonstrating how countries can aim higher than their current Paris commitments. As Special Presidential Envoy for Climate John Kerry has stressed, we all need to do more.  Our shared future depends on it.

Both President Biden and Prime Minister Mitsotakis have made climate action a central pillar of their national policies and proposed ambitious green goals to achieve a net-zero emissions economy.  Our countries are committed to working together to foster investments in clean energy, e-mobility, and the circular economy, which will build healthier and more sustainable societies and protect our planet for future generations.

Greece is renowned as one of the most beautiful countries on Earth, home to some of the planet’s most stunning and diverse natural landscapes.  We share a responsibility to protect Greece’s rich natural heritage and resources so that they can be enjoyed for generations to come.  While doing so, we can also create prosperity and economic opportunities for both our countries.

Already, U.S. investments in Greece’s green sectors are creating jobs for both our peoples. Companies like Ameresco and 547 Energy are harnessing Greece’s wind energy and connecting it to existing grids.  Blink Charging has created a network of electric vehicle charging stations in Greece, and Tesla, with its research facility at Demokritos, is also entering the Greek market.  And Envipco is helping Greece develop a circular economy that maximizes the reuse and recovery of materials while reducing plastic pollution.

We are proud of U.S. companies for supporting Greece’s climate change agenda and bringing American technology and expertise to the Greek market.  U.S. companies like Procter & Gamble are leading by example, demonstrating how good business practices include social and environmental responsibility and stewardship.

Investments in natural gas, which in the coming years will play the role of a “bridge” fuel for the transition to the production of renewable energy, will also play a significant role in energy transformation and the reduction of the environmental footprint.  Such is the case of the Alexandroupolis Independent Natural Gas System, including the floating storage regasification unit, with the participation of Copelouzos Group.  The project will secure new natural gas quantities for the supply of the Greek and regional markets, offering new sources and routes of natural gas supply and enhancing the security of supply.

Equally important for the efficiency of the electricity grid is the investment in the Mytilineos group, which is building a new, gas-fired power plant which features cutting-edge General Electric gas turbines.  This state-of-the-art power station will significantly reduce greenhouse gas emissions compared with a lignite-powered plant, supporting Prime Minister Mitsotakis’s ambitious plan to close all lignite power plants by 2028.

With the global renewable energy market projected to grow to $2.15 trillion by 2025, and solar and wind technicians among the fastest growing jobs in America and Greece, there are many more opportunities we can realize together.  We commend Greek companies like Sunlight, one of the world’s top manufacturers of industrial and advanced technology batteries, and Raycap, which provides surge protection equipment for electricity grids and critical wind power infrastructure, for expanding their businesses to the United States.  Terna Energy’s wind park investments in Texas are another example of how our bilateral trade and investment benefits our economies and the planet.

We are also working with international organizations and civil society to conserve and restore forests; promote sustainable agriculture and fisheries; stop illegal logging, mining, and fishing; and combat wildlife trafficking and marine plastic pollution.  These efforts will help preserve the planet’s natural beauty and resources and will provide economic benefits for generations to come.

In addition, the United States and Greece are helping to train and empower the next generation of scientists and conservationists.  Our new bilateral Science and Technology Agreement will provide even more opportunities for collaboration in climate science and related fields.  Meanwhile, programs such as GLOBE are bringing together students and our leading researchers at institutions like NASA and the University of Athens.  We are also collaborating to protect cultural heritage from the impacts of climate change.

As U.S. Secretary of State Antony Blinken emphasized in his remarks this week on America’s Global Climate Leadership, climate change is both our biggest challenge and the biggest opportunity that can improve our lives.  As the United States and Greece celebrate two hundred years of friendship and work to take our relationship to new heights, we reaffirm our commitment to confronting this challenge and seizing the opportunities it creates.  To put it simply, there is no time to waste:  our future depends on the choices we make today.