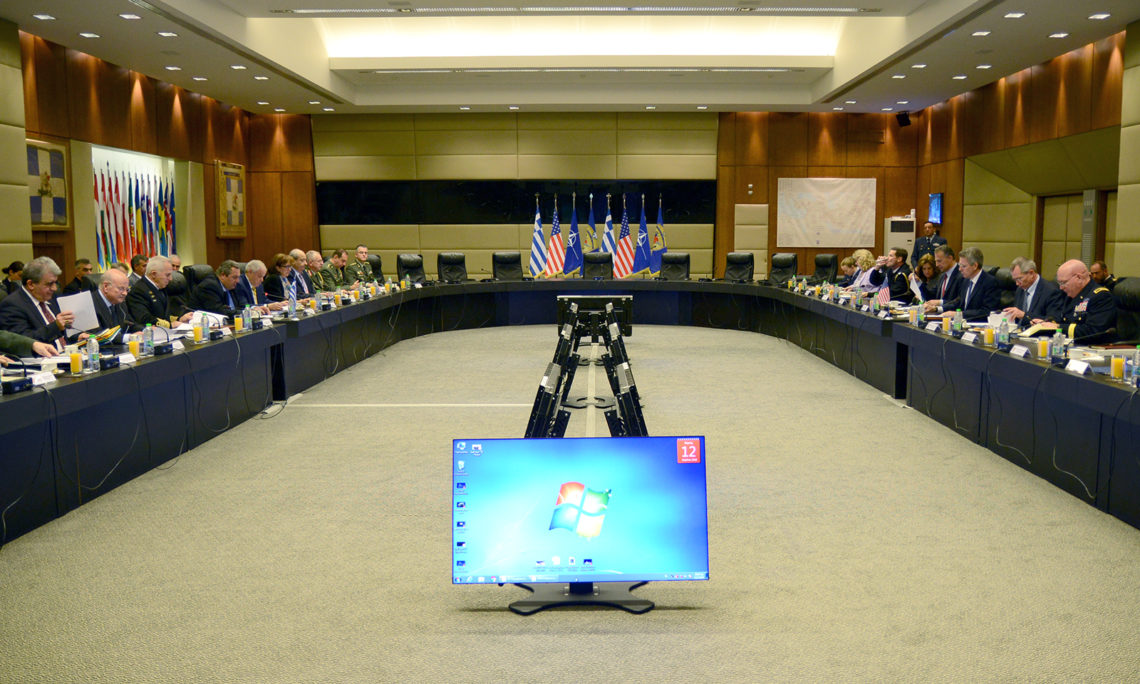 The High Level Consultative Committee (HLCC) is a regular dialogue between the U.S. Department of Defense and the Hellenic Ministry of National Defense, which Washington and Athens take turns hosting.  This week’s discussion was the 18th meeting of the HLCC, led on the U.S. side by Thomas W. Goffus, Deputy Assistant Secretary of Defense for European and NATO Policy, and Jonathan Cohen, Deputy Assistant Secretary for European and Eurasian Affairs, and comes at an important time given the many regional challenges we are currently facing together. The last time the HLCC convened was summer 2016 in Washington, D.C.

During today’s HLCC, we discussed areas of shared strategic interest such as stabilizing NATO’s Southern and Eastern Flanks, NATO coalition operations, and opportunities to deepen cooperation in the Middle East and Eastern Mediterranean. We also discussed the U.S. National Defense Strategy, Greek views on regional security challenges, and our ongoing and robust bilateral defense cooperation.

We expressed our deep appreciation for Greece’s commitment to our bilateral relationship through hosting Naval Support Activity Souda Bay, a platform critical to achieving our joint defense and security goals in the region. We also thanked Greece for its continued fulfillment of its pledge to NATO to invest at least two percent of its GDP in defense annually.  We discussed opportunities to further our bilateral defense cooperation in the months ahead.

We consider Greece a pillar of stability in the region, and its support is critical to achieving our joint foreign policy security objectives in the region.

We thank the Greek government and Ministry of Defense for their hospitality and for a productive exchange of views.