Home Home | News & Events | “The crisis we face is real”: Blinken on why Biden is convening a Summit for Democracy 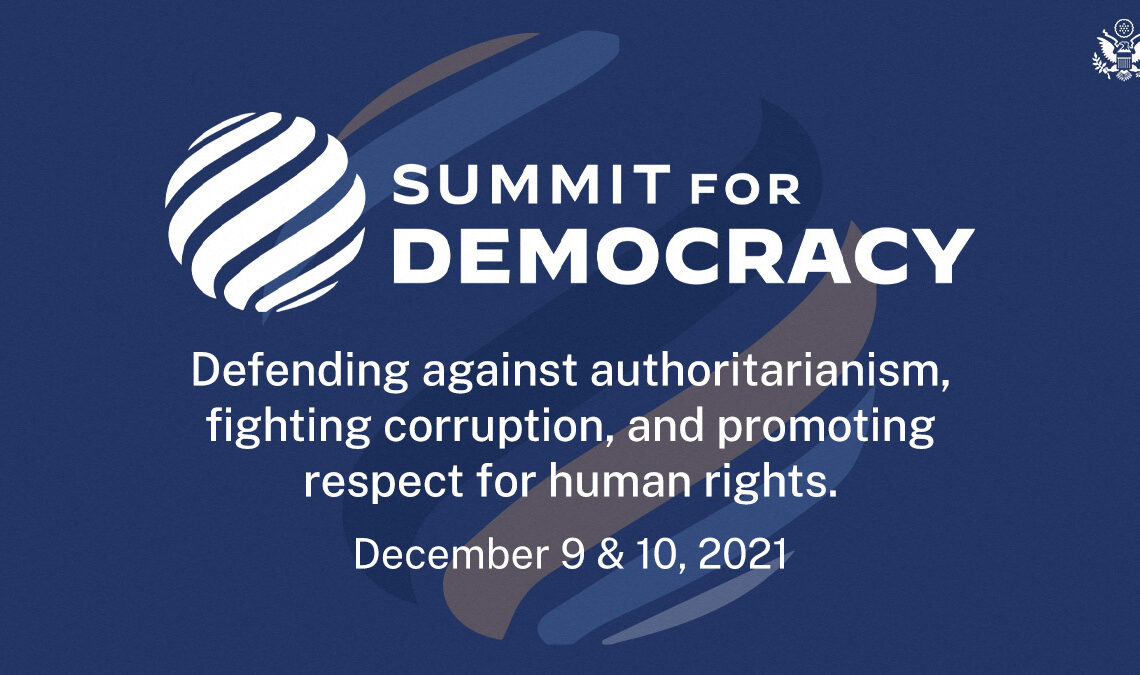 Democracy is facing a moment of reckoning.

For 15 years, global freedom has declined, according to the human rights organization Freedom House. It’s happening in authoritarian countries, where rulers have restricted people’s freedoms, canceled and postponed elections, and cracked down on political opponents with increasing brutality – and in democratic countries, where mis- and disinformation have eroded trust in public institutions, political polarization has widened, and long-standing challenges like economic inequality and systemic sexism and racism have left many feeling like the system won’t ever work for them.

The COVID-19 pandemic has made these problems more acute. Unscrupulous leaders have seized the opportunity to crush freedom of assembly and crank up surveillance, and false information about the virus and vaccines has spread widely.

This is why President Joe Biden is bringing more than 100 governments together for the Summit for Democracy, which begins Wednesday.

And whether you live in a country where democracy is strong or where the chance of a free and fair election is nonexistent, this matters to you.

Autocrats see how misinformation campaigns or sham trials worked in another country and try them at home. They point to divisions within democracies to make the case to their citizens that democracy is an inferior system that could never deliver for them.

Likewise, when democracies foster strong and inclusive economies, handle political disagreements without bloodshed, provide public safety without denying civil liberties, and maintain stability with free elections and peaceful transitions of power, others see those results and want them for themselves. In this way, what we do in our own countries shapes what other countries do in theirs.

We also affect each other directly through our one-to-one interactions – for example, development assistance deals that include support for human rights – and multilaterally. Organizations like the United Nations, NATO and the World Bank have a direct impact on countries’ policies and practices.

When there’s a broad-based commitment in those forums to democratic principles and human rights, those ideals are fortified across countries and communities.

That’s why strengthening democracy can’t be a solo endeavor that countries do in isolation. It must be approached as a global mission – governments, civil societies, private sectors and citizens working together across borders, languages and cultures – everyone committed to inaugurating a new era of rising freedom and stronger human rights protections around the world.

That’s the idea behind this week’s summit. President Biden has convened a majority of the world’s governments to address the challenges facing democracies, such as defending internet freedom, reducing the misuse of surveillance technology, fighting disinformation and protecting the rule of law. Civil society groups from many countries will also be there, because they’re critical for holding governments accountable and making sure democracy delivers for people.

To encourage accountability, President Biden will bring everyone together in a year to report our progress. The United States will be making commitments, too.

We hope to see positive change coming out of this summit, with measurable progress before long. But on a deeper level, our goal is simpler: to get leaders and citizens on the same page.

Authoritarian governments are actively working to sow division and distrust in democracies. The crisis we face is real. We must be clear-eyed and united in our determination to rise to this moment.

There’s a limit to how much we can protect our own democracy without others. Without shared standards on new technologies, we can’t sufficiently protect Americans’ privacy. Without other countries protecting their media ecosystems, Americans will be targeted for more disinformation.

Without all democracies fighting corruption, the global financial system is undermined – with real consequences for the global economy and for people’s lives. In our world, there’s a hard limit to what countries can do alone. We need democratic unity to meet the challenges of our time.

That said, we don’t want to create a world of rigid ideological blocs. The countries at the summit represent a spectrum, from rock-solid democracies to ones that have backslid.

They’re all welcome, because our goal is that we all move in a better direction. That’ll look different from country to country. And we will work with anyone – including countries that can’t be considered democracies at all – to solve shared problems.

Finally, the President convened this summit because to get democracy rising again, the United States must lead. We aren’t perfect. We, too, have work to do at home.

But we’re a 245-year-old democracy of people from every country and background, and we’ve wrestled openly with how to become a more perfect union from the start. No country represents the promise of democracy, its challenges or how it offers the unique ability to improve on itself like we do. At this moment of reckoning for democracy worldwide, America must step forward and bring others with us.

President Ronald Reagan said, “Freedom is never more than one generation away from extinction. It has to be fought for and defended by each generation.”

We are now called to that fight – Americans and all people worldwide who believe in democracy and want to see it thrive. That’s what the world will see us doing this week and in the years to come.

Antony J. Blinken is the 71st U.S. Secretary of State.