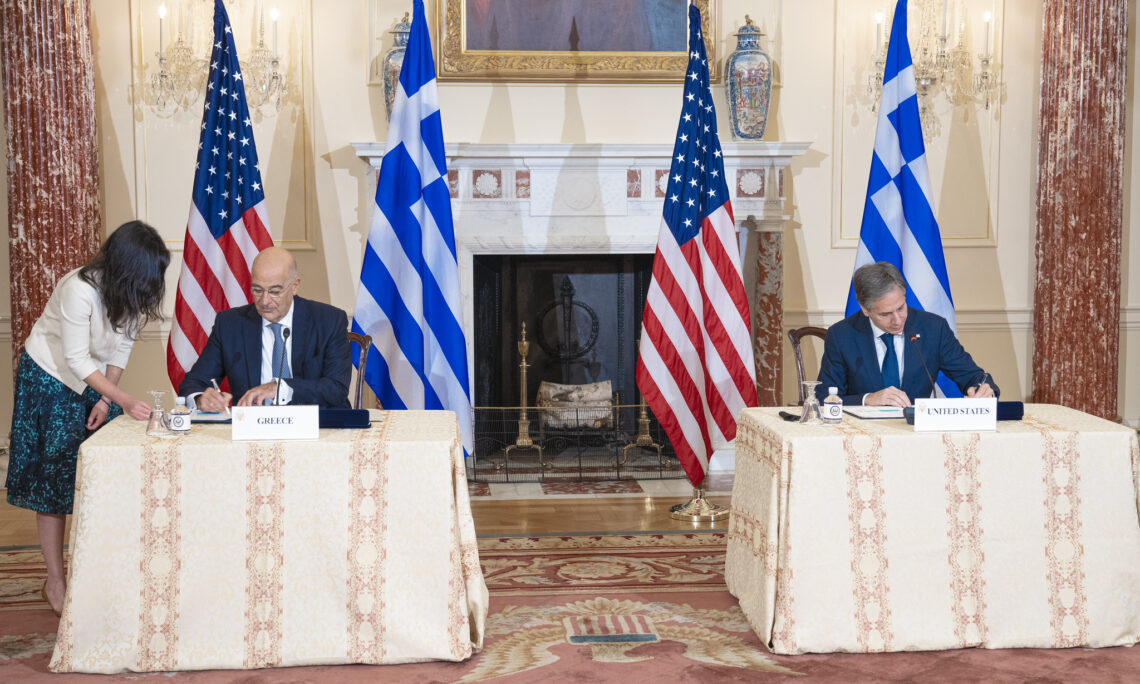 Alongside Greek Foreign Minister Nikos Dendias, today I signed an amendment to the U.S.-Greece Mutual Defense Cooperation Agreement (MDCA).  The MDCA is the bedrock of our defense cooperation and has helped strengthen our common defense for more than three decades.  This second amendment to the MDCA in as many years demonstrates the continued ability and resolve of the United States and Greece to address the security challenges of today and tomorrow through our strategic relationship.

The amendment to the MDCA deepens and expands on our partnership to maintain strong, capable, and interoperable militaries.  The MDCA has allowed for U.S. forces to train and operate within Greek territory since 1990. Today’s amendment extends the MDCA’s validity, making it consistent with other bilateral defense cooperation agreements between NATO Allies and durable enough to allow for Greece and the United States to advance security and stability in the Eastern Mediterranean and beyond.

The United States welcomes Greece’s continued investment in defense capabilities and its commitment to fulfilling the pledge it made at the NATO Wales Summit.  Our defense relationship is rooted in a common history and shared values and interests going back more than two centuries.  Our shared values extend to efforts beyond our defense cooperation and include a partnership in addressing climate change, increasing bilateral investment and trade opportunities, and strengthening educational and cultural connections.  These efforts ensure that the U.S.-Greece relationship is stronger than ever.

I am pleased to update the MDCA and hope that the Hellenic Parliament quickly approves this Protocol of Amendment.