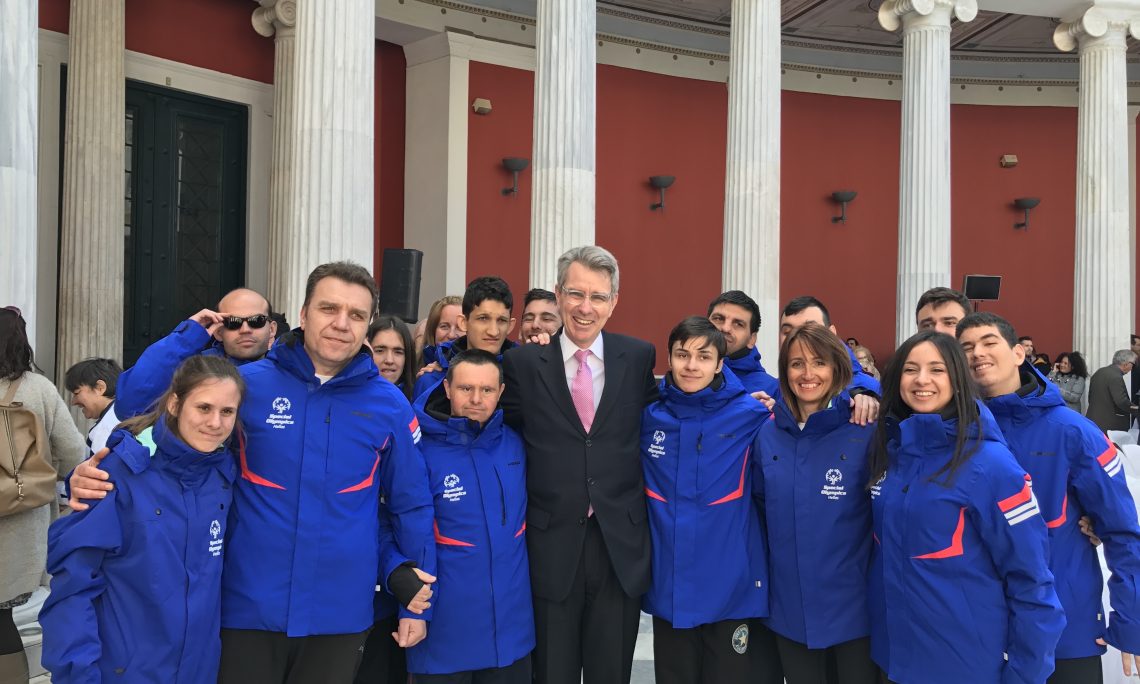 Ambassador and Mrs. Pyatt attended the ceremony of the Lighting of the Flame of Hope for the Special Olympics World Winter Games, which will take place in Austria, March 14-25, 2017. The torch lighting ceremony for all World Special Olympic Games traditionally takes place in Athens and follows the ancient ritual of the Olympic flame being lit by the sun’s reflection on a mirror cauldron. Following the ceremony, the Ambassador had the chance to meet with and wish good luck to the Greek Special Olympics skiing team.