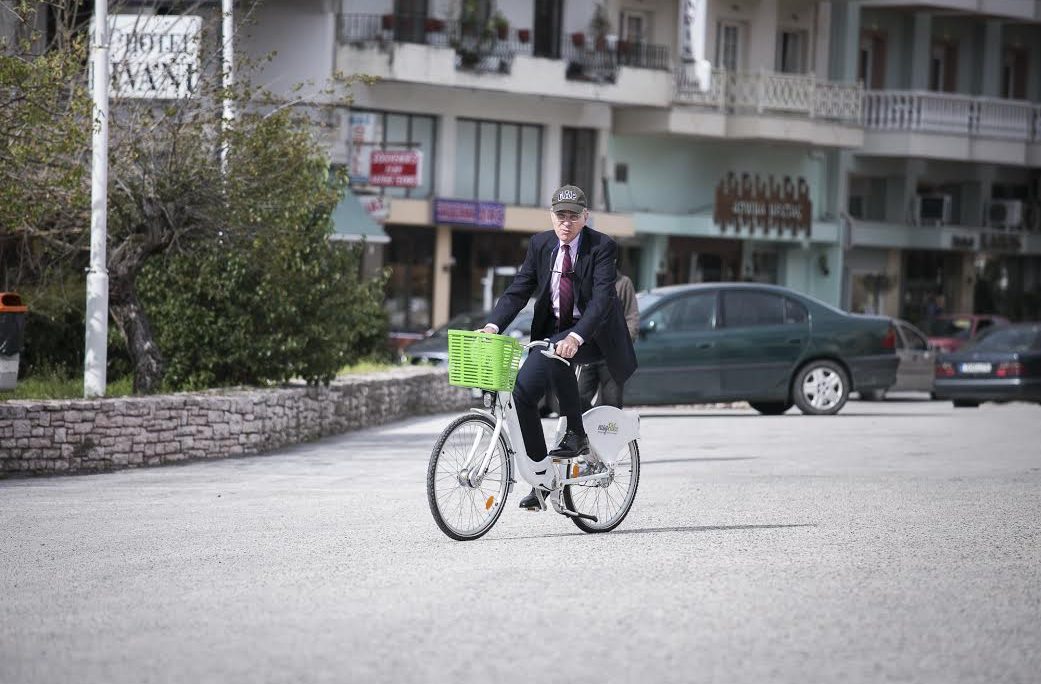 A visit this week to Trikala and meetings there with government and business leaders has reinforced my optimism about Greece’s future and this country’s rich endowment of human and natural resources.  Trikala has the distinction of being the first “smart city” in Greece – integrating technology-powered solutions into the daily life of the municipality and delivering government services to citizens through e-governance.  From free Wi-Fi service throughout the city to tele-health care for the elderly, from driverless buses to the e-Dialogos platform where citizens can participate in the public life of the city and its decision-making, Trikala is using technology to increase transparency and improve citizens’ lives.  I was deeply impressed by the way Mayor Papastergiou and e-Trikala CEO Odysseas Raptis have embraced technology as a means to bring government closer to citizens and to streamline delivery of services.  Trikala is leading the way as a 21st century model for other Greek cities looking to partner with American companies to put technology to use for democracy.

With technology playing such an important role in the city, Trikala was the perfect venue for our CodeGirls 2.0 program.  I had the opportunity to attend the graduation ceremony for the 40 girls who completed the two-weekend course to advance their computer programming skills.  CodeGirls is a program sponsored by U.S. Embassy Athens and our partner, the Greek NGO Mataroa, to teach girls the fundamentals of web development.  We have organized the CodeGirls program in three other cities in Greece – Kozani, Kalamata, and Patras – and we will look for ways to expand to other cities in the future.

I was blown away by what these young people have accomplished.  I hope that the technology skills the CodeGirls participants learned during this course will serve them well in the future and show them that there are no barriers to what they can achieve.  I have already met CodeGirl graduates who have told me how this program changed their lives.  One young woman now attends the American College of Greece and was offered a competitive internship with a technology company following her participation in the Kalamata CodeGirls program.  Examples like this convince me that Greece’s talented youth will drive the country’s growth and prosperity.

The tech-savvy spirit of Trikala is also inspiring and supporting entrepreneurship.  During my visit, I met with Dimitris Dimitriadis, creator of the EasyBike system.  EasyBike is the first bike sharing system to be developed and successfully implemented in Greece, and it now operates 30 active bike sharing systems in various cities with more than 2500 bikes, including here in Athens.  This initiative promotes sustainable mobility and is an example of how tech entrepreneurs can be successful in Greece working with local government.  Entrepreneurs and startups can really take off when they have this kind of government support at the local and national levels.  It was a pleasure to see how bicycle-friendly Trikala is, and even to ride around the city a bit with Mayor Papastergiou.  I am very grateful for his hospitality.

I loved my tour of the Tyras dairy complex, led by CEO Dimitros Sarantis.  This is the largest feta production facility in Greece, and I saw cheese and yogurt being produced for groceries all over Europe and the United States.  This is a world-class facility, with state of the art technology and new investment in environmental sustainability; a great example of Greek resilience and entrepreneurial spirit.

My travels around Greece have shown me how much potential there is in this beautiful country, and I am committed to using the resources of the U.S. Embassy to support entrepreneurship, including the range of exchange visits we support between Greek and American entrepreneurs.  Aside from the entrepreneurs I met in Trikala, I’ve recently had meetings with members of the startup community in Thessaloniki and with the scientific pioneers at the Foundation for Research and Technology in Heraklion, Crete.  I am very encouraged by the innovation and growth in Greece’s knowledge-based economy.  Small and medium-sized businesses are the backbone of the U.S. economy and I know that they can also become the launch pad for Greece’s economic recovery.  Combining the entrepreneurial spirit I have seen in so many Greeks with the advantages of e-governance, I am enthusiastic about Greece’s potential for growth in the coming months and years.