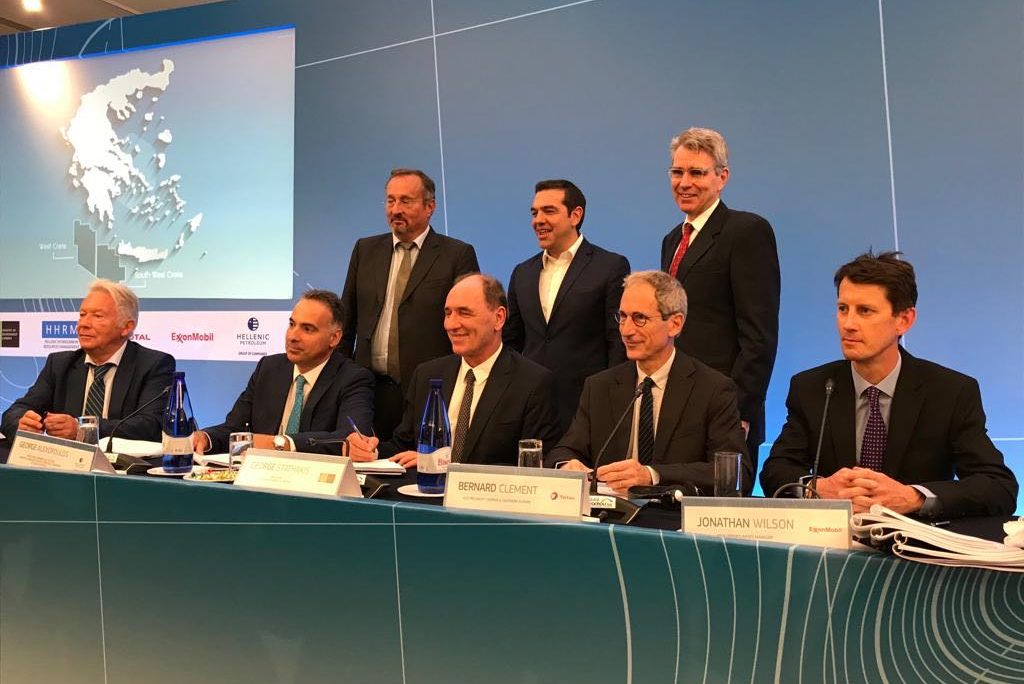 Καλημέρα σας.  Mr. Prime Minister, Minister Stathakis, my colleague Ambassador Chantepy, friends from the administration in Crete from the beautiful city of Chania, it is a great honor and a pleasure to join you today as we celebrate the signing of the lease agreement. We’ve been talking about this project for a long time, so it is enormously heartening that we are seeing today the signing of this agreement.

The timing is ideal.  Greece has exited its bailout programs.  It is emerging as an important European energy hub, and there is a broad consensus in Washington today that the Hellenic Republic has become one of our most important regional allies, a model of good neighborly relations, and a force for peace and stability in the region.

The United States recognizes that prosperity and stability go hand-in-hand, so we are doing everything in our power to promote investment opportunities in Greece and to highlight the great potential that Greece represents, not just as a single market but as a gateway to the Balkans and a reemerging hub for energy, transportation, and commercial issues across southeastern Europe.

As Greece enhances its geopolitical role as a pillar of stability, American investors are eager to explore the country’s untapped natural resources, which hold such great potential for large-scale investment.

The license for the “West Crete” block, has never seen a single exploration well.  And just as large natural gas reservoirs have been discovered at Zohr, Calypso, and Aphrodite in the eastern Mediterranean, we believe that offshore exploration here in Greece holds great potential, and as Minister Stathakis noted, this is a natural compliment to what we as the United States with Secretary Pompeo’s participation in the 3+1 process with Greece, Israel, and Cyprus and through the eastern Mediterranean gas forum.

If properly developed, using responsible, sustainable practices, and with close cooperation between government, industry, and local stakeholders, these new investments can be a major win for the Greek economy.

And what better partner to help Greece’s economy grow than ExxonMobil, the largest publicly traded petroleum and petrochemical enterprise in the world, a multinational leader with 135 years of experience in delivering the very best of American capital, innovation, and technology.  And as I heard very clearly in my recent discussions with investors in New York, the realization of projects like the Crete Offshore block will send an important signal that the business climate in Greece is changing for the better.

The United States is deeply invested in our relationship with Greece and in supporting Greece’s full economic recovery.  And as Ambassador, I pledge to continue doing all that I can to help unlock these opportunities and energy is an important part of this.  So thank you again for inviting me to be part of this celebration today.  Ευχαριστώ πολύ and Συγχαρητήρια.

Q: How important is the contract today?

A: So this is a very important step forward, building on all of the work that we have done over the past several years to help reinforce and support Greece’s emergence as a major European energy hub. We’re obviously very pleased with the progress that’s been achieved already – the completion of the TAP pipeline, the inauguration of work for the IGB, the delivery now of multiple

shiploads of U.S. LNG. But, this project with Hellenic Petroleum, Total, and ExxonMobil is a signature piece of this larger vision of Greece’s regional role. It also reinforces the work that the United States has done to support Greece, Israel, and Cyprus with the emergence of the Eastern Mediterranean as a significant gas production area and the possibility that Greece now, as well, could develop substantial upstream capabilities, complimenting what Greece is already doing to reinforce energy security and energy diversification for Europe.

Q: But at the same time, Mr. Ambassador, Turkey is threatening Cyprus and Greece that they will continue the drilling process in

A: So, we’ve spoken very clearly, Washington has spoken very clearly, about the importance of Turkey avoiding provocative steps and also our view that these energy issues should be a source of long-term cooperation and benefit for the wider region. I know that Greece in particular shares this vision of energy as a driver of prosperity and not a driver of conflict. And, we hope it will stay that way.