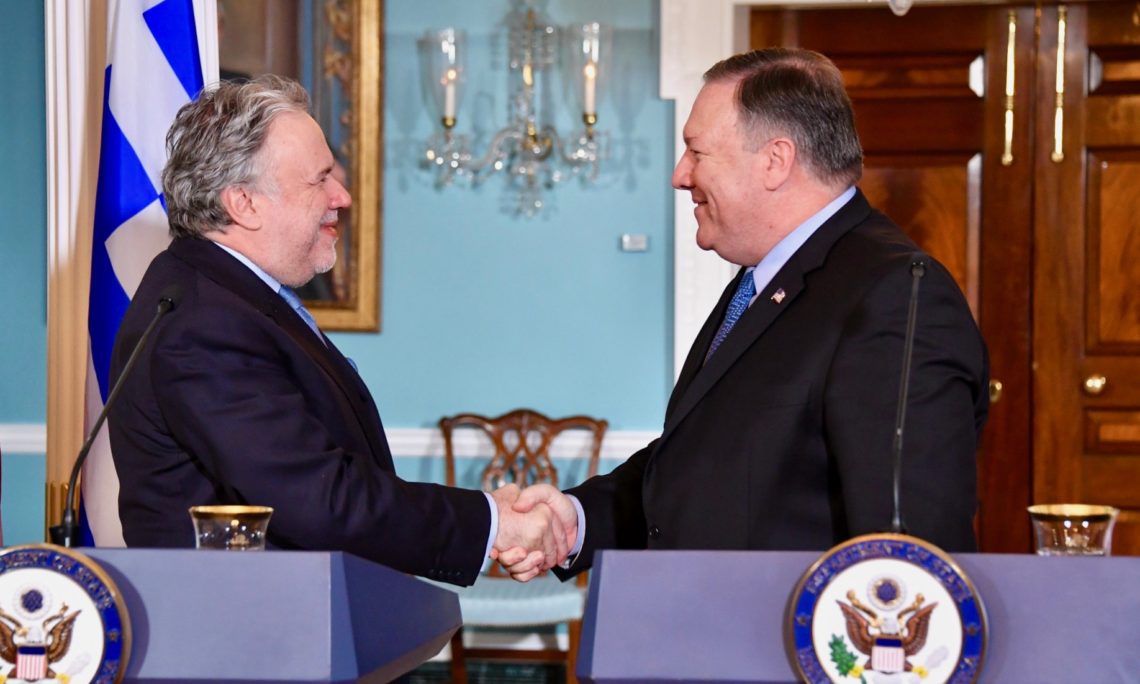 The below is attributable to Deputy Spokesperson Robert Palladino:‎

Secretary of State Michael R. Pompeo and Greek Acting Foreign Minister George Katrougalos launched the inaugural U.S.-Greece Strategic Dialogue today at the State Department.  The two reaffirmed their commitment to deepen bilateral cooperation in key areas for the mutual benefit of both countries.  The Secretary underscored Greece’s importance as a pillar of stability in the Eastern Mediterranean and Balkans and commended Greece’s contributions as a NATO Ally.  The Secretary reiterated the strong support of the United States for Greece’s leadership in reaching the historic Prespa Agreement.  The Secretary also congratulated Greece on its exit from the bailout memorandums and offered continued support for Greece’s economic recovery.  The two agreed to continue working closely together to promote stability and prosperity in the Eastern Mediterranean and Balkans.