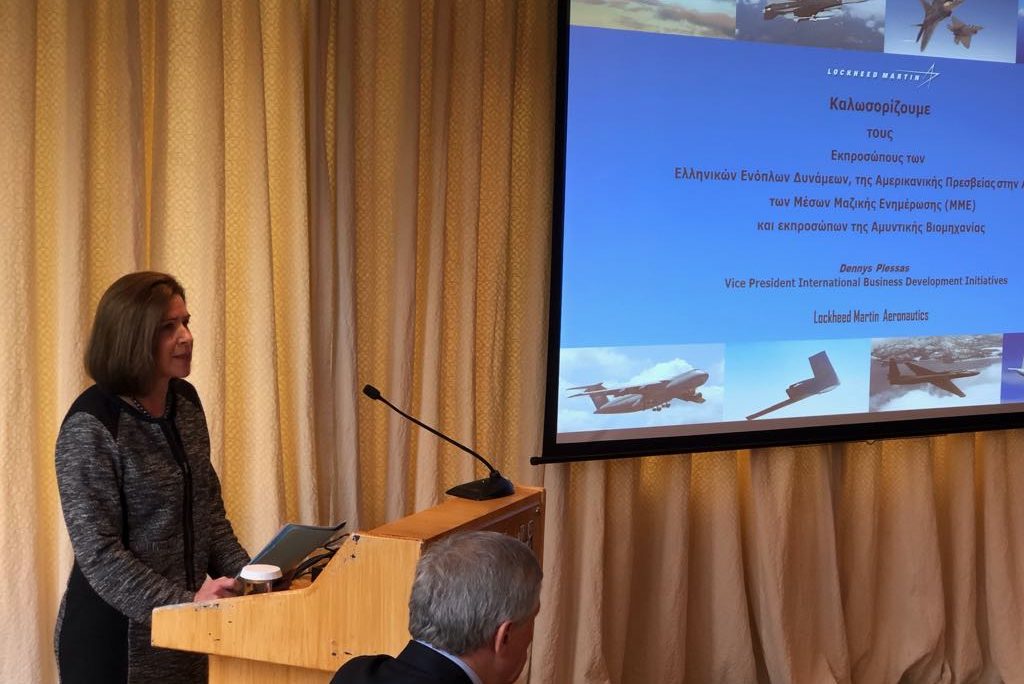 Thank you, Dennys, for inviting me to join today’s important panel; Symeon for moderating, and all of my distinguished fellow panelists. It is really an honor to be here as also very timely I think for the U.S. Embassy to participate in this discussion as we’ve just completed last week in Washington, the first U.S.-Greece Strategic Dialogue, led by our Secretary of State Mike Pompeo and Greece’s Alternate Foreign Minister George Katrougalos. It was a very successful event and built on a year of an intensive engagement on the part of our Embassy and all of our partners who are here today. As secretary Pompeo said after the meetings: “We recognize Greece as a key player in the East Med and as a leader of regional stability.” And in all of the meetings and discussions that took place in Washington, both sides fully recognized the exceptionally positive atmosphere and cooperation that we are experiencing right now in U.S.-Greece relations. And that’s what served as the basis of very constructive discussion between two allies that are looking to deepen their cooperation in a number of areas.

For defense and security, discussions were led by Greece’s Chief of Defense Admiral Apostolakis and U.S. Deputy Undersecretary for Defense Trachtenberg. In In the joint statement that was released right after the dialogue described our mutual “desire to modernize and expand our multifaceted defense relationship in order to better meet the needs of both countries.” In his post-dialogue interview, Assistant Secretary of State Wess Mitchell called Greece one of America’s most capable allies on a military level and has a prominent position in U.S. strategic thinking. So again, this was a successful dialogue but it was successful because of all of the work that went in the previous year in terms of all of our engagement.

Our defense industries have played a significant role in achieving these results over the last very busy year. I’d first mention the pioneering agreement to upgrade 85 of the Hellenic Air Force’s F-16 fleet, something that had long been a top priority for Greece’s defense. It is our shared determination to bring it to completion and a testament to how well we have been working together over the last year.

I also want to note the agreement for the United States to grant 70 Kiowa Warrior helicopters to the Hellenic Armed Forces at the beginning of next year. Such efforts build Greece’s defense capacity, and they also provide opportunities to train together in places like Stefanovikio.

With Simos here, I also want to point out some important collaborations that took place this year with the American Hellenic Chamber of Commerce. We saw first-hand of course in Thessaloniki the strong U.S. –Greece defense industry participation at the American Pavilion at the Thessaloniki International Fair, where visitors had the chance to see the inside of an F-35 cockpit at the Lockheed Martin booth and even do a flight simulation.

We also had a very senior U.S. delegation pass through the Ministry of Defense pavilion there. And then immediately following TIF, we had the Association of the United States Army (AUSA) convention in Washington, which Minister Kammenos attended.  We have been very pleased to see that the Greek pavilion has become an enduring presence at this convention, and that Greece launched its own AUSA chapter last year.

I want to highlight that recently, the U.S. Embassy and Greece’s General Directorate of Defense Investment and Acquisition teamed up to host a Research and Technology Symposium that brought scientists from the US Army, Air Force, and Navy to Greece. There they had the chance to meet leading Greek academic research institutions, to highlight the innovative research that is taking place here in Greece.  This event also highlighted the strong potential for research and technological cooperation in several areas.

There have been many more examples of the tremendous success the US-Greece relationship has achieved this past year, including the re-activation of our High Level Consultative Committee this past April and the reconvening of our Joint Commission that took place in June. But as successful as we’ve been, we must work even harder to keep up this momentum and ensure future success.

In this context, I want to end my opening remarks with some questions regarding US-Greek defense industry cooperation in 2019. First, what is the best way for government, the defense industry, and academia to work together to identify R&D and equipment priorities, implement solutions effectively, and innovate in ways that meet national, regional, and international requirements?

Second, what projects should follow after the last P3 Orion and F-16 rolls off the assembly line at the Hellenic Aerospace Industry?  HAI’s production capacity and level of expertise have ramped up to meet the demands of these upgrades.  It will be important to take advantage of this increased national capability in the future.  A strong, vibrant Hellenic Aerospace Industry can do a better job keeping Greece safe and contributing to regional stability, create quality jobs for skilled workers, develop more sophisticated products, and continue to collaborate with the U.S. defense industry.  It provides the opportunity to integrate academia and smaller defense industry companies into a healthy defense sector.

We are in the best position we have ever been to ride the momentum in our bilateral relationship and to develop our strategic partnership in a way that maintains regional stability and strengthens both the U.S. and Greek defense industries.  We should take advantage of the improved bilateral climate to hold healthy discussions on policy, regulation, and reforms that support a strong defense industry.  I look forward to working with you all in the coming year and to hearing now from my fellow panelists.