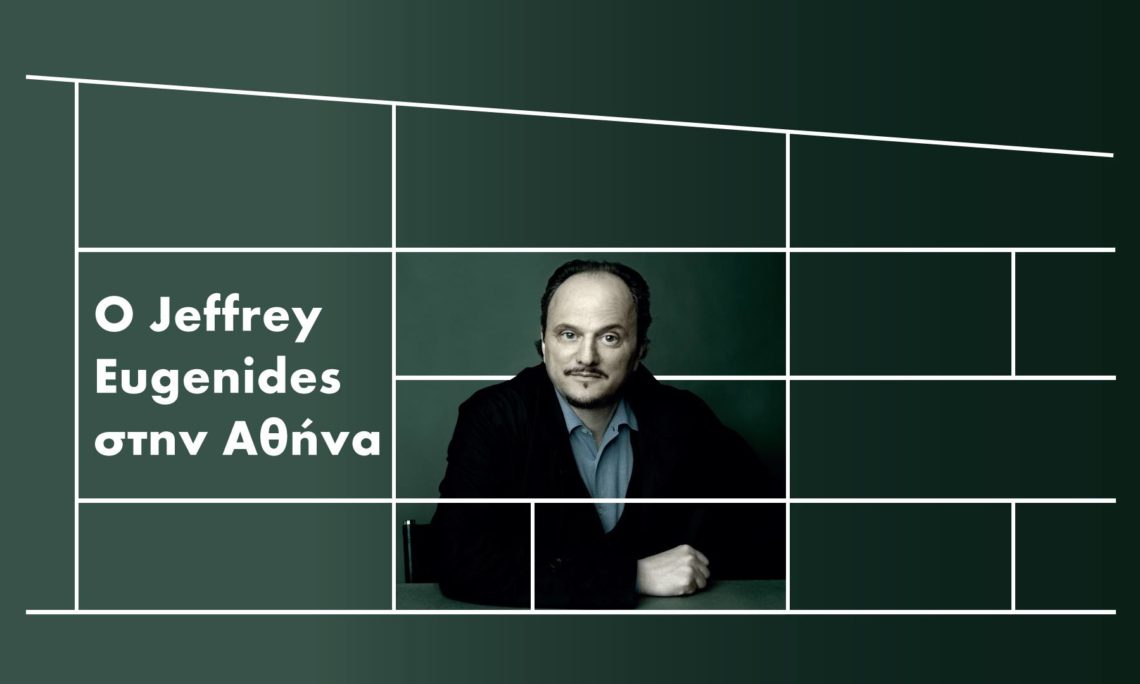 The Pulitzer Prize winning, Greek-American author Jeffrey Eugenides is visiting Athens in the as part of the celebrations for the “Athens 2018 – World Book Capital” organized by the Municipality of Athens, with the support of the Stavros Niarchos Foundation and the Embassy of the United States of America.

During his visit, on Thursday September 27, at 20:00 the author will have a discussion with author Kallia Papadakis and journalist and book critic Mikela Hartoulari at the Alternative Stage of the Greek Opera House at the Stavros Niarchos Cultural Foundation.

At 11:00 AM the Mayor of Athens George Kaminis will receive the American author at the Athens Town Hall.  From 11:30 – 12:30, Jeffrey Eugenides will hold a press availability.

Jeffrey Eugenides was born in Detroit and studied at Brown and Stanford Universities. He received a Pulitzer Prize for his novel Middlesex, which was also on the short list for the National Book Critics Circle Award, the International IMPAC Dublin Literary Award, and the Prix Médicis. His novel The Marriage Plot (2011) was a runner-up for the National Book Critics Circle Award and received the Prix Fitzgerald and the Grand Prix de l’héroïne Madame Figaro. In 2014, Eugenides was elected to the American Academy of Arts and Sciences. His books Middlesex, The Marriage Plot, and Fresh Complaint: Stories, have been published in Greek by Patakis Publishers.

During the discussion at the SNFCC, the author, with his Greek-Irish origin and its symbolic yet substantial influence on himself and his work, will speak about the issues of mixed and fluid identity in modern Western societies and on whether the biological or social factors determine our personality. He will also touch on the modern time challenges faced by the U.S. in conditions of crisis and the similarities and differences of this crisis from the one that struck his hometown, Detroit, a city that was a model of development, but fell deep into social and economic crisis.

Mayor of Athens George Kaminis will address event participants as will the Alternate General Manager of Programs and Strategy of the Stavros Niarchos Foundation, Panos Papoulias.

The conversation will be in English with consecutive translation. Entry is free for the public through an electronic pre-subscription that will begin on September 17, at 12:00 noon at SNFCC.org and with priority passes that will be distributed starting at 18:30 pm the day of the event at the SNFCC. The doors will open at 19:30. After the end of the event, the author will be available to sign copies of his books.

Also, in the framework of events for the U.S. as Honored Country at the 83rd Thessaloniki International Trade Fair, Jeffrey Eugenides will participate in a conversation with associate professor Tatiani Rapatzikou of the Department of American Literature, School of English, Aristotle University of Thessaloniki, and journalist Ioannis Kotsifos.

Jeffrey Eugenides’ visit to Greece has been arranged in cooperation with the organization “Athens 2018 World Book Capital” of the Municipality of Athens, the Embassy of the United States of America, the Patakis Publishers, and the Stavros Niarchos Foundation Cultural Center.