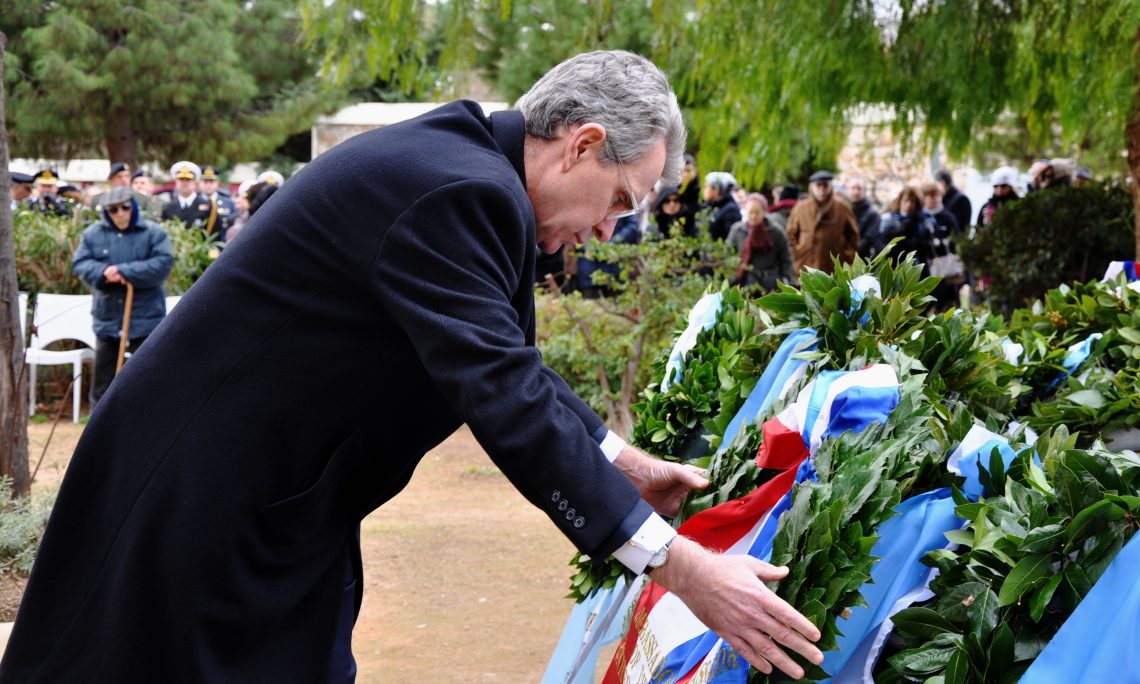 January 27, 2017 – Today is International #HolocaustRemembrance Day Ambassador Pyatt joined other official dignitaries in a wreath laying ceremony in downtown Athens this afternoon, to honor the victims of the Holocaust.The indigenous Jewish communities of Greece represent the longest continuous Jewish presence in Europe. These communities were almost completely destroyed in the Holocaust. Greek resistance groups battled the Axis occupiers in an effort to save not only Greece but also the Jews living there. Between 8,000 and 10,000 Greek Jews survived the Holocaust, due in large part to the unwillingness of the Greek people to cooperate with Nazi plans for the deportation of Jews.Even though deportations did not start until March 1943, Greece lost at least 81 percent of its Jewish population during the Holocaust. Between 60,000 and 70,000 Greek Jews perished, most of them at Auschwitz-Birkenau.