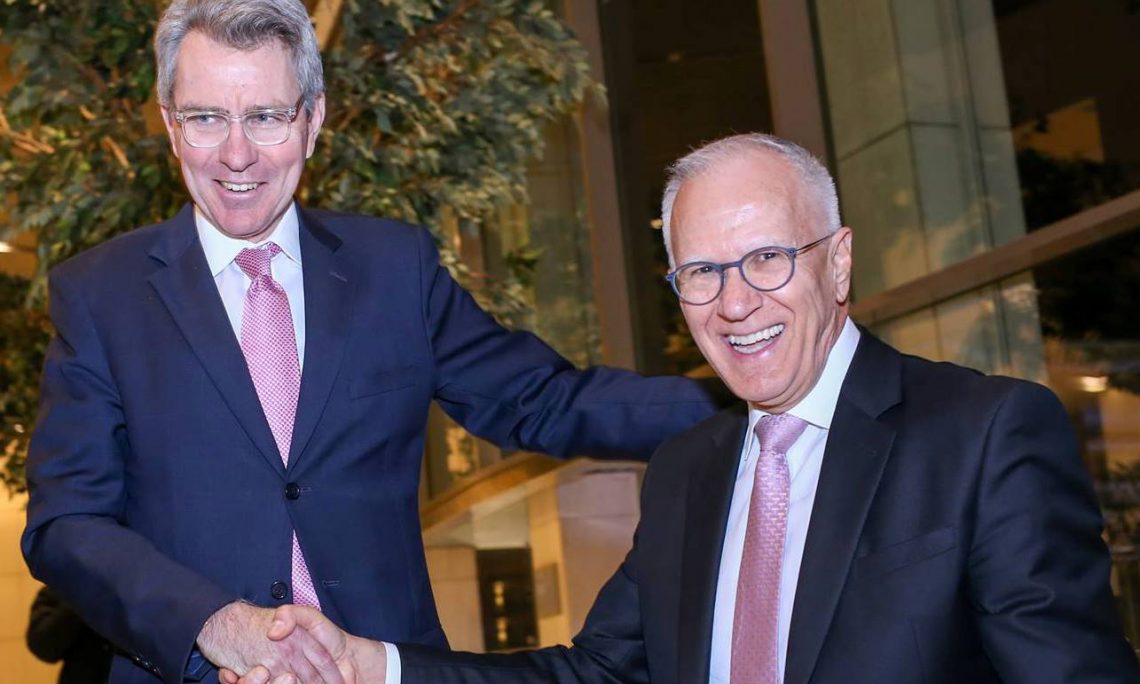 Thank you to the Hellenic American Medical Society and Professor Linos for the opportunity to address this distinguished group of guests today.  The bilateral relationship between the United States and Greece has never been stronger.  We witnessed this most recently when former President Obama visited Greece in November.  And, we see it displayed in the numerous visits by U.S. leaders to Greece to work together on the enduring common economic, political, and security interests we share.

While these official ties are strong and vibrant, the real basis of our bilateral relationship, I believe, is found in the enduring ties of kinship, friendship, and partnership between our people and societies.  Tonight’s event is evidence of that.  Many of you studied in the United States, maintain professional relationships with American peers, and contribute to the consistency of the ties between Greece and the United States.  You are the best kind of Ambassador for our bilateral partnership.

Over the years, the journey of Greek migrants to the United States created a permanent well of kinship with many Greek diaspora communities spread throughout America.  Beyond those with Greek heritage living permanently in the United States, thousands of Greeks and Americans travel to each other’s shores every year – to study, to take vacation, and do business.  In the process, our two countries have developed incredibly rich people-to-people ties.  Those close ties spill over into the strategic partnership that our two governments share – an alliance that draws heavily on the extraordinary legacy given to the world by classical Greece.  In this regard, the bedrock of our relationship is our shared commitment to democracy and its institutions.

Regardless of which government is in power here in Greece, or in the United States, we have worked closely together on issues of economics, energy, regional security, counterterrorism, and foreign policy.  These are all issues that have implications, not just for Greece, but for Europe as a whole.  In addressing all these issues, the Greek-American diaspora is a strong asset for Greece and people-to-people connections play an essential role in the bilateral relationship, especially among professional associations like yours.  Events like tonight’s represent a great example of this cooperation.

Moving forward into 2017, there are signs of restored momentum in the Greek economy.  Thanks to the wide-ranging economic reforms implemented by multiple Greek governments, the economy is expected to return to growth this year and unemployment is slowly starting to fall.  Former President Obama appropriately commended Prime Minister Tsipras for the progress his government has made in meeting its reform targets. It remains a priority of the U.S. Government to encourage Greece to maintain this momentum and to continue its work to modernize the Greek economy, and make the country a more attractive place for international and domestic investment.

We want to see a Greece that is prosperous and politically stable; a member of the EU and the Eurozone; a NATO ally and a pillar of stability in a truly challenging neighborhood.  Reforming the health care sector is a necessary element of this strategy for sustainable growth.  Now, I’m not going to stand here and tell you that America has all of the answers.  We know from our own experience in the United States, particularly in reforming our health care sector, that change can be challenging and that the path to reform is rarely smooth.  But market-based reforms are essential to putting Greece’s economy on the right track.

For instance, the American pharmaceutical industry is already a significant investor in Greece and represents a clear opportunity for growth and further collaboration.  American companies in the healthcare sector are among the largest U.S. investors in Greece, employing thousands of well-paid Greek workers, both directly and indirectly.  These companies have remained steadfast in their support of the Greek government’s goal to attract investment from the United States.  A group of these U.S. investors, including companies such as Pfizer, Lilly, Merck, Bristol-Myers, GE Healthcare, Johnson & Johnson, and Medtronic, proposed working with the Greek government on a Healthcare Investment Initiative.   Specifically, these American companies have offered to work in partnership with the Greek government to develop a strategic plan to attract investment in the Greek healthcare sector focusing on research and development, clinical trials, manufacturing, and procurement.

The United States strongly supports this Healthcare Investment Initiative and the creation of an environment that fosters public-private cooperation that will benefit the Greek economy and the sustainability of the Greek healthcare system.  I hope very much to see progress in these areas in my three years here in Athens.  The Ministries of Health and Economy, as well as Enterprise Greece, have all expressed interest in this initiative, as it represents an opportunity to attract American investment in the healthcare sector, which would create further thousands of high-paying jobs.  Given this opportunity for growth, I also have been glad to hear that there is broad-based support across party lines for this health investment initiative.

Now is the time I hope that Greece will be able to shift from a survival strategy to a strategy that will secure economic standing for Greece – with tangible results in investment, employment, and access to new and innovative medicines and devices.  Greece is already a hub of innovation and entrepreneurship, and its human capital is an enormous source of strength, as the members of the Greek diaspora remind us every day.  Partnership between the public and private enterprises creates the type of opportunities that can transform communities and, indeed, countries and help Greece to rebuild its economy.  This can also encourage talented young Greeks to remain here, in their country.  Innovation and entrepreneurship, driven by international investment and Greece’s own impressive human capital, should be the source of inspiration in further developing Greece’s health sector as it leads the country into a new era of economic growth and prosperity.  I, for one, am fully committed to supporting that effort.

I’d like to thank you again for the honor of listening to me this evening, and for inviting me to share my thoughts on ways in which we can build and maintain strong, and stronger, bilateral ties between our two nations.  I know you all have been great allies and partners in this effort and I look forward to seeing what we can accomplish together over the course of the next few years.  Thank you very much.