Home Home | News & Events | The First Semester of “Education Unites: From Camp to Campus” has started 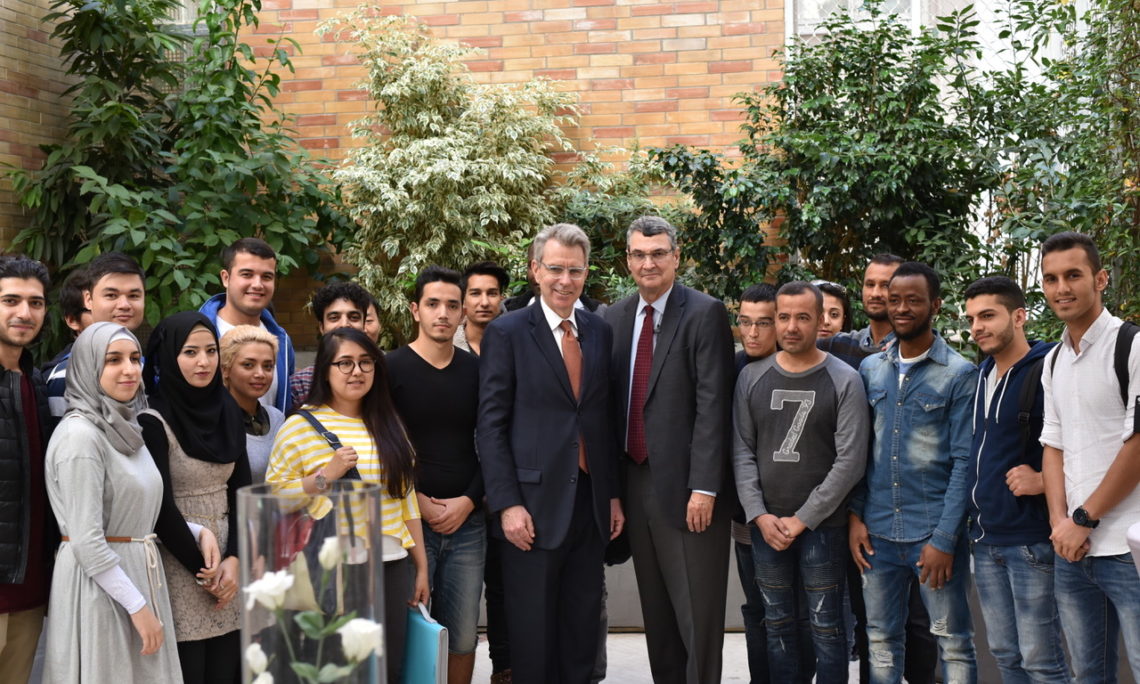 Seventy eight young refugees have been enrolled in Athens and Thessaloniki

During the first week of October, seventy eight young refugees started their academic studies as part of the “Education Unites: From Camp to Campus” scholarship program, organized by the U.S. Embassy in Athens in collaboration with the American College of Thessaloniki – Anatolia College, Deree -American College of Greece and Perrotis College – American Farm School.

After reviewing over 400 applications and interviewing dozens of refugees and asylum seekers, the three U.S. affiliated colleges have selected the first group of fellows that began their academic studies.  For the first semester of the academic year 2017-2018, forty-eight students attend Deree in Athens, fourteen students attend the American College of Thessaloniki, and sixteen students started classes at the Perrotis College in Thessaloniki.

The beneficiaries of the program will attend preparatory English classes, courses in various fields based on their previous knowledge and academic training, and, fundamentally, they will have the opportunity to continue their education and acquire skills and credits that they will be able to use either in Greece or in any other country they move to in the future.

Our collaboration with the Ministry of Education and the Ministry of Immigration Policy, the Municipalities of Athens, Thessaloniki and Piraeus, the Asylum Service, NGOs, translation services and volunteers was critical in attracting the very best qualified applicants.

Classes have started for the young Afghan man who dreams of becoming a pilot; the young lady from Pakistan who wants to become an electrical engineer; the Syrian law student from Aleppo who left her studies unfinished, and the Syrian man who wants to pursue economic and entrepreneurship studies; as well as dozens of other young students who can now aspire to a professional career, a better future, and the possibility of making an essential contribution to any community where they settle.

As a young Syrian wrote in his application: “… the thought that I will have the opportunity to study, and do what I do best, has already put a smile on my face.”

We are pleased to announce the selection process for the spring semester, which started on October 16, 2017.

For further information on the “Education Unites” program: