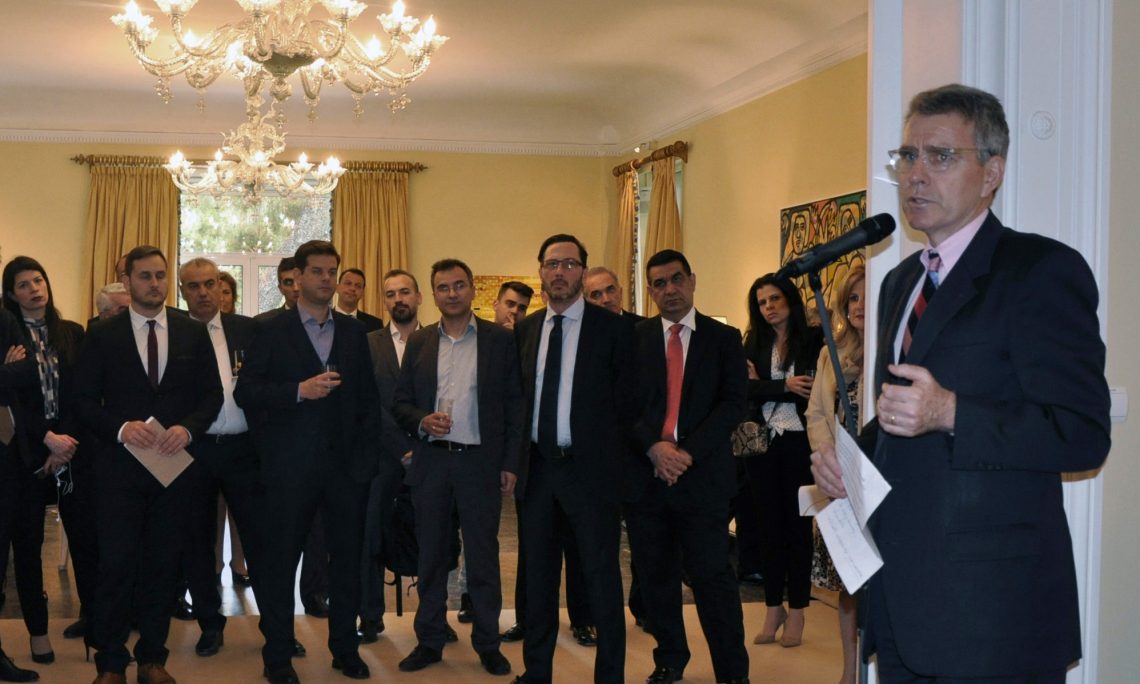 April 7 – Building on previous event with members of the U.S.-Greece Bilateral Friendship Group of the Greek Parliament, U.S. Ambassador Geoffrey R. Pyatt hosted a round table discussion entitled “Entrepreneurs Meet the Lawmakers,” followed by a networking event on April 7 to help create conditions for entrepreneurs to flourish in Greece. He noted, “Today was about creating bridges between the startup culture of Greece and members of Parliament, the country’s democratic representatives.”

Investors such as Marina Hatsopoulos (speaking via Skype from Boston), Jimmy Athanasopoulos of the Libra Group, and Cleo Lymberis joined with entrepreneurs and eight Parliament members to discuss some of the challenges–as well as the upside potential–of doing business and investing in Greece.

Linda Plano of MIT Enterprise Forum Boston emphasized the tremendous talent and entrepreneurial spirit among young Greeks, and also highlighted the need to help push university research into the public domain as another driver of economic growth.

Ambassador Pyatt encouraged continued government efforts to support entrepreneurs, adding “I have put a lot of energy in mobilizing U.S. Government resources to support the startup culture here in Greece.”