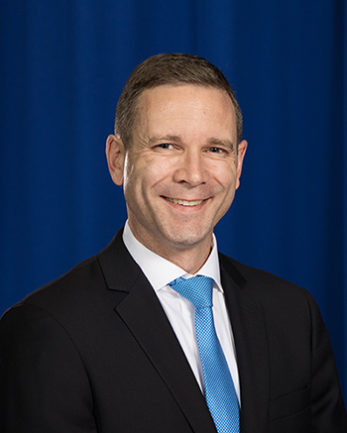 Prior to Thessaloniki, Mr. Pfleger most recently served as Director for Baltic and Eastern European Affairs at the National Security Council under both the Obama and Trump administrations. Since joining the State Department in 2006, he has also served in Dushanbe, Tajikistan; Shanghai, China; as Special Assistant in the Bureau of Democracy, Human Rights, and Labor; and in Kyiv, Ukraine. Prior to joining the Foreign Service Mr. Pfleger served in the Peace Corps in Russia (2000-2002).

Mr. Pfleger speaks Greek and Russian, and has studied the Ukrainian and Chinese languages. He graduated from Rice University with degrees in History, Political Science, and Policy Studies, and from the London School of Economics in 2004 with an MSc in Russian and Post-Soviet Studies.