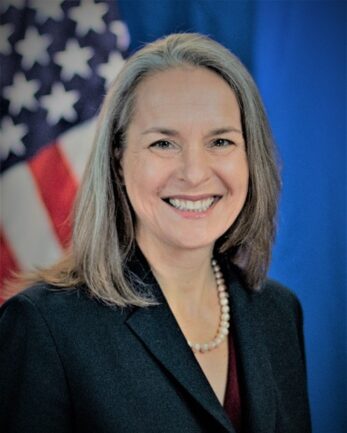 Maria Olson is Deputy Chief of Mission at the U.S. Embassy in Athens, Greece.  A career member of the Senior Foreign Service, Maria joined the U.S. Department of State in 1998 and has served in Russia, Jordan, Syria, and Burundi.  She has also served in several assignments in Washington, D.C., including as director of the State Department’s Office of Southern European Affairs with responsibility for Greece, Turkey, Cyprus, and Malta and as press spokesperson for the Bureau of European and Eurasian Affairs.