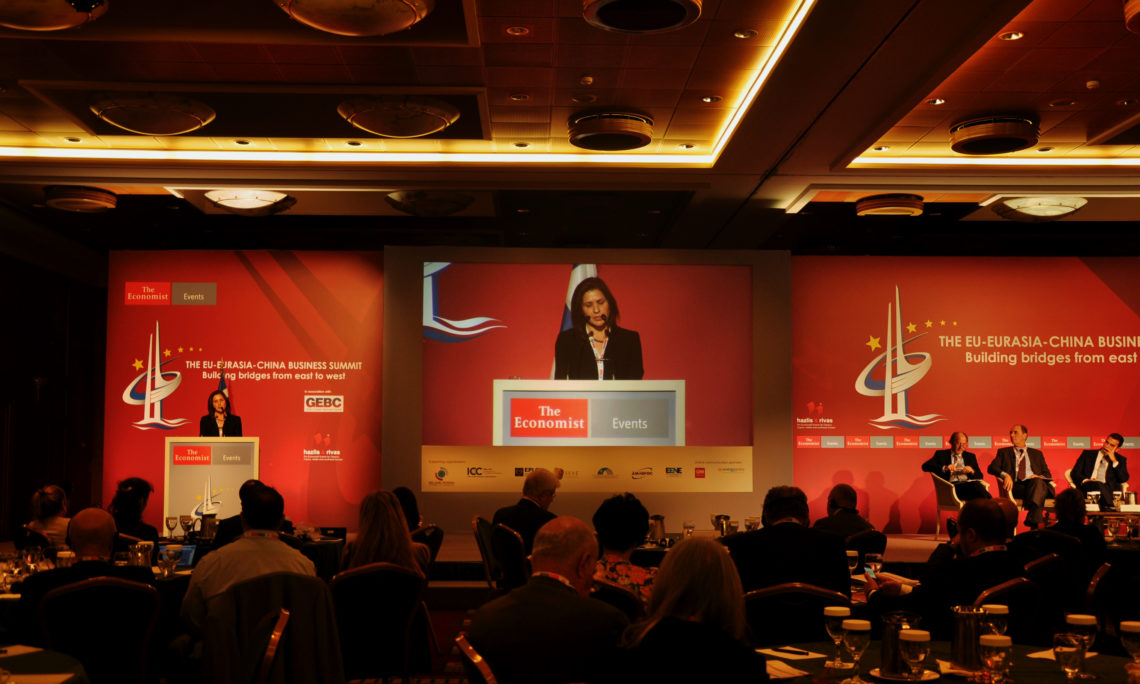 Good morning Minister Stathakis, members of parliament, ladies and gentleman.  I’d like first to thank The Economist and the Greek-Eurasian Business Council for the opportunity to participate not only in this conference but on this important topic this morning.

I’m very honored to be speaking alongside my esteemed fellow panelists to offer a little bit of the U.S. perspective, and I’m looking forward to a lively discussion on the role that Greece can play in helping secure important energy resources for itself, for the Balkans, and for the European Union as a whole.

Though I am new to Greece, as John noted, I am not new to the theme of energy security.  Over the last more than two decades of my diplomatic career, I’ve focused largely on promoting trans-Atlantic security, and energy security is a big part of that.  So I understand the importance of helping the EU diversify its sources of energy.  Here in Greece, Ambassador Pyatt has spoken numerous times on the subject and has traveled to northern Greece both to observe first-hand the construction work on the Trans Adriatic Pipeline and to discuss the potential for diversifying sources of Greece’s LNG, as well as the infrastructure needed to bring new gas sources to the larger region.

The United States sees this issue as vital to Greek’s economic recovery, important for Europe’s energy diversification, and crucial for the security of the entire European Union.  As Secretary of Energy Rick Perry has said, “The United States is committed to ensuring universal access to affordable and reliable energy to promote economic growth and energy security.” We stand by this commitment, and we believe that Greece is located at a critical nexus in promoting these shared objectives.

So, what do I mean when I say Greece is located at a critical nexus? What gives this country such a unique position? While some of this can be attributed to the old axiom that “geography is destiny” and the fact that Greece stands on the borders of Europe, the Middle East, and North Africa, the country also benefits tremendously from its skilled workforce, its lengthy history as a petroleum refiner and shipper, and its unique cultural and diplomatic ties with countries to the east, providing a vital bridge between the European Union and the suppliers who lie further afield.

In this regard, Greece is uniquely poised to play a crucial role in providing resilience and diversification in energy markets to the wider European neighborhood.  While on the face of it, this may seem to be an issue focused only on energy, it is important to remember that these issues drive economies and link countries together.

In an area like the Balkans, that has been fractured and divided over millennia, it is important to see that energy policy, and energy security in particular, is an area that is critically important in its ability to provide both prosperity and stability to the entire region.  For these reasons, the United States has been and will continue to be Greece’s partner in developing the capacity to provide a secure supply of energy via a diverse range of sources throughout the region.

To this end, we have been supportive of the numerous projects underway to connect Greece’s energy networks to those of its neighbors.  The continued progress of the Trans-Adriatic Pipeline is a testament to this goal, making the decades-long vision of bringing gas through the Southern Corridor from the Caspian into Europe a reality in the near future.   The scale of the project is extraordinary, and its success, and the continued close cooperation of all the partner countries in the project, is truly remarkable.  We hope the cooperation inspired by TAP continues long after the project has been completed.

In a similar vein, we applaud the close cooperation between the Greek and Bulgarian governments on the Greece-Bulgaria interconnector, the IGB. Recent meetings between Prime Minister Tsipras and Bulgarian Prime Minister Borisov have demonstrated sustained, strong leadership on both sides, which will enhance opportunities and stability for both countries’ energy platforms going forward.

The IGB offers a path for new sources of pipeline gas to enter markets further north.  It is also a route for Liquefied Natural Gas from destinations around the world to further diversify the energy mix in markets that have, to date, been beholden to one single supplier.  To this end, we remain committed to seeing IGB move forward, as evidenced by numerous visits by U.S. officials to both Greece and Bulgaria in recent months.

A potential entry point of LNG into this system could be the proposed floating storage and regasification unit in Alexandroupolis. This facility would offer another beneficial entry point for LNG, hopefully including American LNG, into Greece and the wider region.  We continue to work closely with U.S. firms interested in providing LNG to Greece and the wider region, and we hope to see developments in this area soon.

The United States is also enthusiastic about Greece’s potential as a producer of energy.  U.S. energy firms are partnering with Greek companies in both exploration and exploitation; locating new resources and then tapping them for use both in Greece and abroad.  We hope to see continued growth in this area in the near term.

Finally, Greece continues to show tremendous leadership in the use and deployment of renewable energy resources, especially wind and solar, an area which is ripe for strong partnerships with U.S. firms, including General Electric.  I was inspired to read the recent reports about Tilos, the first Mediterranean island to rely solely on wind and solar power.  Greece is clearly a pioneer in this effort to turn to renewables, and we applaud those efforts.

All of the initiatives I’ve mentioned today, from TAP to the IGB to the move toward renewable sources of energy, help move the region towards a diverse energy mix and increased energy security.  We understand the importance of existing sources of pipeline gas provided by Russia to Greece and to Europe.  That source of gas will long be critical for Europe’s energy needs.  However, the introduction of new competition will reduce the power of market monopolies and those who seek to use energy supplies as a potential tool for political coercion.  As President Trump noted earlier this year in Poland, “The United States will never use energy to coerce your nations, and we cannot allow others to do so.”  Thank you for your attention.