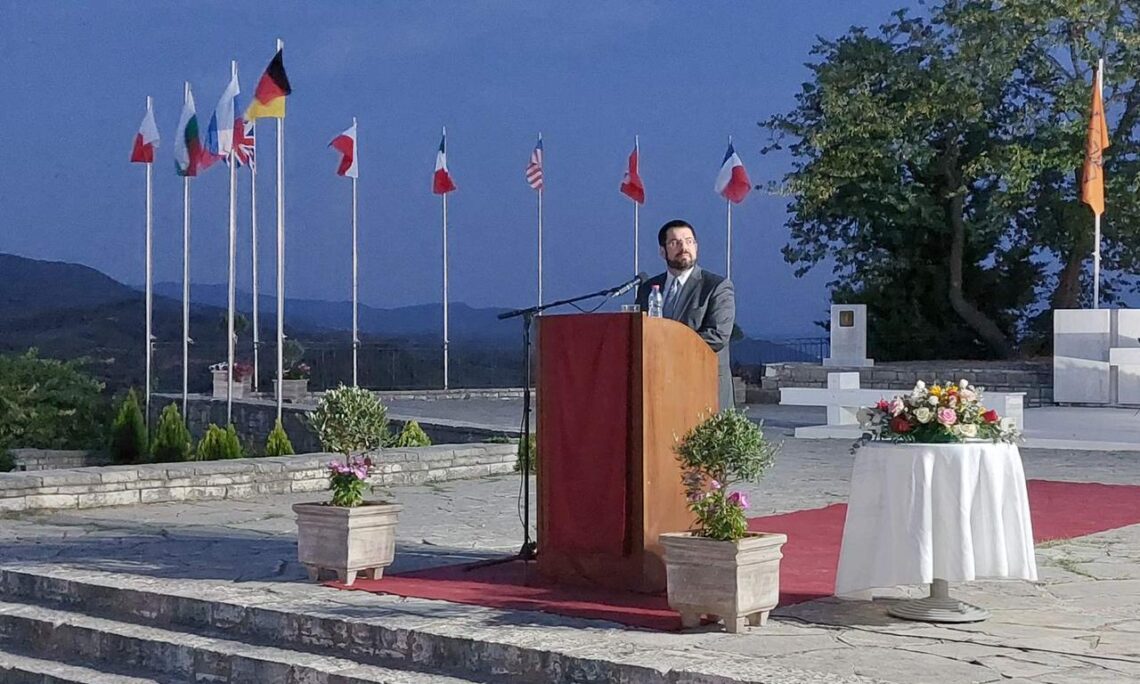 Kalispera sas.  I want to start by thanking Mayor Vavetsi, the town of Peta, and the municipalities of Nikolaos Skoufas and Ioannina for inviting me to accept this award on behalf of the American philhellenes.

I also want to recognize my colleagues from other embassies and the many other leaders who have come out for the conference and festivities this weekend.  I think that the international showing in Peta today is a testament to our countries’ pride in our democracies and the great debt we owe to the ancient Greeks for the gift of dimokratía.

I’m thrilled to visit the municipality of Nikolaos Skoufas for the first time as part of the U.S. Embassy’s year-long campaign to celebrate the Greek bicentennial.

As I was driving up here with my family, I was thinking about the many important leaders of the Greek Revolution who have come from this region, from the kléftes who formed the core of the Greek fighting forces, who Ioannis Makriyannis called the “yeast of liberty,” to Geórgios Karaïskákis, the “son of the nun,” and this municipality’s namesake, Nikolaos Skoufas, a founding member of Filiki Eteria.

I have the greatest respect for these revolutionary leaders, especially when I think about the extraordinary odds they faced and their determination to sacrifice everything for their freedom and the right to govern themselves.

They and the philhellenes who fought alongside them, including many brave Americans, were guided by their unshakeable belief in democracy, human liberty, and the rule of law.

Today, the Fourth of July, is an especially meaningful day for me to accept this award as the United States marks the 245th anniversary of American independence.

There couldn’t be a better day to celebrate the values that our peoples hold dear.  This passion for democracy and freedom linked the Greek and American revolutions and forms the foundation of the friendship that has united our countries and peoples ever since.

American philhellenes like Samuel Gridley Howe, Jonathan Miller, and George Jarvis were part of an outpouring of American sympathy and support for the Greek Revolution that came to be called the “Greek Fire” because it spread like wildfire throughout our country.

Americans understood that our new republic was inspired by the democratic principles of ancient Greece.  They formed grassroots organizations to advocate for the Greek cause and deliver humanitarian aid to the Greek people.

Two hundred years later, the special bond between the United States and Greece is stronger than ever.  As President Biden recently said, we are committed to taking our relationship with Greece to the next level.  The sky’s the limit for what our countries can accomplish together!

So I deeply appreciate this symbolic award from the people of Skoufas, Peta, and Ioannina, which honors both the sacrifices of these American philhellenes and their enormous respect for the shared values on which our democracies are based.

May this award be a reminder of the freedom that we hold dear and the enduring bonds of friendship between our nations.