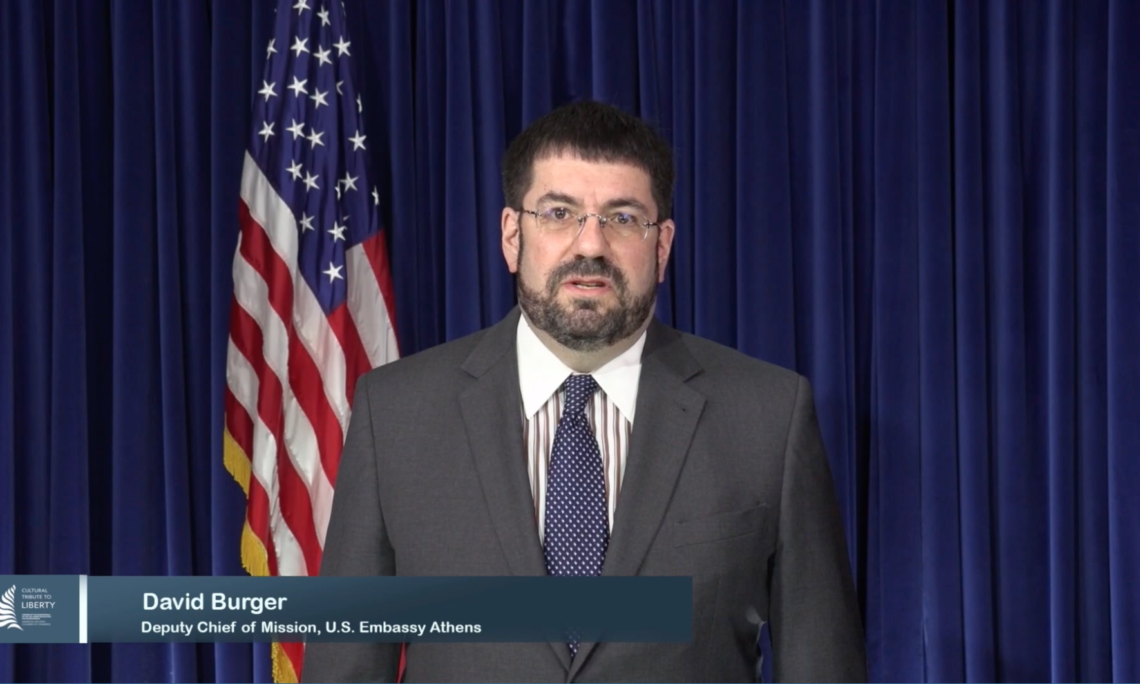 Thank you Nikos and Zozo for inviting me to speak and for organizing this event.  I wish we could be together in person, but am glad to have this opportunity to share a few thoughts with you in this virtual format.

I would be remiss if I did not take a moment and, on behalf of the entire U.S. Mission to Greece, express my heartfelt sorrow for the events unfolding right now in Ukraine.

In their call on Sunday, Secretary Blinken and Foreign Minister Dendias condemned Russia’s premeditated, unprovoked, and unjustified invasion of Ukraine.  They condemned Russia’s ongoing attacks on civilian targets, including the loss of ethnic Greeks killed in Russia’s brutal assault on Mariupol.

The United States thanks Greece for its steadfast support of Ukraine and of U.S., NATO, and EU efforts to hold Russia accountable for its actions.

Moving to the focus of today’s event, I would like to commend AmCham Greece for this great initiative to honor and celebrate the Greek Bicentennial.

Congratulations also on your 90th anniversary.  I would also like to thank Nikos and Elias for your leadership that has helped take the U.S.-Greece relationship to new heights.

The Greek bicentennial was a wonderful opportunity for our two countries to celebrate Greece’s heroic struggle for freedom and the shared democratic values and friendship that have united our nations now for more than 200 years.

Complementing the efforts of he Greece 2021 Committee, the U.S. Embassy contributed to several initiatives throughout the past year to raise awareness of the role Americans played in supporting Greece’s ambitions to create an independent, democratic state 200 years ago.  We celebrated the remarkable people-to-people ties that started then, and remain the bedrock of our relationship.

And we have another event coming up.  Through a grant to the UCLA Stavros Niarchos Foundation Center for the Study of Hellenic Culture, we have funded an original play entitled Makriyannis Unplugged.  It was written and will be performed by Yorgos Karamihos at the American School of Classical Studies here in Athens on April 14.

These are but a few of the initiatives through which we have endeavored to showcase the United States’ respect for Greece’s history and our shared democratic values.

We also greatly appreciated the efforts of the Greek American diaspora this past year, including through the leadership of organizations like AHEPA, who promoted the American Philhellenes’ role in Greece’s fight for independence and the seeds of friendship that were planted and continue to grow today.

The bicentennial was an excellent opportunity for us to look ahead toward an even greater future shared together.  Throughout this time, the United States hasunderscored our unwavering commitment to stand by Greece as our trusted friend and key Ally.  And perhaps there has been no more critical time to do so than now as we stand united in the face of the tragic events now unfolding so close to us – here, in Europe, in the 21stcentury.

Today, the U.S.-Greece relationship is at an all-time high.  And I am confident that, as we put the pandemic behind us and as we together overcome the challenges facing us, we will achieve even greater possibilities, building on the momentum of our remarkable shared history and friendship.

When the United States and Greece work together, there is no limit to what we can accomplish.  And both the region and the wider international community are safer and more secure as a result.