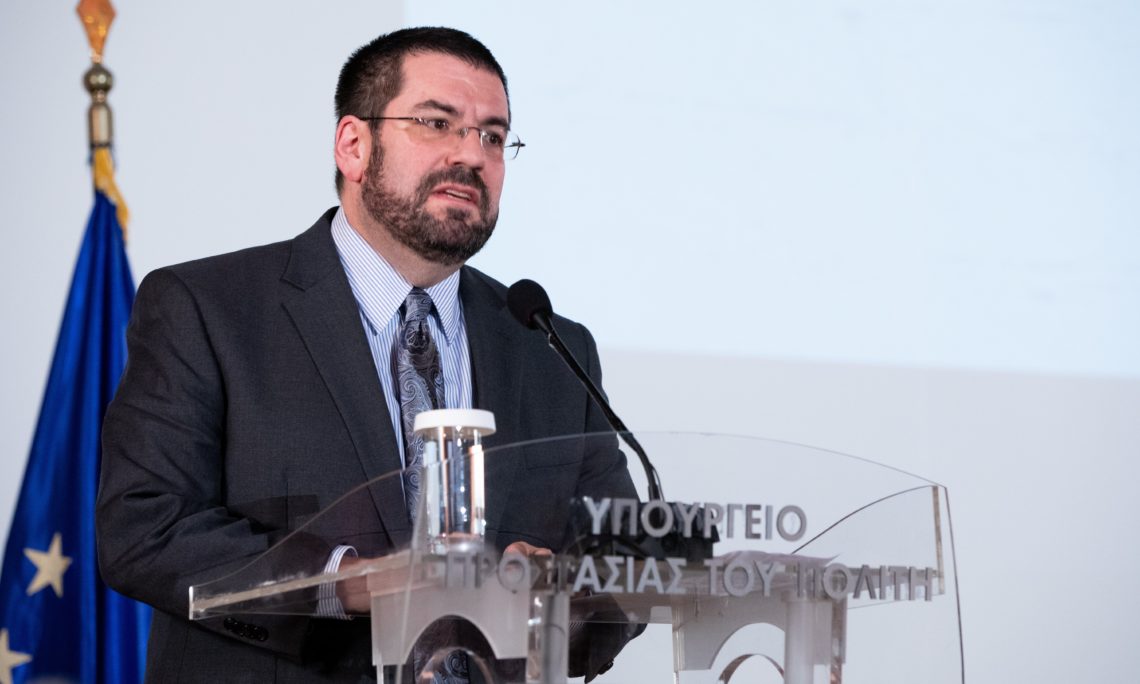 In the courtyard of the U.S. Embassy, just inside the main gate on Vasilisis Sofias, and right inside the Embassy itself and immediately after you pass security, we have two large plaques dedicated both to the  five of our Embassy colleagues – four Americans and one Greek citizen – whose lives were taken while they served the American Mission in Athens by Greek terrorists – and to all victims of terrorism in Greece.

Richard Welch was murdered in 1975; Captain George Tsantes was killed along with his Greek driver, Nikolaos Veloutsos, in 1983; Captain William Nordeen was killed in 1988; and Sergeant Ronald Stewart in 1991.

These men gave their lives serving the United States.  We reflect upon the lives of their family members, which were forever changed by these deplorable acts.  The victims and their families remain in our minds and in our hearts, and our Embassy staff honors their memory and their contributions with a moment of silence each year on Foreign Affairs Day.

We recognize that Greece, too, has been a victim of terrorism.  For this reason, a major pillar of the U.S.-Greece Strategic Dialogue focuses on our law enforcement and counterterrorism efforts.

We share excellent cooperation between our law enforcement agencies in the fight against international terrorism.  Our collaboration on border security and information exchange has led to many important successes and aims to ensure that there are no future victims of terrorism in Greece.  We value this important partnership that keeps both of our countries safe.

The marble plaque in the Embassy courtyard, dedicated on the 10th anniversary of their sacrifice, contains a quote by Thucydides that is as inspiring to us today as it must have been when he wrote them: “The bravest are surely those who have the clearest vision of what is before them, glory and danger alike, and yet notwithstanding go out to meet it.”

We stand in solidarity with the victims of terrorism and their families, and for the values that these victims died to uphold.  The United States and Greece share these values and ideals, and we will continue to work together to end the suffering caused by terrorism around the world.  Ευχαριστώ πολύ.