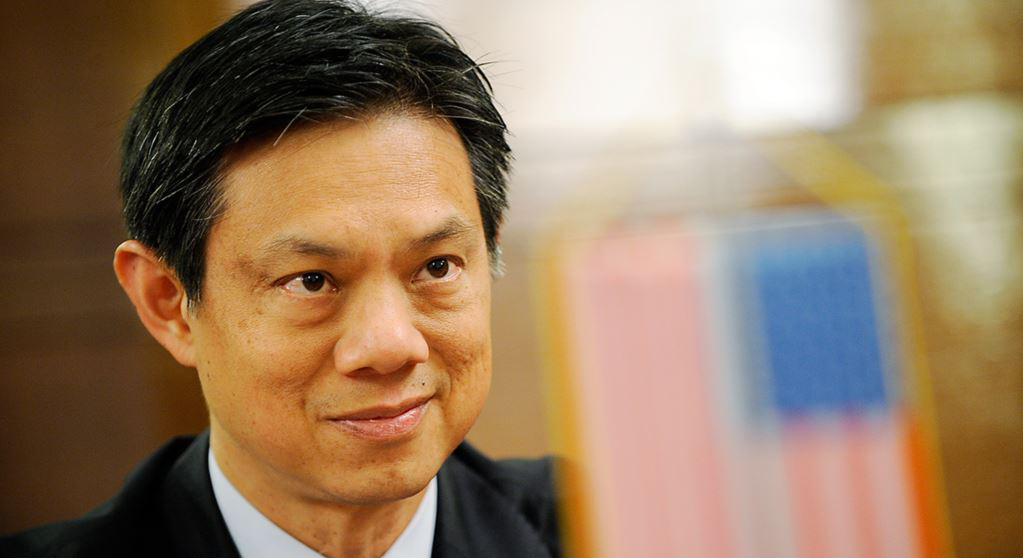 Chairman Johnson, Ranking Member Murphy, and Members of the Committee, thank you for inviting me to appear before you today to discuss the challenges that we see in the Western Balkans and our strategy for mitigating them. I would like to express my sincere gratitude to the Senate and this Committee for your interest in the Western Balkans, where the United States is focused on seeing through our shared vision of a Europe that is whole, free, and at peace.

We have a long history of good relations with the countries of the Western Balkans. Each country in the region is a member of the Defeat-ISIS Coalition, a strong partner on counter-terrorism, and a reliable counterpart in efforts to limit the spread of violent extremism. However, the region is facing its most serious challenges since the 1990s, as countries confront both external and internal threats that, left unchecked, could have serious consequences for the Western Balkans, Europe, and the United States.

Challenges
The Western Balkans faces a number of threats, as internal weaknesses have led to external vulnerabilities. Fragile institutions, shortcomings in the rule of law, poor governance, and unfree media have facilitated endemic corruption that taints nearly every aspect of society. This endangers these young democracies and opens pathways for potentially destabilizing actors – including violent extremists, organized criminal groups, and countries exerting malign influence, like Russia.

Countries across the region score poorly on Transparency International’s corruption perceptions index, ranging from a low of 36, in the case of Kosovo, to a high of 49, in the case of Croatia – out of 100. The OECD average is 68. Macedonia is perhaps the best example of how weak institutions can breed corruption—in Macedonia’s case, political corruption resulted in a 2015 wiretapping scandal that was the genesis of a two-year long political crisis. Bosnia provides another example. Nationalist leaders in Republika Srpska have tried to exploit weak state-level institutions in order to advance divisive policies that could lead to a return to violence. Bosniak and Bosnian-Croat leaders often exhibit similarly provocative or unhelpful behavior. We believe Bosnia-Herzegovina needs much more political and economic reform to mitigate this dangerous vulnerability.

Internal problems in the Western Balkans open the door to external threats, such as Russia, which is intent on thwarting efforts by countries in the region to pursue their Euro-Atlantic path. A particular concern is Russian malign influence, or RMI, in Europe – the covert or semi-covert support for political parties, the use of front groups, and low-profile investments meant to build political influence non-transparently – all under an umbrella of propaganda and disinformation. Some of this is straight from the old Soviet playbook, but updated for the digital age, and taking full advantage of new technologies. RMI is a key part of Moscow’s efforts in the Balkans, alongside more conventional diplomatic tools.

Compounding the external threat posed by Russian meddling in the region, the Western Balkans faces the challenge of dealing with the potential growth of violent extremism. According to open source reporting, 750 to perhaps as many as 950 foreign fighters, mostly from Bosnia and Herzegovina, Albania, Kosovo and Macedonia, have traveled from the region to Syria and Iraq since 2012. While the number of departing foreign terrorist fighters has significantly decreased over the last two years, it is clear that the Balkans remains a focus for ISIS recruitment efforts. ISIS, which, as President Trump has said, represents one of the “most vicious and aggressive” threats we face, has implemented a propaganda campaign in the region and has encouraged those who cannot travel to Syria and Iraq to carry out attacks in their home countries or Western Europe.

The governments of the region are often not fully equipped to deal with this challenge on their own. For example, law enforcement and border security officials, intelligence experts, and prosecutors struggle to work together to identify and disrupt ISIS and terrorist plotting. Borders in the region remain porous, and the transit of foreign fighters both north to Western Europe and south to Iraq and Syria continues to pose a significant vulnerability to our security interests in the region, wider Europe, and to the homeland. Several countries lack the cyber expertise to analyze seized electronics and monitor online activities. Once terrorists are put in prison, many countries lack the training and resources needed to rehabilitate them and prevent the spread of radicalization to violence. It is also critical to identify vulnerable populations and directly address the root-causes of extremist ideologies. Finally, many countries also lack capacity to counter and prevent terrorist messaging, or to identify vulnerable individuals and intervene in recruitment process.

These continued challenges are formidable, but we have been active in helping the countries of the region to confront them. Perhaps most importantly, we are taking steps to shore up rule of law and stamp out corruption in the region by pressing our partners to accelerate needed reforms and providing targeted assistance. For example, with our assistance, Albania is implementing wide-ranging judicial reforms that will dramatically strengthen the rule of law and reduce wide-spread corruption. Montenegro’s new Office of the Special Prosecutor has cracked down on corruption within the government, bringing charges against nine senior officials and opening investigations against several dozen more. In Serbia, a USAID program has helped streamline business inspections and automate the building permit process, a reform that was partially responsible for Serbia moving up 44 spots in the World Bank’s Ease of Doing Business survey over the past two years, to number 47 in the world. We are urging political leaders and criminal

justice institutions to show the will and courage to far more aggressively investigate, prosecute, and punish corrupt actors and the organized crime groups they protect.

Across the Balkans, we are working to spur economic growth by improving the business climate. We are fostering communication between the business community and the government, leading to improved regulatory systems, decreased red tape, and a more level playing field for foreign investors. We are also helping the countries of the western Balkans to develop more competitive economies through both regional and bilateral assistance. Our assistance is aimed at integrating and harmonizing regional markets, with a special focus on bolstering linkages with the EU. This will increase private sector competitiveness by targeting key regional value chains, such as IT, tourism, and agribusiness, and improve financial sector stability and growth, notably by expanding capital market integration and increasing access to capital for small- and medium-sized enterprises.

We are also pushing the region to make the needed reforms that will transform their countries into stable, prosperous societies. In Montenegro, we worked with the government to help it make the reforms needed to join NATO. Though Bosnia’s political institutions are still deeply dysfunctional, we are working with leaders there and with some of our European partners to encourage much-needed political reforms before the 2018 election. And we have been a strong backer of the EU-led Serbia-Kosovo Dialogue, with the goal of normalizing and advancing each country’s progress on their respective European paths.

We have developed a full-spectrum approach to push back against Russian malign influence. To combat Russia’s wide-spread propaganda machine, we are amplifying our messages, correcting false statements, and supporting independent media and investigative journalists.

In order to make the countries of the region more independent, we are supporting projects and promoting policies focused on energy security and diversity. Currently, the Western Balkans is almost entirely dependent on Russia for natural gas. This dominance of the natural gas market leaves the region vulnerable to exploitation. Without alternate energy sources and a more diversified energy infrastructure, Russia will continue to hold this powerful lever. By supporting projects such as the Trans-Adriatic Pipeline, the Krk Island Liquid Natural Gas terminal, and the Bulgaria-Serbia Interconnector, we will help enable Balkan countries to import gas from multiple sources, limiting an important source of Russian influence. Taking full advantage of these investments will require regulatory reforms and the construction of regional interconnectors. This will completely transform the market, allowing countries to import gas efficiently from a variety of sources. Our support toward greater economic integration with Europe helps strengthen the relationship of Western Balkan countries with the West and limits Russia’s ability to manipulate them through economic levers. Strengthening the financial sector, improving regulation and supervision, and increasing the adherence to international standards builds resilience and improves access to finance, thus minimizing weaknesses Russia can exploit . We are also using our military assistance programs to counteract Russian influence by building up the human capital of militaries of the region and offering options that allow countries to move away from over-dependence on Russian military equipment.

We are also working to counter the spread of violent extremism and end ISIS’s influence in the Western Balkans. The countries of the region recognize, as Secretary Tillerson has said, that “ISIS is not more powerful than we are when we stand together.” That is why every country in the Western Balkans has joined the Defeat-ISIS Coalition. Each has also criminalized foreign terrorist fighting, developed or is in the process of developing national countering violent extremism strategies, and established dedicated counterterrorism units. As a result of these efforts, and, in part, because of our capacity building assistance, the flow of foreign terrorist fighters to Syria and Iraq has significantly decreased over the past two years. As we continue to strengthen our law enforcement relationships, our partners are also arresting foreign terrorist fighters and breaking up ISIS plots in the region.
We appreciate Congress’ continued support in providing resources for these programs, which enhance our national security interests, and help our partners to address today’s evolving transnational threats. This is a long-term project with no “one-size fits all” strategy. However, we are committed to the task, and expect to see continued progress in this area.

It is clear that the countries in the Western Balkans face serious challenges. However, creating stability and progress in the region is not an impossible task. In fact, with our and Europe’s active engagement, over the past month Montenegro has joined NATO, Macedonian leaders have come together to form a new government, the Albanian opposition agreed to end its boycott and participate in elections on June 25, and Serbia is on track to open two new EU accession chapters this month. Yet, we also understand that there is much work to be done.

A stable, prosperous Western Balkans that is integrated into Europe and a strong partner on counter-terrorism will help make America more safe, provide opportunities for U.S. businesses, and ensure peace in the region. To accomplish this goal, the countries of the region need to commit themselves to the deep reforms needed to make their societies a success. But we also need to help them make the necessary reforms and push back against foreign malign influence, terrorism, and other external threats. Our goals in the Balkans are ambitious, but we are committed to seeing the region integrated into the European family of democratic, prosperous nations and partnered with the United States in advancing our common interests.