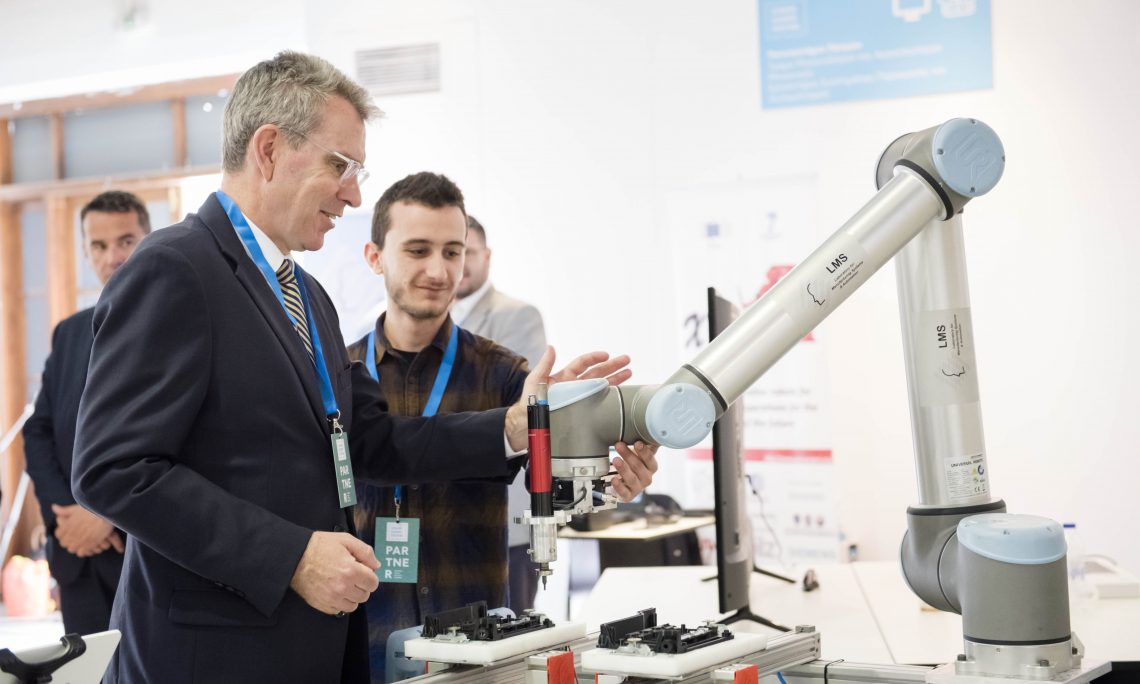 U.S. Ambassador Geoffrey Pyatt visited the Athens Science Festival, the largest science and technology event in Greece for audiences of all ages. Ambassador Pyatt had the opportunity to test some of the Virtual Reality environments – including a VR bicycle ride – operate a robotic arm built by a 15-year old student, talk with the University of Patras students that built an electric Formula One car, and run some experiments with students from the 8th Korydallos High School.

U.S. EMBASSY ATHENS is supporting the participation of two prominent Greek-American scientists in the Festival: Demetris Matsakis, Chief Scientist for Time Services at the United States Naval Observatory (speaking on Saturday at 7pm); and Stamatis Krimigis, Professor Emeritus and Head of the Space Exploration Sector of the Johns Hopkins University Applied Physics Laboratory, as well as Principal Investigator on NASA’s Voyagers 1, 2, and the Cassini-Huygens missions (speaking on Friday at 7pm).Don’t miss out on the opportunity to immerse yourself in the latest technologies and innovations and see some cool science experiments this weekend. More information about the program here:: http://www.athens-science-festival.gr/en/