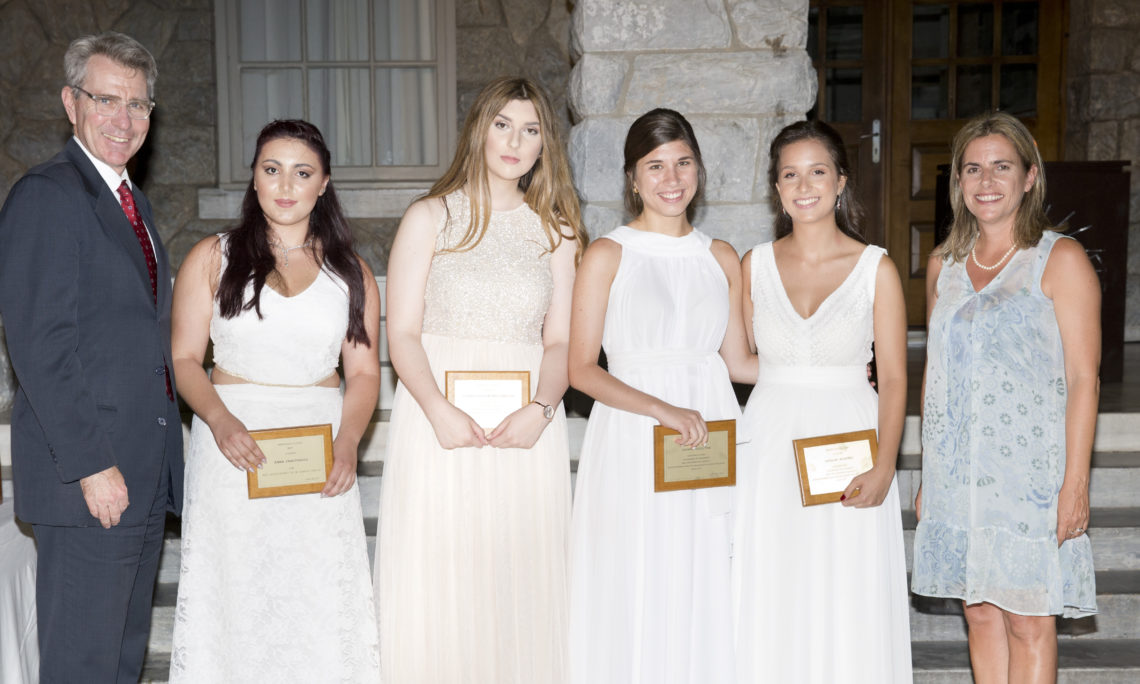 Καλησπέρα. President Vlachos, faculty, staff, family and friends, distinguished guests and graduates of Anatolia College: I’m honored to be here today to congratulate you on your outstanding academic achievement and to celebrate this exceptional institution.

For almost a century, Anatolia College has represented excellence in education and culture, promoted the American approach to education, and built an indelible bond of partnership and friendship between the United States and Greece.

Graduates, I’m very happy to celebrate with you and your families today and I commend your decision to attend the Anatolia College. You should be very proud of your hard work and the long hours you dedicated to pursuing your studies – here in Greece, in the United States, and abroad. The pursuit of higher learning is a noble endeavor, and you have the opportunity now to inspire a next generation of Greek and American students to pursue university degrees. Of course, your academic journey would not have been successful without the substantial support of your family, teachers, and friends.

Today is a day to reminisce and say goodbye to beloved faculty and friends. But, remember, this is just the beginning of a lifetime of learning. And Anatolia College has prepared you well for that journey.

When I first visited Anatolia last October, I was delighted to learn of the many scholarships, partnerships, and entrepreneurship initiatives available to students, as well as the countless academic collaborations Anatolia pursues with American universities like Johns Hopkins and Northeastern. I also learned that the Niarchos Foundation selected Anatolia to be a partner in their Center for Talented Youth, which is a real testament to Anatolia’s dedication to cultivating academic talent. Through these opportunities and collaborations, your school continues to distinguish itself, as Anatolia graduates make a difference in Greece and beyond.

I’ve witnessed the tireless efforts of President Vlachos, his associates, and trustees, to improve and strengthen the school, and I look forward to watching Anatolia grow and thrive during my tenure as Ambassador.

Anatolia College and its graduates exemplify the enduring, people-to-people ties that bind the United States and Greece. We saw a concrete example of this relationship when the Learning Spaces and Fab Lab opened, funded by USAID and the Office of American Schools and Hospitals Abroad. USAID has supported Anatolia College with financial grants for more than four decades. With this assistance, Anatolia has become a pillar of educational excellence in Northern Greece and an example of the global connectivity that guides this institution.

With foundations in modern-day Turkey, Anatolia also embodies Greece’s ties with Asia Minor and the blending of cultures and traditions here in Thessaloniki and Northern Greece. This has been a place of learning and a home for students from far-reaching regions of the world since 1886 — exemplifying the importance of international exchange and the strong bilateral relationships we need to ensure a successful future. Anatolia has been distinguished by its talented and diverse student body, providing excellent, American-style education in this historic and cosmopolitan city of Thessaloniki.

The United States remains committed to helping all of Greece emerge from its long economic crisis as a strong and stable member of the European Union, a NATO ally, and a pillar of stability in this complicated region.

It is no secret that you are graduating at a time of economic uncertainty. Graduates, I urge you to use this crisis as an opportunity, to think creatively about your future as citizens of an increasingly interconnected world. This sense of connectivity is the defining aspect of the world you will grow up in, and it is the biggest single change that has happened in politics and economics since I stood in your shoes three and a half decades ago.