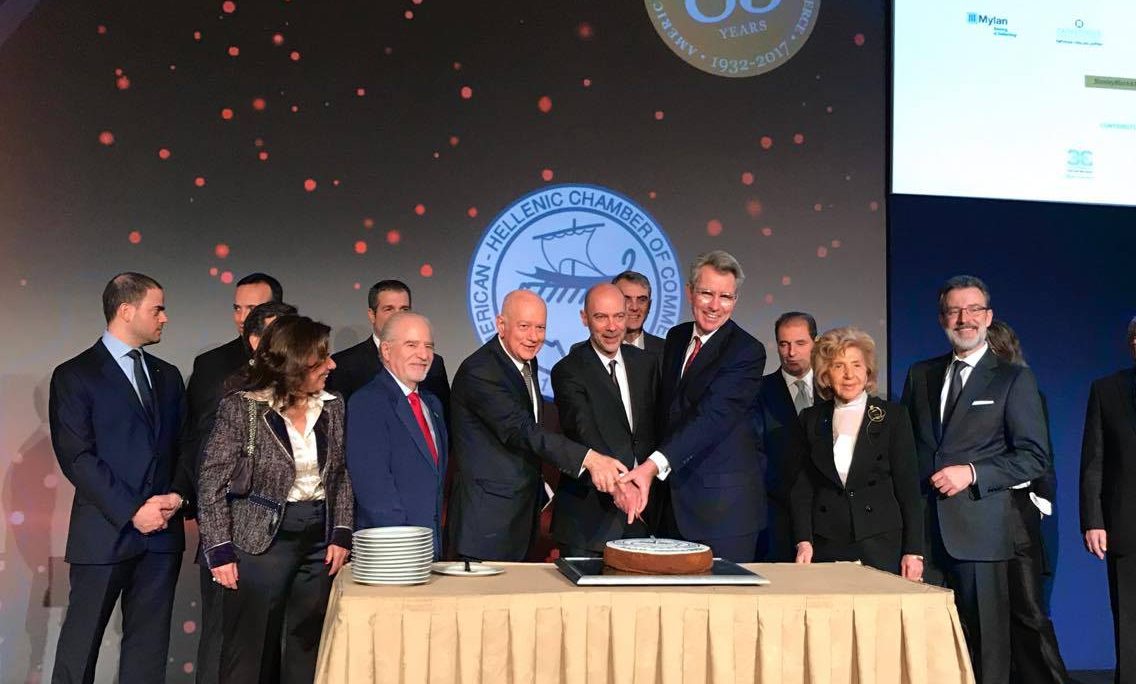 Thank you Simos, καλησπέρα σας!  Let me begin by saying what an enormous pleasure it is for me to be with everybody here tonight.  When I first arrived in Athens, about four months ago, I made the point to Simos and to the team at the AmCham that, in terms of my priorities here, we have no more important partner than the American Chamber and the companies that it represents.  Because, ultimately, for the United States, our highest priority in Greece is to see a prosperous, growing, stable, democratic Greece which can serve such an important role as a pillar of stability in a very difficult region.

I am also hugely honored that we have the Minister here with us this evening; Minister Papadimitriou has become a good friend but, more than that, he is somebody whose experience in America and love of Greece, in many ways, embodies what, for me, is the strongest aspect of our bilateral relationship which is the people-to-people ties.  So thank you, Minister, for all that you do to build the relationship between our two countries.

Mary and I have had an overwhelming welcome to Greece over the past four months.  We’ve been touched by the warmth of the people; we’ve been fattened by the wonderful food; we’ve been so, so impressed by all that we’ve seen in our travels.  But we know that this is just the beginning of a long journey.

One of the really exciting parts of that journey is getting to know new traditions and this will be our first pita cutting and, I promise, it will not be my last, that there are many, many more to come!  But I really do like the tradition of marking a new beginning with a sense of hope.

I know for all of us who were part of President Obama’s visit here, you got a strong sense of the American commitment to standing by the people of Greece as you work through the challenges that you confront.  My priority for 2017 is to carry that momentum into our new government – to see that 2017 really is the year when Greece emerges from economic crisis; begins to reap the benefits of the many, many sacrifices that have been made over the past six or seven years; and begins to fulfill the enormous potential of the people of Greece, which has been so clear to me in my first months here.

So my resolution for 2017 is to build on that positive momentum.  I wish all of you the happiest of new years.  Καλή χρονιά, χρόνια πολλά!  Thank you.