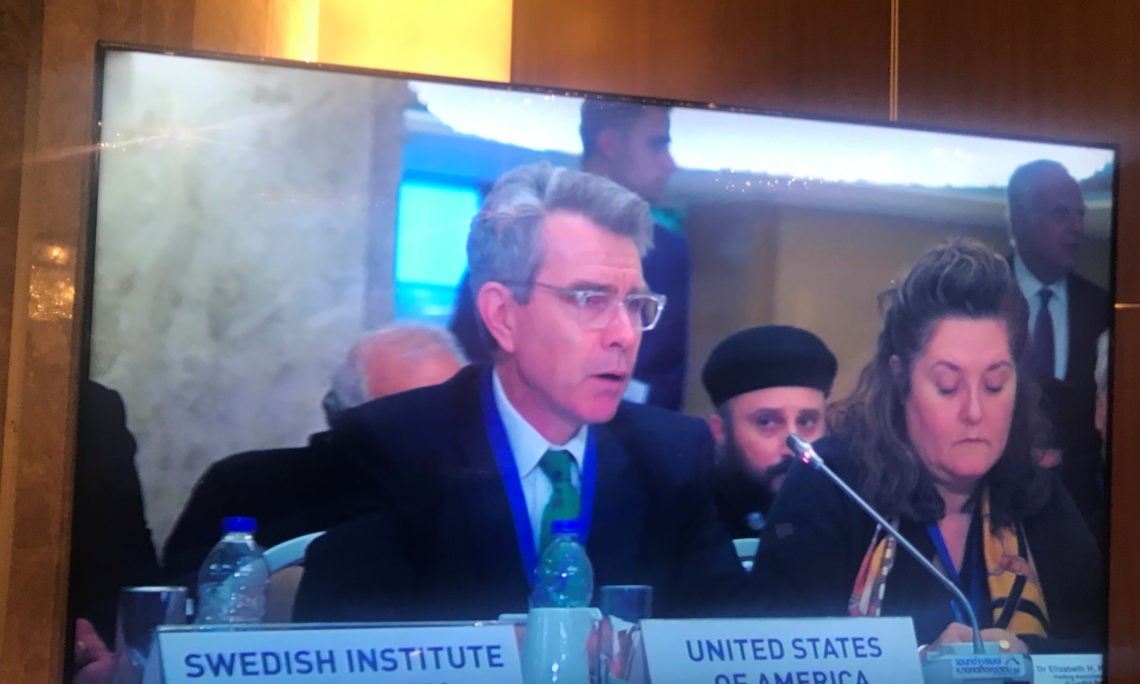 Thank you, Foreign Minister Kotzias for the invitation to be here today, and for your efforts to promote tolerance, cultural and religious pluralism, and peaceful coexistence.

I know Secretary Tillerson regrets not being able to be here to speak today, but I am honored to be able to send his regards and to participate in this conference on his behalf. I would like express my appreciation to all the esteemed participants for committing to support the important cause of religious tolerance and pluralism.

As President Trump has highlighted, “From the beginning, America has been a place that has cherished the freedom of worship… Our goal is to achieve a better tomorrow—one where good people of all faiths, Christians and Muslims and Jewish and Hindu, can follow their hearts and worship according to their conscience.

”At the launch of this year’s International Religious Freedom Report, Secretary Tillerson committed to continuing our work with regional partners to protect religious minority communities from terrorist attacks and to preserve their cultural heritage.

“Where religious freedom is not protected, he added, we know that instability, human rights abuses, and violent extremism have a greater opportunity to take root.”

I would like to conclude by reiterating our congratulations to Foreign Minister Kotzias. With your permission Mr. Chairman I would also like to play a short video message from our Special Advisor for Religious Minorities in the Near East and South/Central Asia, Knox Thames.