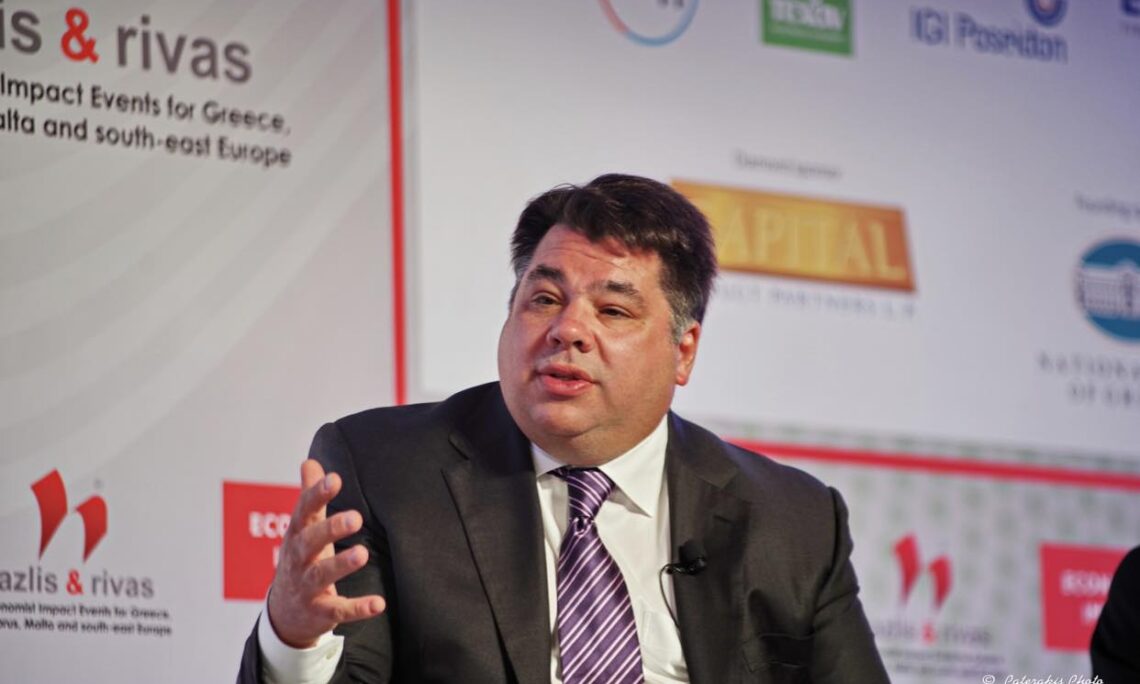 It’s an honor to be on this panel.  I am especially honored [to be here] with our foreign ministers, who do so much to bridge differences, increase dialogue, [and] work for peace and stability in the region.  And it is not an easy region.  There have been challenges that go back millennia here, but I’m reminded of Alexander Pope in “An Essay on Man,” who said [act well your part], there all the honor lies.

You do your most important work with tremendous honor and I’m so grateful to have an opportunity to be with you today.  It is substantially easier to be the United States Ambassador in Greece today than it was 30 years ago.  And a lot of that is due to the work of my fine predecessors.  But I am the United States Ambassador to Greece, despite the fact that my parents both grew up in a very small village in this country, and the fact that my father asked me to not ever forget my roots.  I will not ever forget my roots.

But it’s easy in the fact that the United States’ interests and the United States’ values, which is my job to advocate in this bilateral relationship, overwhelmingly intersect with Greek values and Greek interest.  And what are Greek values?  Democracy.  Rules-based order.  The rules-based international order that has governed Europe for generations now.  Territorial integrity.  Sovereignty.  The freedoms that we have enjoyed for so many decades.

I am just shocked, as I know all of us are, that Ukraine has been attacked.  I never thought that in [the] 2020’s we would see such a thing. And my very good friend, the Ukrainian Ambassador to Greece, Sergii Shutenko, is here today.  Sergii stand up.  Please, if you have an opportunity to spend some time with him, he is one of the great people that you will meet.

Having said that, my priorit[y] in the relationship is [for] one of stability … I think ‘pillar of stability’ has been spoken about now for six years… [so] it goes further than that.  It’s reliability.  When the United States looks for a partner to solve some of the challenges, it goes to Greece because Greece acts and  practices its values and they’re reliable.

They’re always on the right side of history, and they provide a tremendous amount of leadership in the region.  What I would like to see in my tenure is more U.S. investment and that we help Greece not only become a greater defensive partner, become an energy hub in the region, and  de-leverage Gazprom, but also to become a thriving modern 21st century economy, with those spillovers to go through the Balkans.

Because if there’s a point I’d like to make, I think there have been very difficult political challenges that have been solved in the region.  And I think that Europe and the United States have overpromised and under-delivered when it comes to economic investment and support in the Balkans.  That’s something we have to cure, and that’s something that I hope that I would be able to work with the region’s largest economy, Greece, to help accomplish because I think the Balkans need to continue to an EU-NATO ascension.