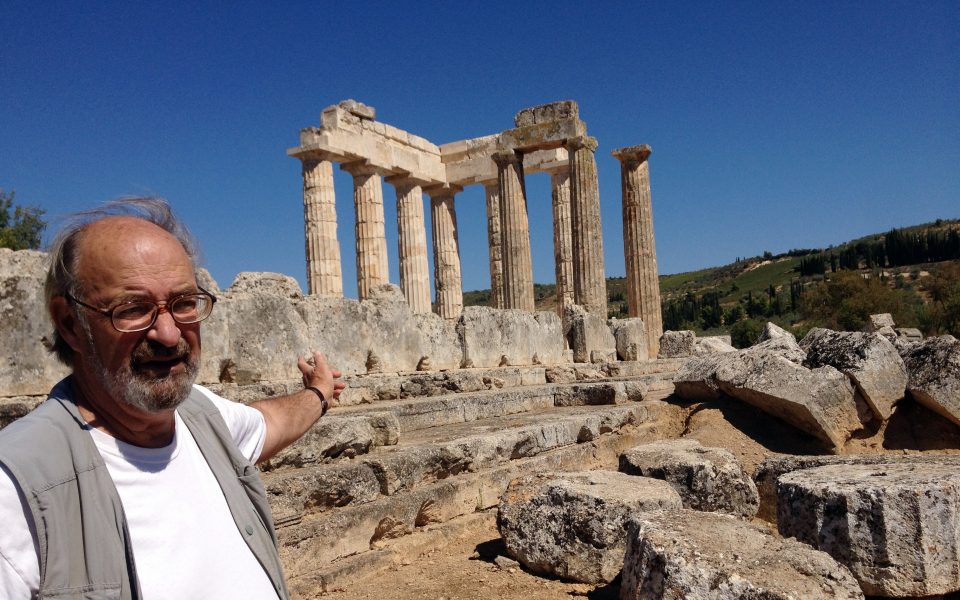 Stephen Miller stands in front of the Temple of Nemean Zeus, southwest of Athens, September 25, 2013. [AP]

On behalf of the entire U.S. Mission in Greece, I would like to express our deep condolences on the death of our dear friend, the proud lion of Nemea, Professor Stephen G. Miller.

As Director of the American School of Classical Studies at Athens from 1982-1987 and leader of the excavations at ancient Nemea under the auspices of the University of California at Berkeley for five decades, Stephen dedicated his life to deepening our understanding of Greek sport and strengthening the academic and people-to-people ties between the United States and Greece.

The U.S. Mission community joins the American School in expressing our sorrow over his passing.  His loss will be deeply felt in Greece and around the world, I expect especially by my predecessors Ambassador Burns and Ambassador Niles, who participated in Stephen’s revival of the Nemean games during their tenures in Greece.  Having visited Nemea with Stephen on several occasions, I know both his love for that region and his pride at Nemea’s place in the Hellenistic world.

Stephen was an American philhellene in the truest sense of the word, and we hope that his memory will live eternally through his important contributions to the field of archaeology and in the hearts of the many people whose lives he touched.