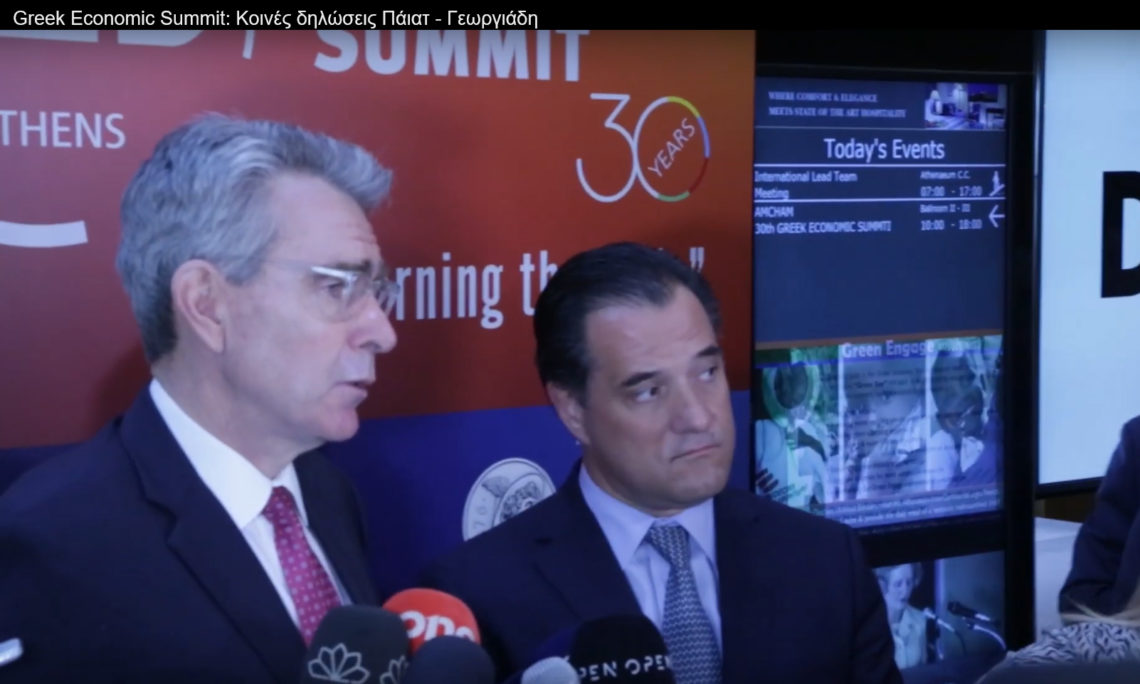 Ambassador Pyatt: Καλημέρα σας. I just want to emphasize the point I made in my remarks about the critical importance of Prime Minister Mitsotakis’s invitation to Washington, D.C. for January 7th, and the fantastic opportunity that represents to get the word out about how Greece has changed over the past months, about the American commitment to do all that we can to help ensure that Greece now begins to move forward economically in terms of investment, in terms of job creation, but also for the United States to underline our commitment to the vision of Greece as a critical pillar of regional stability, a country which is a constructive actor in a broad region that stretches from the Eastern Mediterranean up through the Balkans and the Black Sea, a country which shares our values, and a country which, after a very difficult decade, is now moving forward economically in a way that is good news for Greece but also good news for the United States.

Journalist: Mr. Ambassador, it seems like Turkey tries to interpret in its own way, or even to rewrite international treaties’ maritime law.  What’s your opinion?

Ambassador Pyatt: So I’ll just make three quick points on this. First, the United States and Greece share a strong interest in seeing that Turkey remains anchored in the West, anchored in NATO, anchored in our Euro-Atlantic community. Second, we have consistently made clear our appreciation for the steps that Prime Minister Mitsotakis and his government have taken, literally from their first days in office, to help ensure that the channels of communication between Athens and Ankara are open and to make clear that Greece is not seeking escalation, is not seeking provocation. And finally, I would note that on the question of this purported MOU with Turkey and Libya, we have not seen the text yet, but we certainly see such a move as detracting from the situation of stability that the United States has sought to encourage, and we hope that as quickly as possible, the focus can return to building areas of cooperation based on international law, a point that Secretary of State Pompeo made very clear in his remarks with the Foreign Minister, with the Prime Minister, when he was here in Athens.

Journalist: Thank you very much.