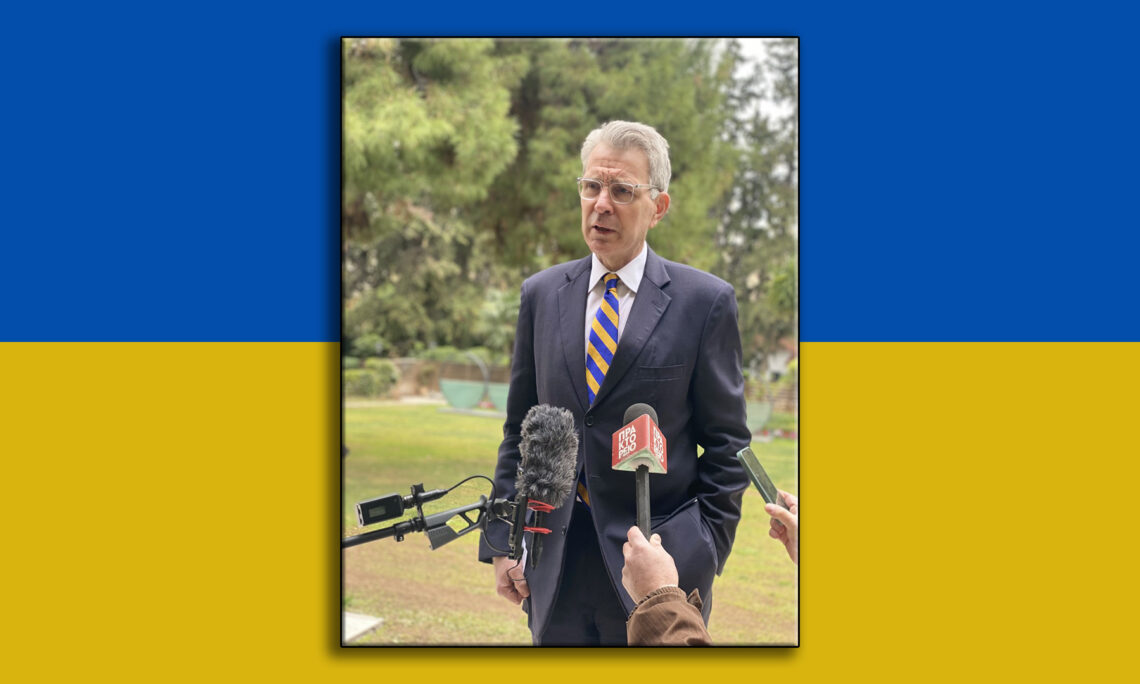 Kalimera.  This has obviously been a terribly painful week for all of us as we have watched the horrific violence that Russia has imposed on the people of Ukraine through its premeditated invasion of a sovereign, democratic country.

Like all of us, I have been horrified by the images we’ve seen of Russian attacks on civilian areas, in large European cities, like Kyiv, Kharkiv, and of course, Mariupol.

We’ve also been heartened by the resilience and the sense of confidence that the brave Ukrainian people have demonstrated.

As regards Mariupol, I am especially sensitive to the hundreds of years of Hellenistic identity that that city possesses.  I want to salute my colleagues from the Greek Ministry of Foreign Affairs, the Ambassador, the Consul General who have stayed in that city, and of course, all of the Greek journalists who have been in Mariupol to document the violence that has taken place, including the Russian airstrikes near Sartana that the Greek Foreign Ministry spoke to over the weekend.  I’m glad to know now that the evacuation of some of these Greek citizens from Mariupol has begun, and also that Greece is maintaining its diplomatic representation.

As we look to the future, as President Biden made clear in his State of the Union address last night, the United States will stand with the people of Ukraine.

We are committed to working jointly with all of our democratic allies and partners around the world to impose a severe cost on Russia for its actions and also to work with our NATO Allies, as we are doing every hour and every day here in Greece, to protect every square inch of NATO territory.

Greece has been and will remain a critical NATO Ally in reinforcing the Alliance’s southeastern flank.  And we’ve been reminded over the past week how important that service and that capacity is.