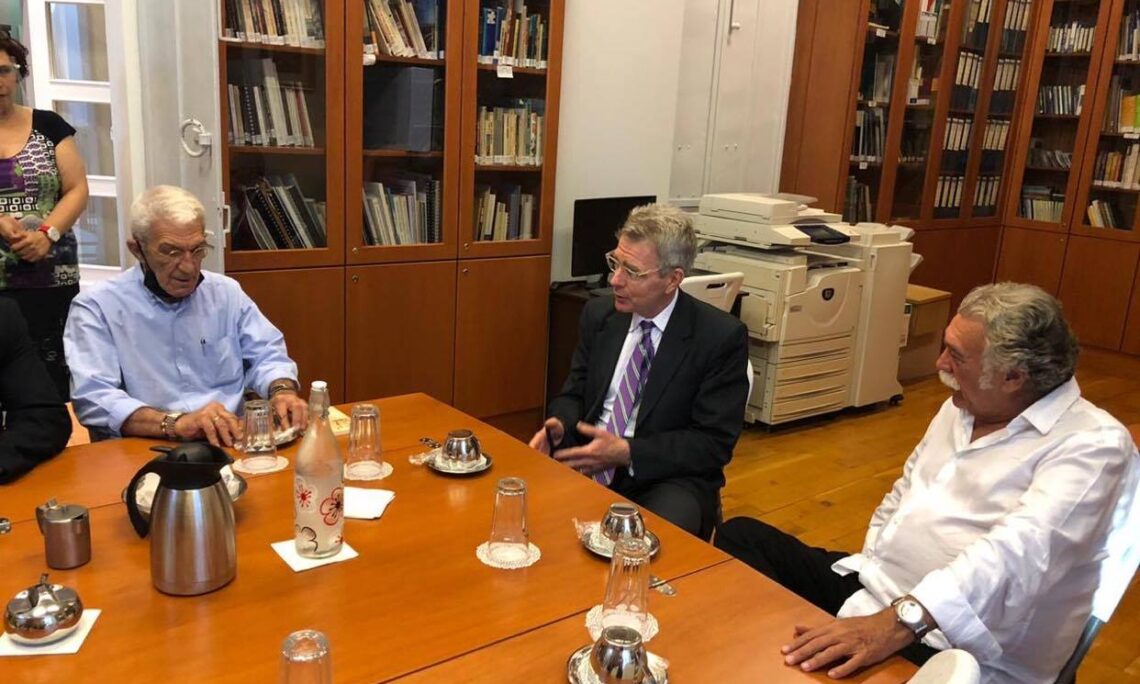 Ambassador Pyatt: It’s a great pleasure to see my friend David Saltiel, the head of the Jewish Community in Greece, but also former Mayor Boutaris in his capacity as the president of the organizing group for the [Holocaust] Museum of Thessaloniki. This is an extremely important initiative for Greece, for the city of Thessaloniki, given the central role that the Jewish community played in the history of Salonika, the terrible legacy of the Holocaust, but also the importance of continuing to teach about what happened and the role that the Jewish community played historically in this part of Greece. So, we’re very committed to our continued partnership. I’m glad that Vice President Pikrammenos has taken the lead in terms of bringing this project to completion, and I’m sure that there will be a very strong partnership between our Holocaust Memorial [Museum] in Washington, DC and the Thessaloniki Museum as it’s completed.

ANA: Are you optimistic about what you heard, that the project will begin very soon?

Ambassador Pyatt: I’m optimistic. Everybody wants to see this project move ahead. I discussed it with Mayor Zervas. I’ve obviously discussed it now with David and Mayor Boutaris, and I think the fact that Vice President Pikrammenos has taken responsibility is also a good sign of the government’s commitment.

ANA: Thank you very much.