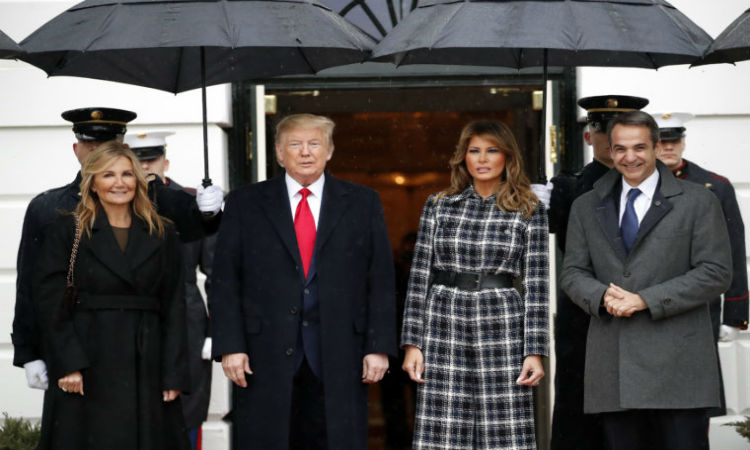 President Trump and Prime Minister Mitsotakis just concluded a meeting at the White House taking place at an important moment when the relationship between our two countries is at an all-time high.  As history has proven, the U.S. and Greece are steadfast partners and allies.

This is an exciting time for U.S.-Greece relations.  After a decade-long financial crisis, Greece has transformed itself and is a source of solutions, a pillar of stability, and critical partner in America’s wider strategy in the Eastern Mediterranean and beyond.  Prime Minister Mitsotakis has gone to great lengths to reduce bureaucratic red tape, eliminate capital controls, expand Greece’s role as a regional energy hub, and cut taxes.  As a result, his message is:  Greece is open for business and ready for American investment.

Prime Minister Mitsotakis’ visit capitalizes on the momentum following President Trump’s signing of the Eastern Mediterranean Bill into law on December 20, which recognizes significant U.S. security interests in the Eastern Mediterranean, and Secretary Pompeo’s stop in Athens this past October to sign the updated Mutual Defense Cooperation Agreement.  And Greece, Cyprus, and Israel’s signing of the East Med pipeline accord on January 2 builds upon the 3+1 framework that Secretary Pompeo set in motion last March in Jerusalem.

There is no doubt:  Greece is a country that shares our goals and our values.  We will continue to invest in our strategic partnership and build momentum to achieve our shared vision for the future.