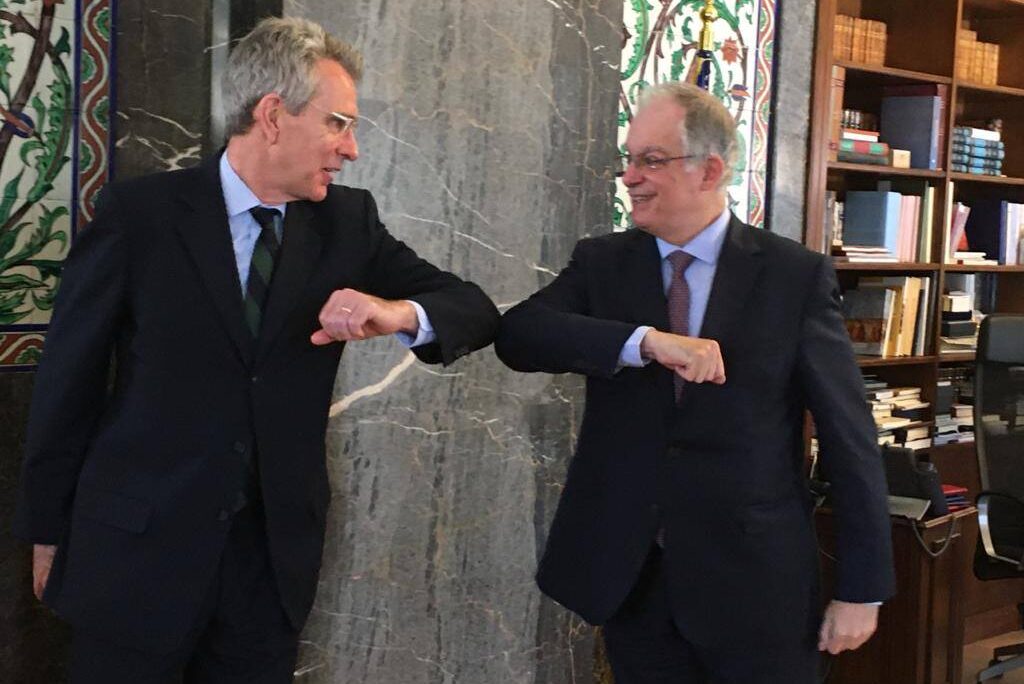 Καλημέρα.  Let me start by saying thank you, Mr. President, for those generous remarks.  I wanted to start my conversation today here in the cradle of democracy by sharing with the President some observations about the historic process that’s underway in my country, in the United States right now.  I described the wave of peaceful protests that have occurred in the United States over the past few days and the strong desire by Americans across the political spectrum to see a more just future for our country that fulfills the aspirations of our founders for a society built on equality and equal justice.  I also made the point to the President in the context of this conversation that we, the United States, just as we have in the past, will work through these issues, and even as we do so, and even as we perfect our democracy, we will also continue to carry out our global responsibilities.

One of those responsibilities relates to our strong and deepening defense and security relationship with Greece.  We of course talked about the complicated situation here in the Eastern Mediterranean, in Libya, Cyprus, the important role that the United States has identified for Greece as a pillar of stability in this wider region, and our unbending commitment to our alliance relationship with Greece, the flagship of which is our defense and security presence at the naval base in Souda Bay, Crete.

We also talked a little bit about the work of Parliament, and in particular the strong focus that the United States is giving to continue to deepen our trade and investment relationship.  I was glad to learn that the President has a personal connection to Syros, and we talked about the important success of the investment by Onex in the Syros shipyard, which brought that asset back to life, and our great hope that Onex will be able to carry out a similar renaissance at the Elefsina Shipyard, which is an even larger asset which is currently not working and which has great potential to help to revive Greece’s very strong traditions in the maritime and shipbuilding sector, which we look forward to being part of, and where the Parliament will eventually play a role as we see these arenas move ahead.

So again, Mr. President, thank you as always for your hospitality.  It is humbling to be here in this house of democracy, and I want to underline, as I said in our meeting, the United States’ deep commitment to the partnership that we have built with you, with your government, and between our two societies.  Ευχαριστώ πολύ.