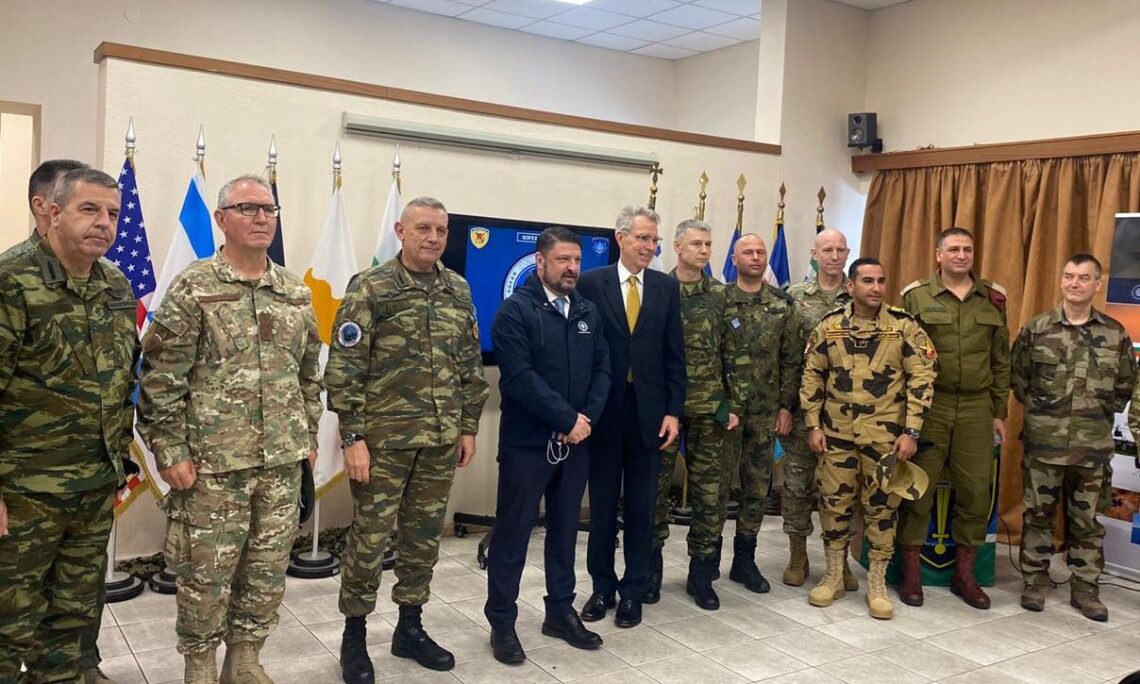 Kalimera!  Let me start by offering huge congratulations to Minister Hardalias, General Floros and General Tzitzikostas.  It is so impressive to see the growth in complexity of this Orion exercise, but in particular Greece’s unique ability to serve as a multiplier of stability, to build linkages from the Eastern Mediterranean with partners like Israel, Cyprus but also with our core NATO allies.

As General Floros said in his remarks this morning, this ability to reinforce and build flexibility in our alliance is more important than ever as we respond jointly to the threat represented by Russia’ s brutal invasion of Ukraine.

Let me also make one particular point about the United States.  I am very grateful that we have here the Commander of Special Forces in Europe General Tabor.  Several years ago, back in 2018, SACEUR (Supreme Allied Commander Europe) made the decision to prioritize their partnership with Greece as one of the key partners in NATO.  That was reflected in our very successful Jackal Stone 2019 exercise, but it is also reflected in a lot of the equipment that we see today with MYA, with the Hellenic Special Forces.

It is so impressive to see the way in which the Hellenic Armed Forces has been able to deepen its partnership with the U.S. Special Forces Community, including the SEALS and Army Operators who are here today as part of this exercise.  That is another example of how the United States is delivering on our commitment to increase Greek capacity, so that Greece can be even more effective as a security partner of choice in the Eastern Mediterranean, Black Sea and Balkans, and how the United States is leveraging our capabilities to help make Greece safer and more secure.

Question: Mr. Ambassador, can you comment on the State Department’s announcement about the possibility for Turkey to purchase new or modernized F-16 aircrafts?

I will just say this is part of a normal evolution in terms of the U.S. relationship with Turkey.  The United States, like Greece, has an interest in seeing that Turkey remains anchored in the West.

So, I am going to focus on my responsibility, which is to grow the U.S.-Greece security relationship, which I am confident is going to continue to expand and accelerate from strength to strength.

And you could see that in today’s exercises.  The Mark V Special Forces boats, the Kiowa Warrior helicopters, the Chinooks.  There is so much that we are doing together today which is unrecognizable from where the U.S.-Greece military relationship was when I arrived here almost six years ago.  And I am very confident that that partnership is going to continue to accelerate and deepen into the future because it rests on the basis of shared interests but also our shared democratic values.