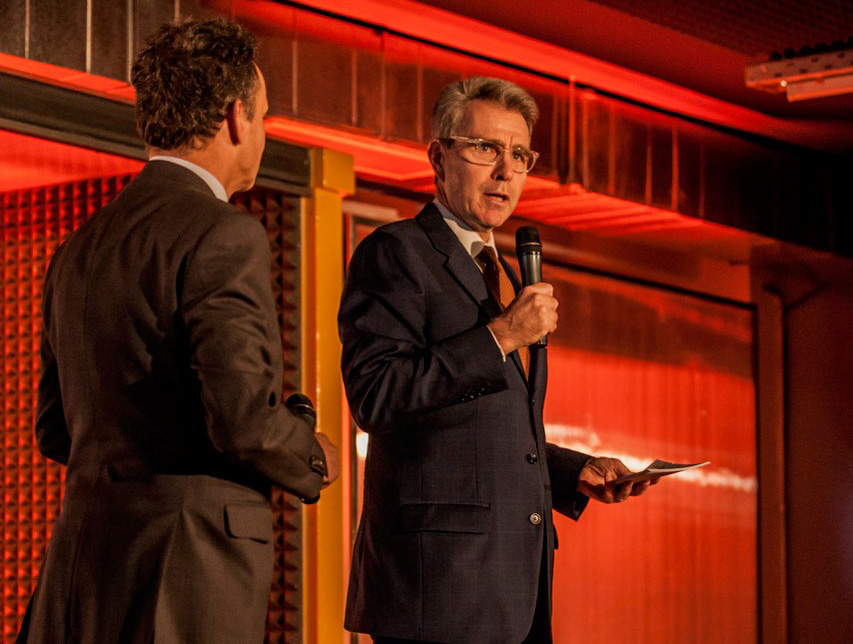 Embassy of the Netherlands

First of all, let me say what a thrill it is for me to be here this evening.  A year and a half ago when I arrived in Athens and I came to see the Dutch Ambassador, and we were walking around the embassy, and at the end of our conversation he said let me show you Orange Grove.  I said what’s Orange Grove?

And pretty much from that moment onwards I’ve been saying to my staff at the U.S. Embassy, let’s find a way to partner with the Dutch Embassy on “The Squeeze” on the great work they’re doing in Orange Grove.  And I’m especially proud that we’re able to do so at tonight’s event which is not only a typical Orange Grove pitching competition, but focused on women entrepreneurs, which is a sector that is so important to the start of Greek economic recovery.

I also want to say this is a special pleasure for me because we just finished the Winter Olympics.  One of the most thrilling things about the Winter Olympics this year was the performance of the Dutch teams.  I did the math.  Holland has a population that’s about 1/20th of the United States, and we basically were neck and neck in the medal competition throughout.  So special congratulations to all of our Dutch colleagues here.  Fantastic, and the skating especially was great.

Two last points I’ll make from my side, and then you can ask me a question if you want.

One, I’m very, very, grateful to our two American judges who have come — Gigi and Sharon.  Thank you guys for making the trip here.  I’m especially glad because in addition to this event they’re going up to Thessaloniki tomorrow for a similar event in Thess on Saturday.  And this is a very special year for the United States in Thessaloniki in Northern Greece because we are the honored country for the Thessaloniki International Fair in September.

The theme of the U.S. Pavilion is going to be Technology, Innovation, Knowledge-Based Economy.  I’m very excited about the conversations I’ve had, just last week in Delphi with Microsoft and Google about what they’re going to bring to TIF.  But we really want to use our year at TIF to highlight the very best of American innovation, creativity, the digital economy, the way in which American companies are helping to build a networked and connected future.

So this event which we will do in Thess on Saturday is very much part of laying the foundation for what I hope will be a very exciting TIF.  I hope a lot of you will have an opportunity to see what we are putting on there, but also meet with American businesses that we are encouraging to come to Thessaloniki in September as an opportunity to tap into the opportunities that we believe exist around Greek economic recovery.

Again, Caspar, thank you for letting us ride on your coat tails.  I look forward to this evening.