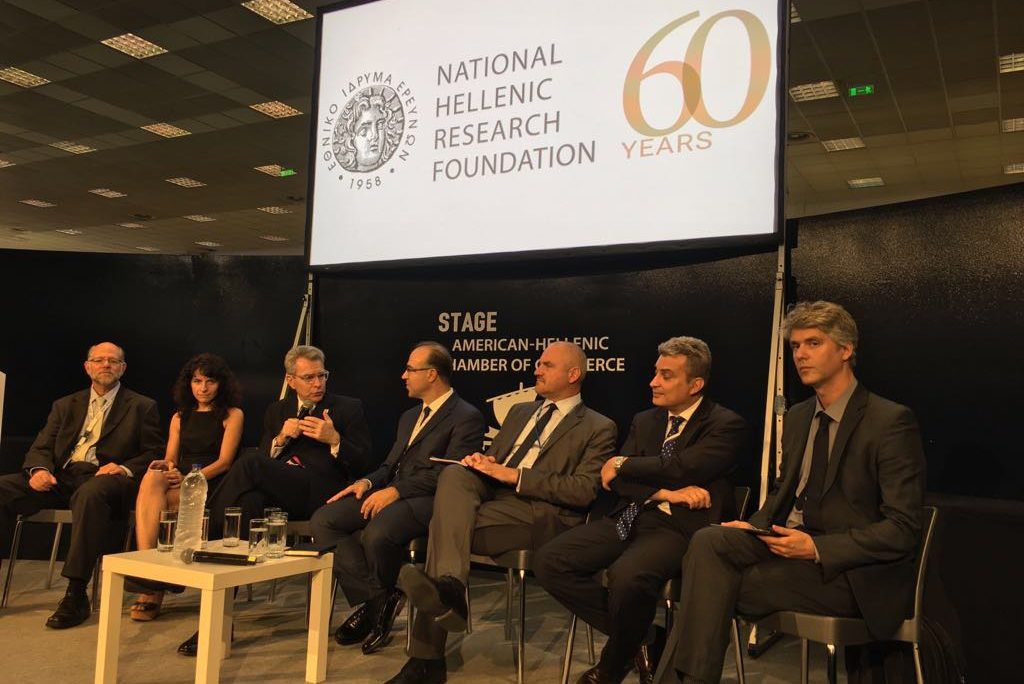 First of all, let me say congratulations to the National Hellenic Research Foundation for putting this event on.

I will share just a few ideas. First of all, as you all know, we have put a major focus on technology innovation as part of this American Pavilion, and we brought a lot of leading American technology companies into this effort. But one thing that has struck me is especially among the participants that come from outside of Greece, from European headquarters or elsewhere, they have been amazed when they walked across the street and saw how much is happening at the Government Startup Pavilion.

The Greek startup community is really still an untold story. It’s the best kept secret, as I like to say.

I’ve traveled a lot around Greece over the past two years. I’ve been honored to visit the Technology Park in Patras, for instance, which is a fantastic example of exactly what you’re talking about — building bridges between academia and the marketplace and creating opportunities to leverage Greece’s very strong human capital base.

But I was amazed to find the same thing in Giannena. Of course, you’ve got the same thing happening at multiple sites in Athens. And I think this is clearly a phenomenon which now has some legs, as we would say in the United States. There is some momentum behind this community.

I walked through Pavilion 12 several times this week and every time I’m there I’m impressed by how much energy there is. This is a community that’s looking for validation but is also looking for tools. So I think figuring out how to take the, especially the Greek Academy, the universities, and insert the knowledge that’s developed there into markets has to be part of the story of Greek economic recovery over the next couple of years.

A few months ago I was talking with a young woman who graduated from the Politechnica in Athens, and she moved to California. She has a medical technology startup. I asked her to tell me a little bit of her story, and she said she got her start here in Athens. She was part of one of these startup competitions. She got some award money. She got exposed to peers from other countries. And then she went to Silicon Valley and her life was transformed. She said there is no place else in the world where she could find the combination of engineers, marketers, design people, patent attorneys, coders, to bring her product to life.

So there’s a lesson in that.

But thank you very much for letting me be part of this conversation.

I apologize, I can’t stay all afternoon, but we’re trying to jam a lot into my last day here at the TIF. I’m very glad that you’re doing this event and congratulations.