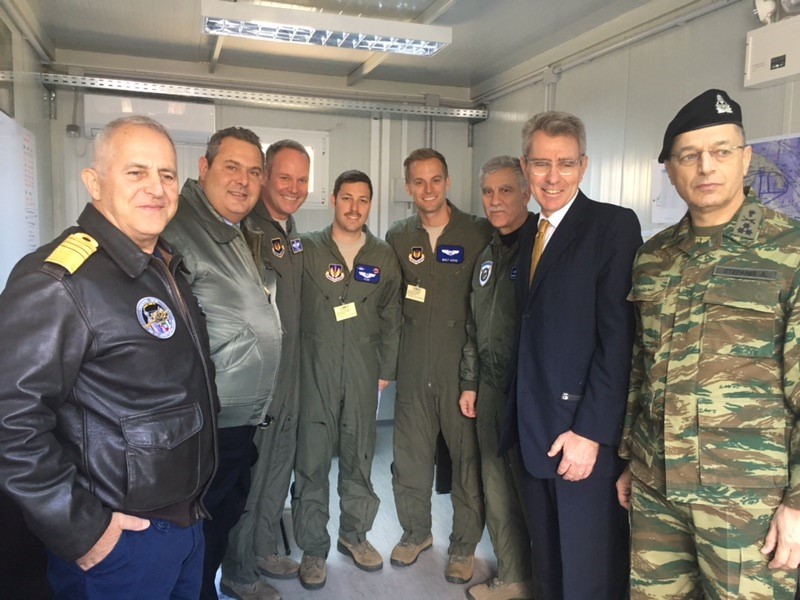 I am delighted to be back in Andravida and very proud that we have the U.S. Air Force again participating so significantly in Iniohos ’18.  This has become an important multinational exercise with broad participation from across Europe and the Eastern Mediterranean, which reflects our vision of Greece as a builder of bridges, as a pillar of regional stability. So I am delighted to be here today.  I was in Souda Bay yesterday with the USS Carney and Deputy Commander of EUCOM Lt Gen Timothy Ray, hearing the briefing on the Carney’s participation in exercise Juniper Cobra* with our Israeli partners, so it’s nice to have the two opportunities back to back and that demonstrates the importance of our partnership with Greece, the great capacity of our Greek allies, and the convergence of our strategic interests.

Question on U.S. position on two soldiers:  I’ll simply say that the United States is fully engaged on the question of the two soldiers, we’re very supportive of the approach that the Tsipras government has taken to maintaining communications with Turkey and we hope that this issue will be resolved expeditiously.