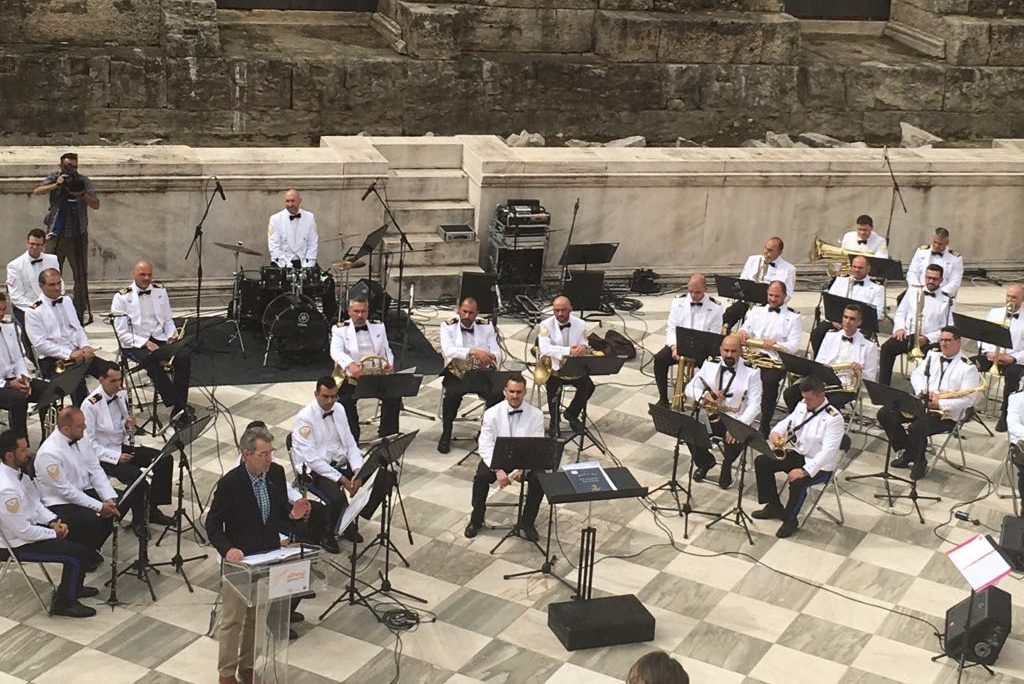 Remarks for the ASTA Conference

Kalimera, Good morning in this fantastic setting. I want to start – and I think she’s already guessed – but I want to start by thanking Anastasia Zanni for that spectacular rendition of the American national anthem.

Minister Kountoura, thank you for having us here today and thank you for inviting me to speak. I would like to extend a warm welcome to the American Society of Travel Agents and all our fellow Americans who are her today. It is great to see all of you here in Athens!

I’m especially delighted to be speaking today at the Herodeon, one of Greece’s most spectacular concert venues. This magnificent theater is nearly 2000 years old, but I can hardly think of a better place on Earth today to watch a live performance. And if you’re back here in the summer, I encourage you to come watch one of the events here at the Herodion.

It’s also a great venue for the opening meetings because Americans are particularly good cultural tourists in Greece. We all learn from young ages that Greece is the birthplace of democracy, the cradle of western civilization, but I can also attest from my own travels in this beautiful country over the last year and a half, whether to ancient Dodoni or the treasures of ancient Olympia, there are still dozens and dozens of spectacular world heritage sites that are still largely undiscovered by American travelers.

In this regard, since she’s in the audience, I should commend to everyone our friend Diane Kochilas, and if you have not seen Diane’s series on PBS, My Greek Table, you should. Diane’s episodes do a wonderful job of melding her immense faith in the people and, for me, what is one of the best parts of Greece, the food.

For many Americans, a trip to Greece means visiting the Acropolis, going to Mykonos, and going to Santorini. And these are wonderful destinations, certainly worthy of their reputations as among the world’s premiere tourist attractions. But the best part of Greece, in my view, is the extraordinary combinations that this country offers — sea, mountains, people, food, and culture — which provide tourists with an incredible variety of once-in-a-lifetime experiences. There truly is something for everyone in Greece, and certainly a reason for everyone to visit more than once throughout the year.

Under the good stewardship of our friend, Minister Kountoura, Greece has implemented new tourism policies to extend the travel season, promoted new thematic products, and opened new markets to boost connectivity, and promoted new Greek tourism investments. American companies are clearly regaining interest here. We saw that with Avis returning to the market here with an $81 million U.S. investment and hotel operators like Marriott and Wyndham rapidly expanding here.

As the Minister pointed out, airlines have added new flight connections to make it even easier for Americans to travel here, and airport privatizations led by Fraport have brought a dramatic improvement in efficiency of all Greece’s privatized airports, and the Athens airport was just voted the best in southern Europe by Skytrax. Greece’s image as a tourist destination has been consistently improving since the beginning of the economic crisis nearly eight years ago now. And I should stress as the Minister did as well that by all indications this is the year we should finally see Greece emerge from the crisis and return to its status as a normal, healthy Eurozone economy.

So as American Ambassador, my objectives here are multi-faceted. First and foremost, to grow investments and exports from American travel services companies; to expand visitors and tourism from the U.S.; to make it clear to my fellow Americans that Greece is a very safe and welcoming destination. Greece recently earned the State Department’s best travel advisory level possible, and of course Greece has some of the world’s most attractive countryside, food to die for, and heritage that makes us all stop and think.

I’d like to invite all of you to collaborate with some of the local municipalities, experts, institutions and tourism-hospitality sector workers and companies, who can help you brand and package these fresh Greek tourism experiences. One thing that I hear consistently in my travel around this country is that local communities and mayors would love to have more American visitors and not just in Mykonos and Santorini.

I also want to point out another opportunity, which is that this year the United States will be the honored country at the Thessaloniki International Fair in September, the largest trade and investment event in southeastern Europe, which is an opportunity for us to highlight, on the world stage, American entrepreneurship, innovation and enterprise. The Trump Administration has promised to send a high-level delegation to represent the U.S. at TIF.

To conclude, one of the great pleasures I’ve enjoyed as the U.S. Ambassador to Greece has been experiencing all this country has to offer. I always remind Americans that Greece is a uniquely welcoming place to visit. Tourism is important because it allows Greece to preserve its cultural legacy so generations to come will be able to experience all of its offerings and this country’s unique contributions to our western civilization.

But I am also proud to say that the friendship between Greece and United States has never been stronger. We have reached a very special moment in our bilateral relationship, and on both sides our governments are committed to building on this momentum. And all of you who are here today are certainly contributing to that.

So I wish you all a successful conference and I’m happy to recommend some great places to visit and some great food to eat when we finish up. Thank you.