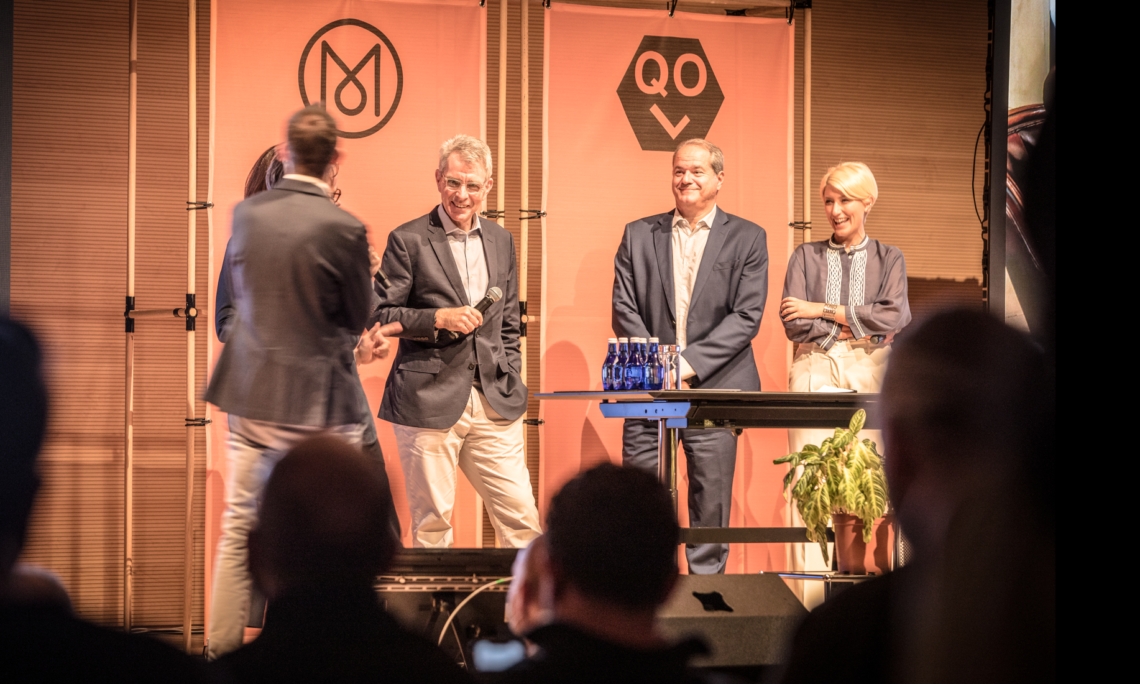 Monocle: Can you tell us in the five years you’ve been here in Greece how you see the country, the alliances it wants to make, and the role it wants to play?

Ambassador Pyatt: The exciting thing for me about the past five years, first of all as the American Ambassador, is that this has been a period of tremendous growth in the U.S.-Greece relationship. That crosses parties here in Greece.  It began under SYRIZA and it has continued and accelerated under New Democracy. But it’s also very much about something these guys know very well, which is Greece’s emergence from the crisis era.

This is a county that lost 25% of its GDP through the economic crisis. As Greece has returned to economic health, that has enabled the government to think more strategically about its role in the wider neighborhood. The most dramatic illustration of that is in the Western Balkans.  The Prespes Agreement with North Macedonia has been critically important to unlocking Greece’s ability to be the best partner of the Balkan countries, in terms of their continued progress towards European reforms, towards Euro-Atlantic institutions, but also in the Eastern Mediterranean.  There is a flourishing relationship with Cyprus and Israel, which the United States supports.

But now there is a whole new geography of Greek foreign policy in the Eastern Mediterranean, the Levant, and beyond. So you have the Prime Minister who two days ago was talking about the importance that he places on Greece’s relationship with India, which nobody was talking about when the worry was was Greece going to fall out of the Eurozone, was Greece going to comply with the requirements of the European Troika.

Ambassador Pyatt: The top U.S. interest is to see Greece continue to play its role as a stable NATO partner, a pillar of democracy, a source of solutions in the wider neighborhood, including in Libya.  But I would also emphasize, I’ve seen all these pictures flashing up of Souda Bay and our Air Force activities. I’m very proud of the great progress we’ve made in our U.S.-Greece military relationship.  But equally important, if I were to do this slideshow, I would also add Pfizer and Deloitte and Microsoft, because there has been a real flourishing of the U.S.-Greece trade and investment relationship over the past couple of years, over the past two years in particular, and we see American companies are coming to Greece not just for a market of 11 million people but as the gateway for the wider neighborhood, of the Balkan market of 30 million, a country with a large balance of human capital, and a very strong diaspora with ties to the United States. That’s one of the force multipliers of this bilateral relationship: the fact that we have millions of people in the United States who trace their ancestry to Greece.

What we’re trying to do – and this has been a very clear priority for the Biden Administration – is to build up the U.S.-Greece relationship as a positive example – both of our commitment to transatlantic ties but also as a stabilizing factor in a region where we see our adversaries active.  You have Russia in Libya, in Syria. Souda Bay is important to all of that. The Chinese are just down the road from here in Piraeus.

Monocle: We also want to talk about soft power here because soft power is super important.  It was interesting to hear you say that you actually picked up the phone, you phoned all the American airlines and said, get these direct flights coming, we need Americans here in Greece.  Tell us about your work on the soft power side.

Ambassador Pyatt: The first point to remember is that Greece’s heavy industry is tourism.  It’s 25% of GDP.  COVID was a disaster for the Greek economy in 2020 and the government was very clear that 2021 needed to be different.  I give a lot of credit to the previous Minister of Tourism who, with my support and recommendation, traveled to Chicago, Dallas and Atlanta, and met directly with the CEOs of the three big American carriers, all of whom now have direct service.

It’s been a great success.  In many ways, it’s American tourists who have helped make 2021 the successful tourism year that it was, in part because Americans tend to stay longer, they spend more money.  And I know that the current Minister of Tourism, my friend Vasilis Kikilias, is very focused on working to see that those non-stop flights continue as long as possible.  As you all know, it makes a world of difference to be able to get on a plane, then you open up the door in Athens and you have that wonderful air and sunshine that just makes life easier.

Monocle: One final question that it seems no Greek wants to be asked in a public setting: What’s the one island you would recommend?

Ambassador Pyatt: So, this summer.  Amorgos, Sifnos, Syros, the Peloponnese, do not forget to overlook the Peloponnese, Crete, of course, Rhodes.  It’s very hard.  But Syros is very special.