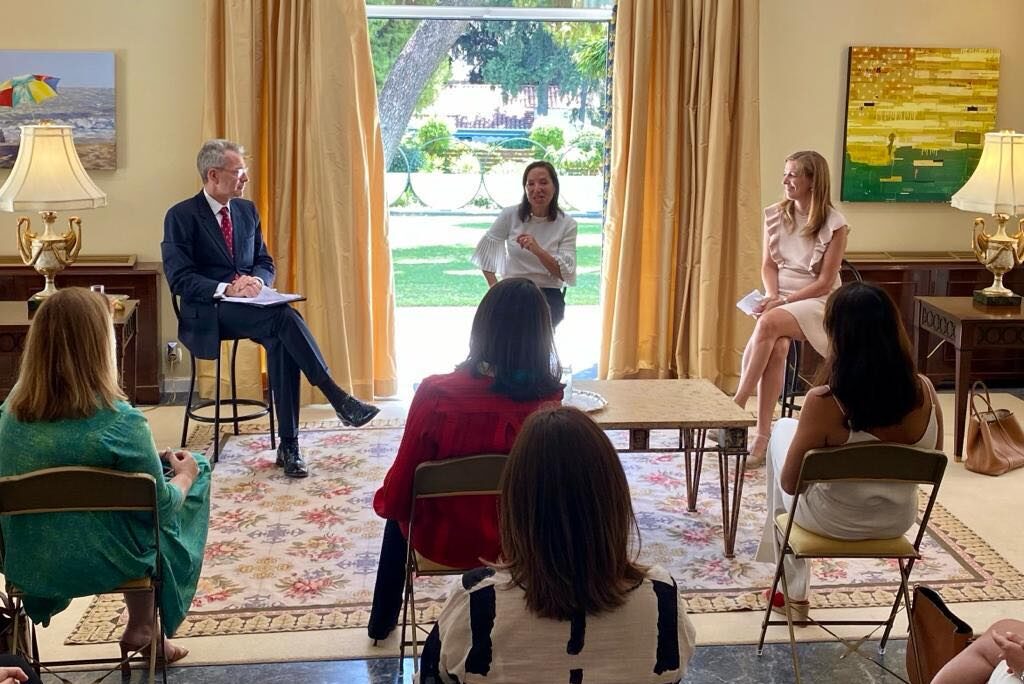 It’s great to see everybody here at the residence.  I’m also proud of all of you.  I’m especially excited that I’m able to do this with my dear friend, Lieutenant Governor Eleni Kounalakis.

I also want to say how wonderful it is to have Women Act here.  I am incredibly proud of the partnership that the Embassy has had with Mae and with all of you from the beginning, in terms of the work that you’re doing.  Also fantastically proud to see how Women Act continues to grow.  I remember in 2018 when we were together with Mareva in Thessaloniki for the launch of Women Act Thessaloniki.  I had not focused on the fact that you now have Women Act Patras, and I’m very excited about that, especially given my own frequent visits to that part of Western Greece.

We also have such fantastic representation here from senior levels of the Greek government, including Minister Kerameus, who I have to—maybe take a minute for a round of applause for the Education Bill.  I know what a political battle that was, but Niki, we are incredibly proud of everything that you’re doing and the way that you’re building the educational ties between our countries.  Deputy Minister Michailidou, the fact that we have multiple deputy ministers who are here who are part of the Women Act parea, and the number of secretary generals really says how you guys are already having an impact.

And the last thing I’ll say, and then I’ll hand it over to Mae for the rest, I remember a couple of weeks ago, my wife and I were in Nemea, and we met a young woman who was working at a vineyard where we were doing a wine tasting.  It was her family vineyard, but she was the real brains behind the operation.  She was helping them to modernize their marketing and all the rest of it.  But she also just got herself elected to the municipal council of Nemea.  And she was talking about how hard it is for a woman in her late twenties to get started in Greek politics.  And I thought, this is why Women Act exists.  So, Mae, congratulations on what you’re doing, and I’m delighted we’re able to do this today.