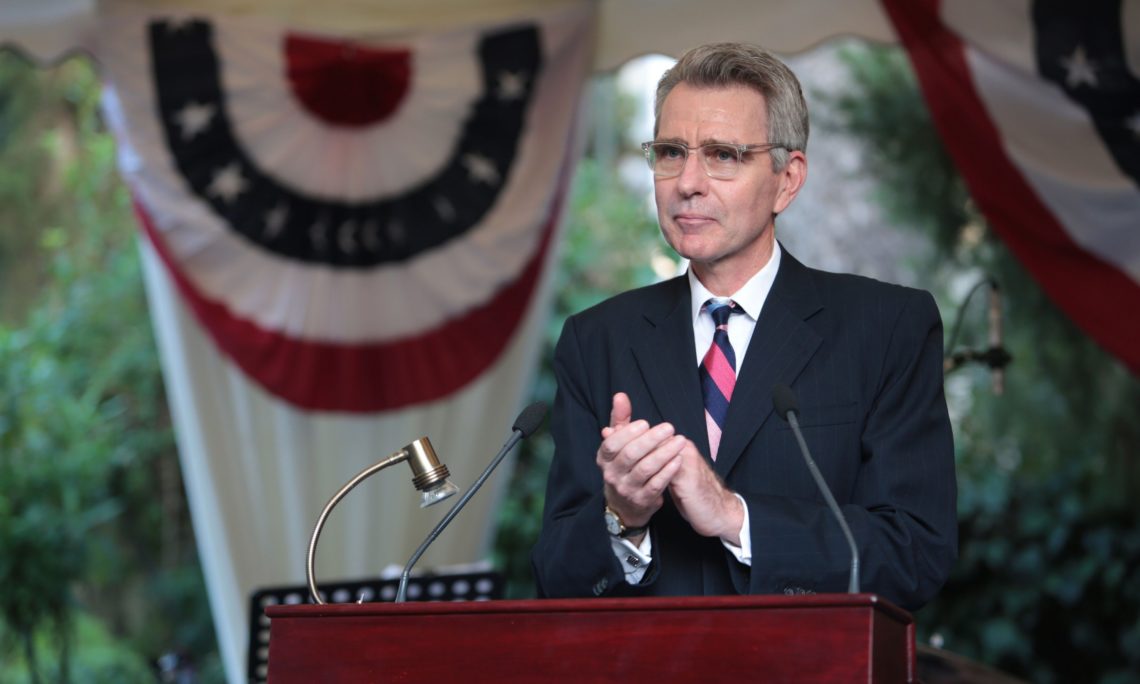 Let me first say thank you to our vocalist, Anastasia Zanni, for that extraordinary rendition of the American National Anthem, thank you so much for sharing it with us.

And to The Hellenic Military Band under the command of Major Evangelos Samaras, – thank you for sharing your talents with us.

I’m grateful that we have such a large representation of the Greek government here, led by Minister Pappas. I also want to recognize the many, many other Greek political leaders we have with us here this evening, notably at least two New Democracy Vice Presidents Adonis Georgiadis and Costas Hatzidakis, and there are probably others here as well. Also several governors, mayors from across this beautiful country, and many, many friends of the U.S. Embassy and our mission here in Greece. Thank you all for being with us.

Today we take this opportunity to celebrate the day that our founding fathers declared independence, and in doing so, took the first step toward the creation of a nation defined not by language, geography, or religion – but by our democratic values.

And it gives me special pleasure to observe this Independence Day in Athens – the city that gave the world this precious gift of democracy – the understanding that as individuals of free will we have the right and indeed the capacity to govern ourselves.

While our founders were deeply influenced by Ancient Greek philosophy and values, it’s also notable that the American Revolution in turn inspired the Greek struggle for independence – which for me captures the essence of the partnership between our nations.

In that spirit of shared interests I want to take just a moment to share a little story about a Greek couple, Nick and Mary Mathews, who came to the U.S. in 1920, Nick from Karpathos and Mary from Sparta. They worked hard, persevered through the Great Depression and Second World War, and eventually settled down in Yorktown, Virginia, where the British surrendered and the American Revolution was won in 1781. Nick and Mary became successful business owners and leaders in their community. And they ultimately donated their entire property, 25 acres, to the state of Virginia to become an integral part the Yorktown Battlefield Park, one of the most important monuments commemorating American Independence, visited by over 3 million people each year.

That couple, who had not had the opportunity to attend high school, received honorary doctorates from their local university, and Mary christened our aircraft carrier, the U.S.S. Yorktown. Nick and Mary are fantastic examples both of Greek resilience and how Greece and America have stood together over the years, joined by our common experiences and shared values.

And that shared spirit continues to this day. We have stood together in every major conflict of the last two centuries. And now, as Greece begins the long process of recovery from an eight year economic crisis, the United States is committed to doing all that we can to help sustain a process of recovery – encouraging foreign investment, keeping a positive spotlight on Greece’s remarkable endowment of human and natural resources, and helping to empower a new generation of entrepreneurs.

So to conclude this evening, I want to thank our Embassy team, especially Kurt Pearson and Kim Magee, who have been working for this day over many months, our wonderful Master of Ceremonies Eleni, and all of our volunteers, and, of course, my wife Mary, who, truth be told, is the better diplomat in the house.

So, please join me and raise your glass in a toast to the 242nd anniversary of the Declaration of Independence of the United States of America; to our friendship, our freedom, and collective pursuit of happiness.

Ζήτω η Ελλάδα. Ζήτω η Αμερική. And please enjoy the garden. Thank you so much. 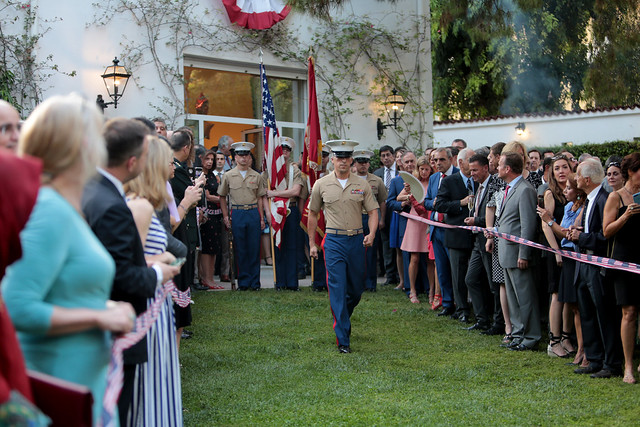