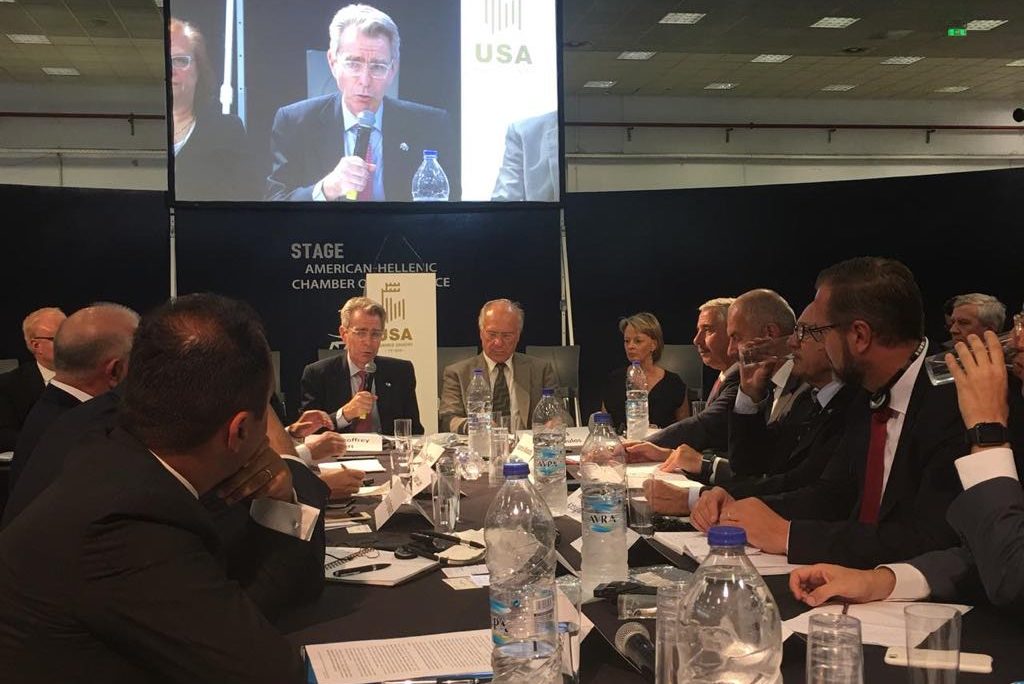 Mineral Resources as a Key Growth Driver for the Greek Economy

Welcome everybody to the Week of America in Greece, the Year of America in Greece. I am extremely proud of this pavilion and the unprecedented strong U.S. corporate footprint that we have at the TIF this year. This reflects an unprecedented U.S. investment in the TIF which in turn reflects our strong commitment which you heard Secretary of Commerce Wilbur Ross lay out on Saturday night to supporting Greece through the emergence from economic crisis and to see that this really is the year when Greece begins to move forward.

I have every confidence, especially after last night, and Sunday I think we had over 30,000 people through this pavilion, that this year’s Thessaloniki International Fair is going to be one for the record books and that the TIF will be truly a landmark in our U.S.-Greece alliance.

We’re very excited about doing all that we can to promote further opportunities between Greece and the United States to help the Greek economy move forward.

And certainly, the strong presence of American companies at this pavilion is a validation of the fact that at least U.S. multinationals are taking another look. That is, Greece has emerged from economic crisis; American companies are recognizing that there are real opportunities here and they want to explore those and to put their best foot forward.

This is especially true here in Northern Greece where a lot is changing. You can see things on the very near-term horizon that would really validate the vision that Prime Minister Tsipras laid out of Thessaloniki again becoming the capital of the Balkans. Whether it’s the privatization of the Egnatia, the privatization of the Alexandroupoli Port where you have strong American interest, and also a strong American interest in seeing Greece make further progress in its ties with your neighbors of the Western Balkans.

But as we work on this vision for Thessaloniki, this vision for Northern Greece, one of the factors that I know American investors will take strongly into account is the record, the experience of existing investors.

As I always say, in this sector, in particular, success breeds success. That’s why we were so excited about the announcement of Bionics of their interest in the Skaramagas Shipyard, building on their successful investment which has really brought back to life the Syros Shipyard. And what you can get from that is the very best of American capital, American innovation, American expertise.

The mining sector, of course, is a particularly dynamic one in Greece. It’s one with literally thousands of years of history going back to Plato, and if developed properly, using best practices and good cooperation between government and industry, it can be a major positive element for the Greek economy, and especially for Northern Greece where there are so many resources.

So thank you for inviting me to join, and I look forward to hearing the conversation.