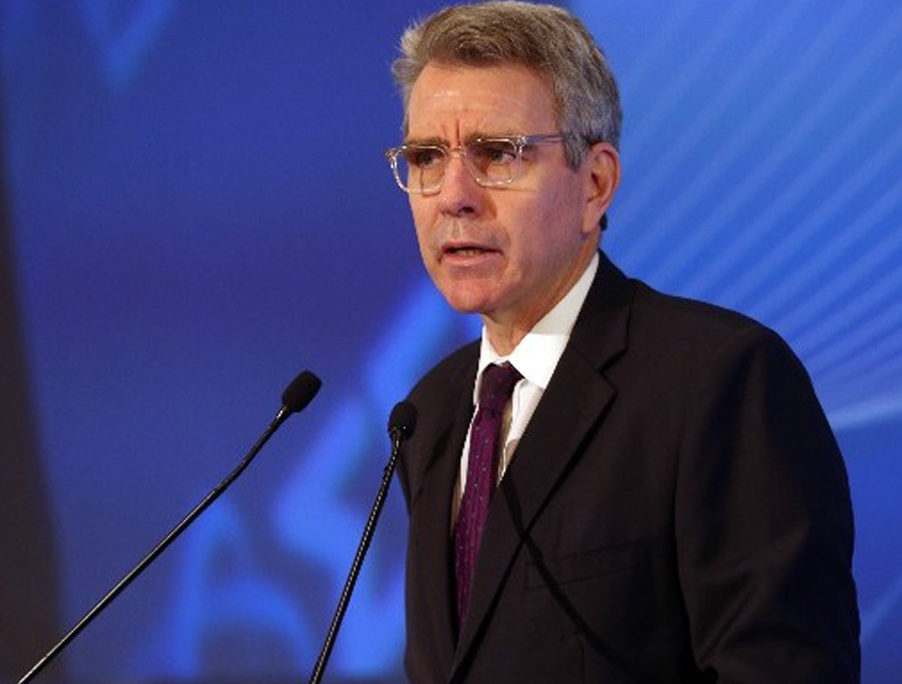 Let me start off by saying what a pleasure it is for Mary and me to be back in New York city, especially with all our friends from the Greek-American community

I want to say how pleased I am to be joining my friends Simos and Socrates, George and all the rest of the team, to be here in New York this week.

I have a very simple message. My presence here is a reflection of the Trump Administration’s strong support for Greece’s full economic recovery, and our commitment to working as hard as we can to see that this is the year that Greece truly re-emerges as a normal Eurozone economy. It’s been an extremely busy twelve months since we were last here in June of 2017, we had Prime Minister Tsipras in the Oval Office in October, we had significant expansion of the US-Greece relationship, including a very important meeting about a month and a half ago between Secretary of State Pompeo and Foreign Minister Kotzias where the Administration, the Trump administration, announced the commencement of a Strategic Dialogue between the United States and Greece, which is intended to elevate our bilateral relationship across the broad spectrum of our engagement including economic investment and business relations, our energy relationship, our military and security and counter-terrorism relationship and the work we do together to help build a safer and more prosperous Europe.

I want to make clear that this is not just rhetoric, but from the U.S. government side, it’s a reflection of a judgement that the Administration has made about the importance of Greece as a pillar of stability for the larger region, and the importance of Greece’s success for our wider agenda for Europe. You’re going to see us talking a lot about that between now and September, when the United States will be the featured country at the Thessaloniki International Fair, and we are very proud to have Secretary of Commerce Ross leading the U.S. delegation for that event. But what I would emphasize is the extraordinarily promising moment that we have arrived at in terms of the U.S.-Greece official relationship. And my mission here in New York this week is to make sure that the business and trade relationship, and the investment relationship, keeps pace with what we’re trying to do on the political side. So, again, Simos, Socrates, thank you for having me along, we’ll all have lots more to say tomorrow, but in the mean-time, to all of my Greek-American friends in particular, now is the time to really think hard about how we work together to fulfill the full potential of this relationship.