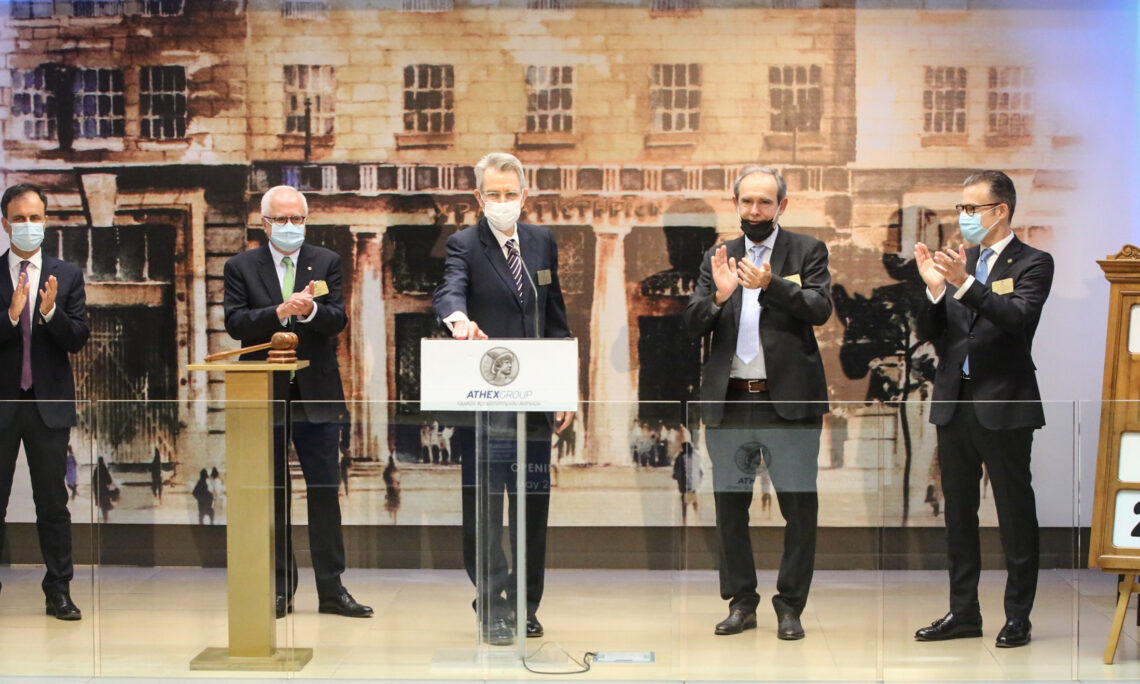 Thank you. Kalimera sas.  Socrates, thank you for inviting me to the Stock Exchange this morning to ring the opening bell.  Normally this time of year, I’d be accompanying the Greek Investment Road Show to Washington, DC for the SelectUSA Summit and New York for the Greek Investment Forum.  And I hope very much that we’ll be able to have those events in person again before too long.

But the good news, even while we work through the challenges of this global pandemic, is that the Biden-Harris administration has a laser-like focus on lifting up the U.S.-Greece relationship.  As President Biden told Prime Minister Mitsotakis during their telephone call to mark Greek Independence Day, the United States is committed to working with Greece to pursue sustainable economic recovery in the wake of the global pandemic.  President Biden knows Greece very well, and the Greek government is aligned with us on so many important issues.

And, of course, Greece performed better than most countries in its response to the pandemic, which has dramatically improved its reputation among the EU member states.  And as we begin to enter the post-pandemic era, Greece is relatively well positioned to emerge early and strongly from the economic shock of this global pandemic.

Greece is going to be able to access about 32 billion euros in EU recovery funds, which has the potential to dramatically reshape the Greek economy.  Prime Minister Mitsotakis is committed to targeting most of those resources, in sectors like digitalization and the green agenda, which align perfectly with U.S. interests and priorities.

We see fantastic opportunities for instance in energy in Greece, especially in technology and innovation as well.  During the pandemic, Greece launched an ambitious and successful campaign to digitize government in partnership with U.S. companies like Google, Microsoft and Cisco.

Microsoft alone has committed hundreds of millions of dollars in three data centers that will establish a Microsoft Cloud in the region of Attica.  This is a real gamechanger, which is calculated to add more than 100,000 jobs to the local economy by 2025 targeting not just Greece, but the wider Balkan market of 30 million people.

Greece is also emerging as a regional energy hub, with a special emphasis on renewables, e-mobility, and the circular economy.  Greece is positioned to be among Europe’s major generators of wind and solar power.  And Greek energy companies have already begun investing in renewables in the United States especially in the wind power sector.

The Greek government is also focused on how to grow partnerships with the United States and how to leverage American leadership in technology and entrepreneurship to help grow the Greek economy, leveraging the value proposition that Greece’s highly educated workforce represents.

We also see opportunities in tourism, which accounts for about a fifth of the Greek GDP.  We’ll have nine direct flights coming to Greece from the United States every day this summer, more than ever before, and this reflects how the U.S. market is looking at Greece today.  I’ve also been working closely, along with Minister Georgiades on Mohegan Gaming’s luxury casino resort complex in Hellinikon, which expects to break ground in the fall with the first phase of this landmark project ready by 2026.

Greece’s ten-year economic crisis has forced Greek entrepreneurs to be more creative and more outward-looking as they look for growth, which is the story behind a lot of the Greek success stories I see in the United States.

This is a moment of fantastic opportunity for the U.S.-Greece relationship and especially for our trade and investment ties, something I’ll have more to say about next week as I travel to Thessaloniki and Patras. The Embassy and I will do all that we can in partnership with the Greek government and the Greek private sector to facilitate trade and investment opportunities between the U.S. and Greece and drive our relationship to even higher levels.  And I know Prime Minister Mitsotakis and his team share that goal as well. Efcharisto poli.