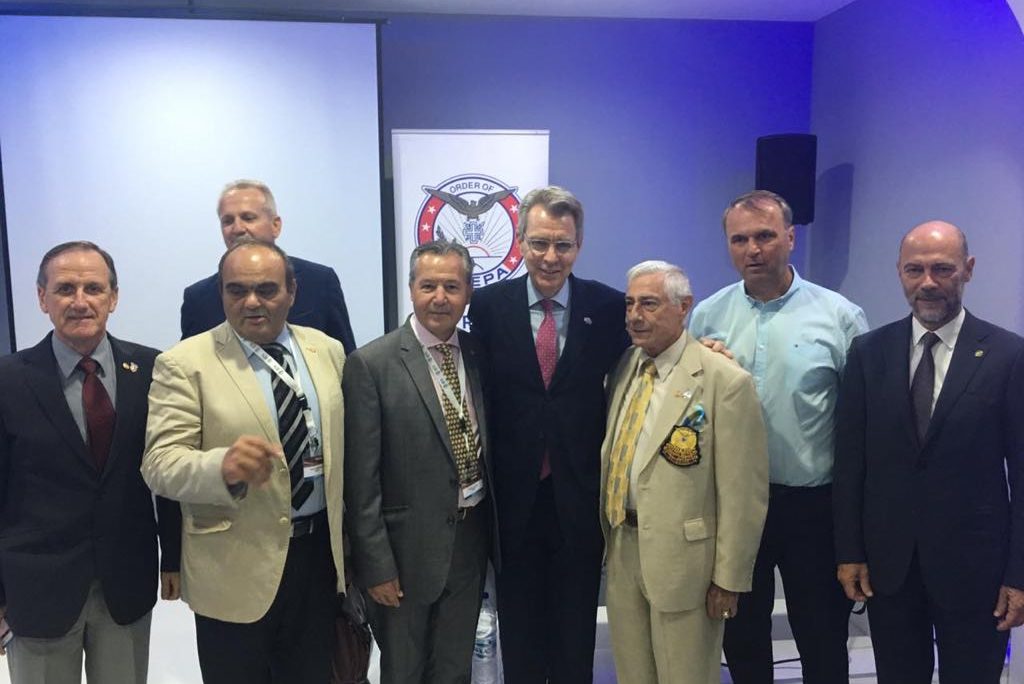 Ambassador Pyatt: Allow me to say, first of all, I’ve had the pleasure of spending some time with George and my friend Basil last week when they were in Athens before they came up here to joins us in Thessaloniki. We’re very proud of the fact that AHEPA has joined as a participant here at the Thessaloniki International Fair.

I see AHEPA as a particularly powerful element of the people to people relationship between our two countries. Because you have this fabulous grassroots network, I know that both Bazil and George were very quick to go and see Senator Johnson and Senator Johnson told me, I know AHEPA, of course, and I was glad to see the new President. And that’s, again, one of the real powers of AHEPA is you represent America from coast to coast and the Hellenic community around the world.

So I’m particularly grateful also for the fact that on this visit among other things George and Bazil were meeting with the Governor of Attica and some of the Mayors in the region around Mati that was affected by the terrible fires this summer. And I want to commend your generosity also to this humanitarian crisis.

So thank you for having me. I look forward to hearing the presentation.