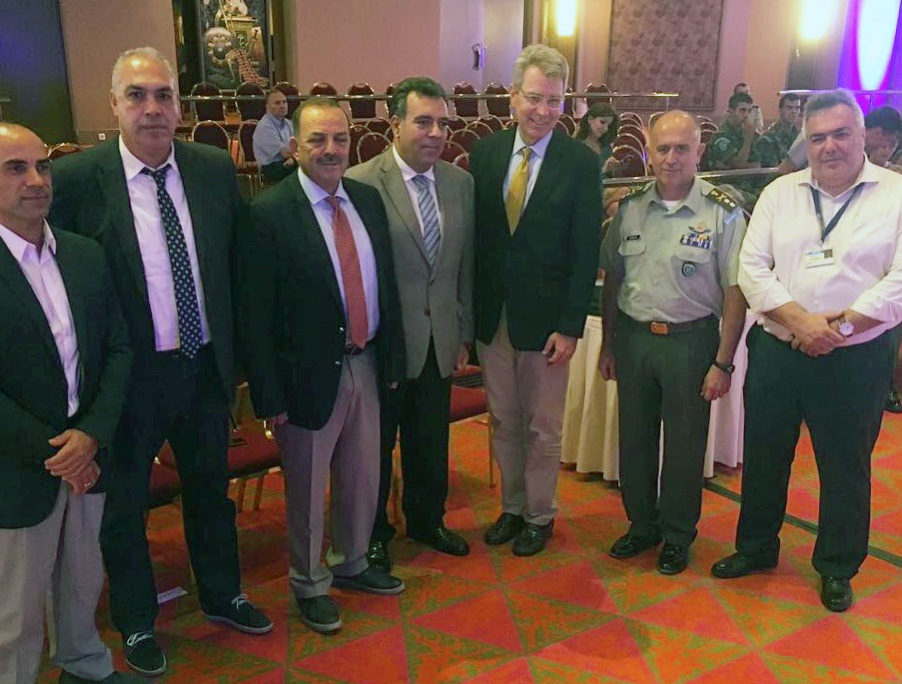 Ambassador Pyatt in Rhodes on the Anniversary of OPCW

Organization for the Prohibition of Chemical Weapons
Rhodes
August 30, 2017

Good evening.  Thank you very much, Professor Seimenis.  It’s a wonderful honor and a pleasure for me to be here this evening as part of this very important celebration of the 20th Anniversary of the Organization for the Prohibition of Chemical Weapons.  It is a special pleasure to do so here in this beautiful and uniquely historic city of Rhodes.

I want to acknowledge the presence here this evening of a number of distinguished individuals: the Mayor, my friend Manos from the Parliament, many members of the Hellenic Armed Forces, the Vice-Rector of the University.  Your presence is an important reflection of the commitment to develop Rhodes and the university’s role as an extrovert, outdoor oriented institution.

I understand the Embassy has a long-standing relationship with the university, and has also done significant work with the Education Department here on new methods for teaching English.  So, it’s great for me to be able to expand our work together tonight.

As in so many other places on the international stage, Greece and the U.S. work together very closely in the OPCW demonstrating our shared commitment to democratic values and to improving global stability and security through eliminating the use and existence of chemical weapons.

I understand that Professor Seimenis himself has strengthened this partnership, serving as Greece’s OPCW observer on the U.S. ship Cape Ray in its mission to help destroy Syria’s chemical weapons in 2014.

I am very proud that the U.S. is a leader in destroying chemical weapons, and that we have worked with Greece and the other 190 member states of the OPCW to destroy approximately 95% of all declared chemical weapons stockpiles in the world. The U.S. also worked to establish the Implementation Assistance Program in 2004 to help states parties in fulfilling their declaration and important/export control obligations under the Chemical Weapons Convention.

Along with Greece and the other States Parties to the Chemical Weapons Convention, we have also long expressed our strong condemnation of the use of chemical weapons by anyone. Their use violates international standards and the very principles and values that make us human, and will not be tolerated.

But our work is, of course, still far from over, as we witness the Assad regime’s continued abominable use of chemical weapons on the Syrian people, even after Syria committed to end its chemical weapons program in 2013.

We have made it clear both in word and deed that the Assad regime must immediately cease the use of chemical weapons and fully comply with its obligations under the Chemical Weapons Convention and UNSCR 2118 to destroy its chemical weapons program in its entirety. Syria is a State Party to the convention and faces international censure for its current failure to live up to its obligations. The OPCW continues to express its concerns about gaps, inconsistencies, and discrepancies in Syria’s declaration, and to pressure the Assad regime to comply.

In addition to the Assad regime, we have expressed serious concerns with the reported use of the nerve agent VX in the assassination of Kim Jong-Nam in Malaysia as well as ISIS’ repeated use of sulfur mustard in chemical weapons attacks in Syria, as well as in Iraq. There must be consequences for these actions and those responsible must be held accountable.

The international community benefits from OPCW’s consistent application of the provisions of the Chemical Weapons Convention to all member states, and the 2013 Nobel Peace Prize is a testament to this organization’s commitment to world peace and security.

The United States will continue to support our partners and UN colleagues to investigate and bring an end to the use of chemical weapons. And together with Greece, we remain dedicated to the mission of the OPCW as it continues to work for a world free of chemical weapons.

Thank you again, Professor Seimanis, for hosting me tonight, and I look forward to continued cooperation. Καλό σας βράδυ…