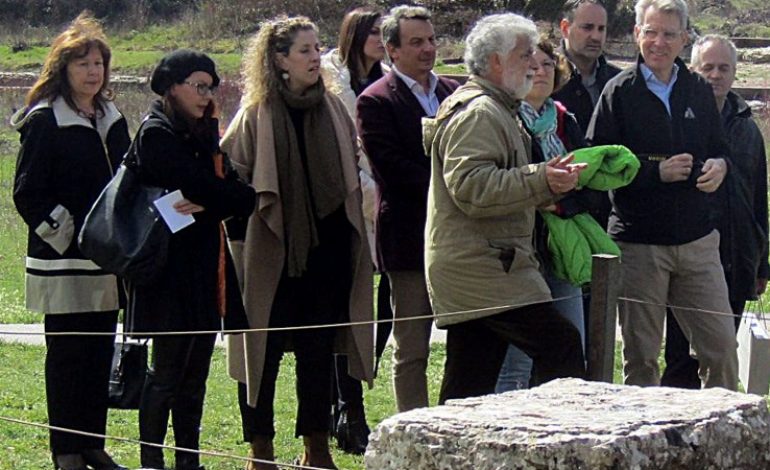 Over the last two years, I’ve had the pleasure to explore Greece, from its cities to its islands, from its mountains to its archaeological sites and cultural gems.

Reflecting on my travels in Greece, here’s my advice to Americans: dive deep into Greece and let yourself be amazed by the options available.  We learn from a young age that Greece is the birthplace of democracy, the cradle of western civilization, and so many people plan their whole lives to go to the Acropolis and the various monuments in Athens that record the birth of democracy.  Do not miss them, but I would encourage you to venture further, to visit ancient Dodoni or ancient Olympia, just a couple of the dozens of UNESCO world heritage sites in Greece that are still largely undiscovered by American tourists.

I also advise Americans to expand their horizons beyond the customary island stops like Mykonos and Santorini.  They are incredible places for a holiday, but many of Greece’s lesser-known islands, like Syros, Naxos, Andros or Chios, will also take your breath away.

In April, I visited Mount Athos.  I found it to be a uniquely spiritual place where Greece’s rich Orthodox tradition thrives, along with its deep connection to the Ecumenical Patriarchate in Istanbul.  Its rough landscape and rolling hills are home to some of the most important, traditional Greek art, like the 9th century Axion Esti icon, and some truly amazing monasteries.

Greece’s Minister for Tourism, Elena Kountoura, has made it easier to enjoy the country by implementing new policies to extend the travel season, promoting new thematic products, opening new markets to boost connectivity, and promoting new Greek tourism investments. American companies are expanding into the market now with Avis returning to the market with an $81 million investment and hotel operators like Marriott, Hyatt and Wyndham rapidly expanding their foothold in the market. It also helps that Greece recently earned the State Department’s best travel advisory level possible.

So we are also planning for tourism to play an important role at the Thessaloniki International Fair this September, where the U.S. will be the honored country. I can think of no better reason to plan your Greek holiday to participate in what will be a landmark event in U.S. support for Greece’s economic recovery and the completion of its last bailout program.

The United States has a stake in Greece’s return to economic growth and stability, so I applaud efforts, like this Greek News tribute, to increase tourism and with it, build appreciation for Greece’s first-rate cultural and natural gems as a way to help Greece emerge from its economic crisis.