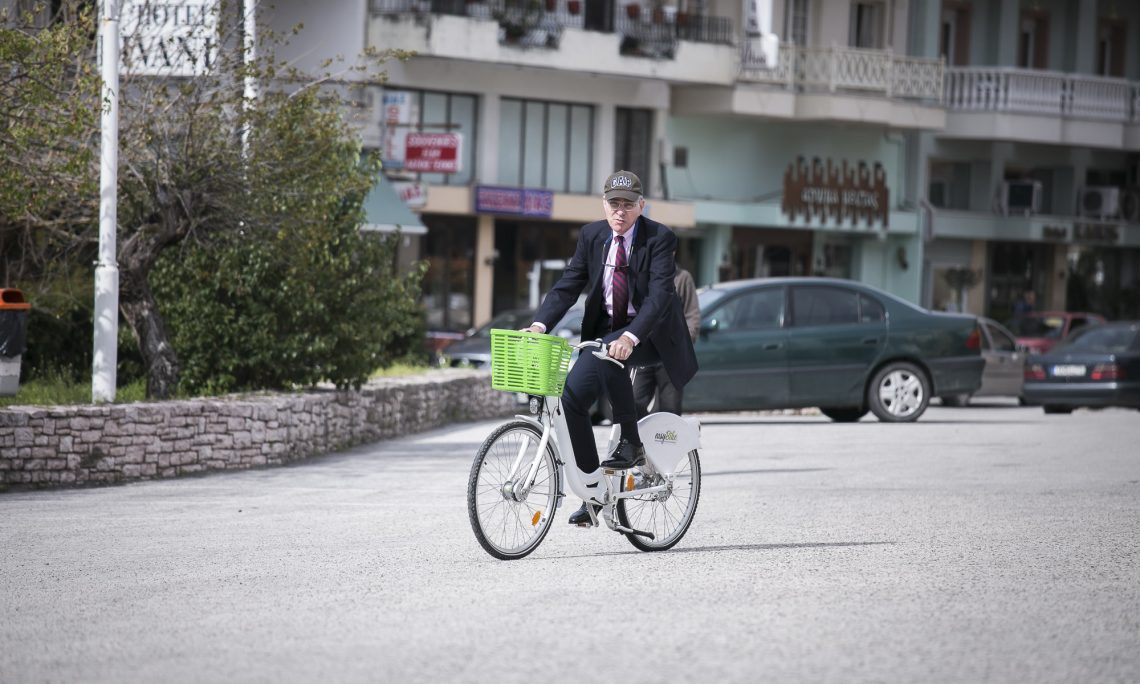 March 21, 2017 – Ambassador Pyatt visited on March 19, the “smart city” of Trikala in Northern Greece. He attended the graduation ceremony for the 40 girls in the Trikala CodeGirls 2.0 program who completed the two weekend course to introduce new concepts and progress their programming skills. #CodeGirls is a U.S. EMBASSY ATHENS program with the Greek NGO Mataroa to teach girls, age 10-16, the fundamentals of web development through HTML, Cascading Style Sheets, and JavaScript.
While in Trikala, Ambassador Pyatt, an avid cyclist, also met with Dimitris Dimitriadis, creator of the Easy Bike system. EasyBike is the first bike sharing system to be developed and successfully implemented in Greece. EasyBike is an initiative that promotes sustainable mobility. Trikala Mayor Dimitrios Papastergiou took Ambassador Pyatt on a tour of his tech-empowered city.
Ambassador Pyatt also visited the Tyras milk and cheese factory and toured their facilities.